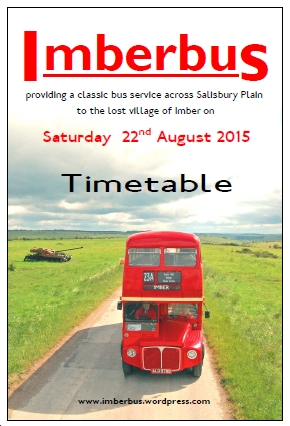 On a cold winter’s evening back in 2009, over a few pints in a Bath pub, four transport professionals came up with the idea of running a bus service to the village of Imber on Salisbury Plain.

Following lengthy negotiations with the Ministry of Defence at a very senior level, the Bath Bus Company was permitted, with the cooperation of several other operators, Transport for London and Wiltshire Council’s Transport Department, to run a bus service 23A from Warminster to the village of Imber on 5th September 2009. Operated as an ordinary local bus service using former London Transport Routemaster buses, the service proved to be very successful and so has now become an annual event, with services now extending beyond Imber to the villages of Market Lavington, Tilshead and Chitterne, plus other remote locations on Salisbury Plain, such as New Zealand Farm Camp and Brazen Bottom.

Two of the bus professionals were former London Transport supremo, Peter Hendy (without the silly hat) ... 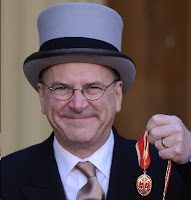 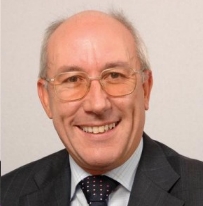 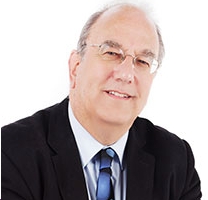 BBC actually handles the service registrations which enlarges the preposterousness of it all. How crazy can it be that RATP (the Paris bus and metro operator and owner of BBC) is technically running buses to an unoccupied isolated village on one day a year with vehicles supplied by London bus companies?

Anyway, thanks to two kind contributors, fbb can publish a series of pictures of the weirdness of this excellent day.

First, a batch of routemasters, two old and one new, the latter better known as a Borismaster. 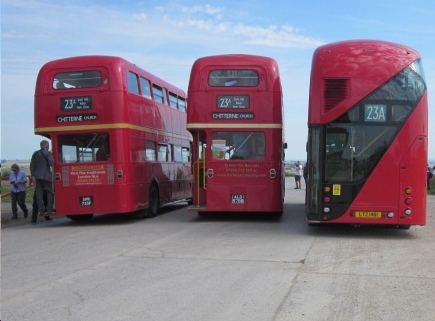 Then there was Ensignbus's open topper ... 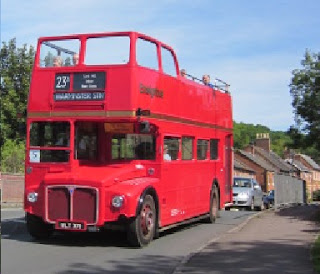 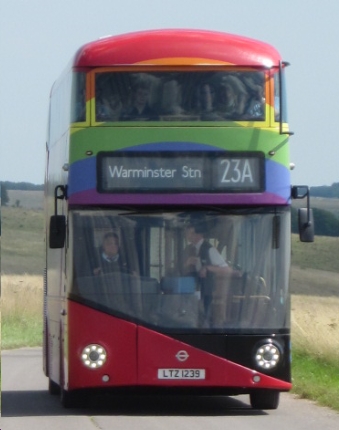 London Buses, of course, now have to be completely red - except when they aren't!

Also at Imber was the London Northern routemaster coach. 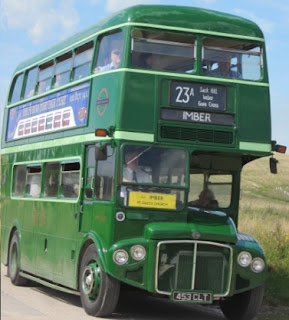 It was all slightly surreal. 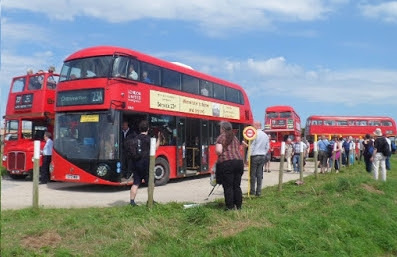 The timetable provided a bus every 30 minutes between Warminster and Imber itself ... 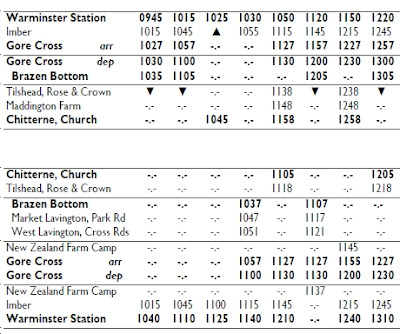 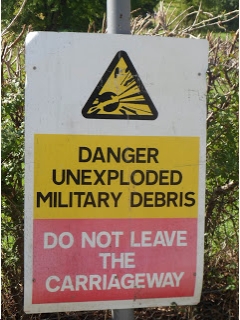 ... and out the other side to the relative sanctity of some picturesque Wiltshire Villages.

And if the thought of catching a bus to Brazen Bottom or New Zealand isn't the ultimate in preposterousness, how about a ride on this? 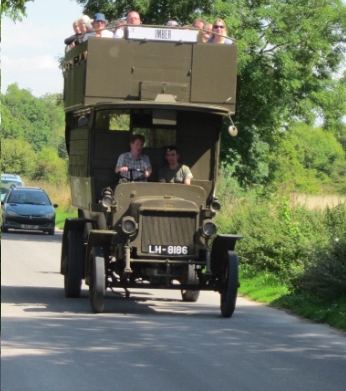 LH 8186 has been "done up" in World War 1 disguise as part of recent commemorations; and it, too, ran to Imber. Glorious. Here it is "as normal". 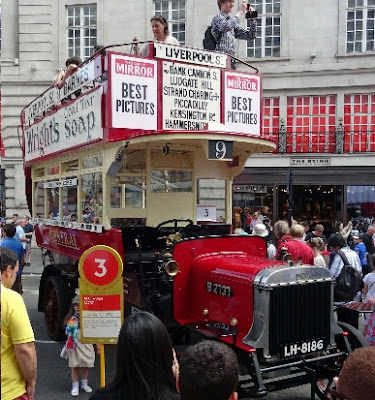 And as a special treat (fbb thinks, but is not sure) you could have been driven by Leon Daniels, sir, himself. 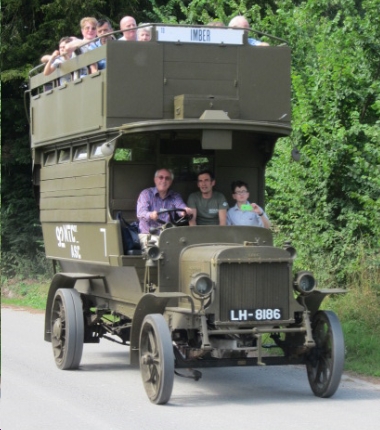 What an amazing day.

Sadly (in some ways), fbb was in Shoreham-by-Sea. Maybe next year?

By the way; refreshments were available ... 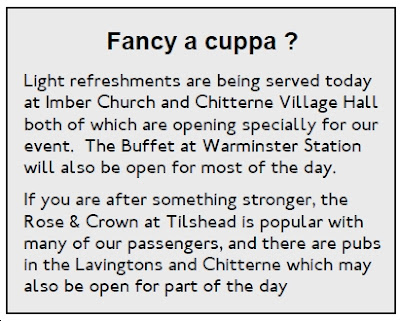 ... but there was a sobering warning on the timetable leaflet.

What other facilities are available at Imber?
The short answer is almost nothing! As Imber is normally closed to the public there are no shops, no permanent toilets and no mobile phone reception. We therefore strongly recommend that you prepare for this before you board the bus (the nearest public toilets will be at Warminster Station and alongside Warminster Central Car Park).

Could be a struggle for the likes of fbb!

Profits from the day are donated to the Royal British Legion and Imber Church.

Tomorrow we conclude our look at trams (and a few buses) in Besançon, France. Rather ordinary (yawn?) by comparison with Imber.

Thanks to John and Northampton correspondent Alan for loadsa stuff.


Next Besançon blog : Monday 31st August
Posted by fatbusbloke at 02:00