What Do You Think about Croxley Link? [3]

Thanks anonymous (comment yesterday), the errant Magicbus 22 timetable has finally appeared on the Stagecoach web site. 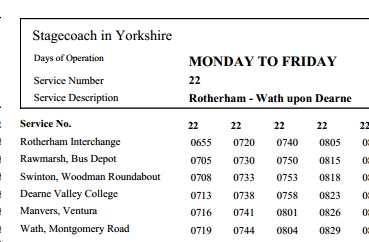 Two new stations are proposed, neither of them on the site of previous platforms. The first will be at Ascot Road adjacent to the "Big Yellow" self storage warehouse. 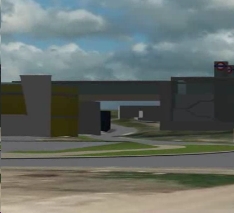 Part of the platforms will be on the old bridge, or its replacement, over the "old" Ascot Road ... 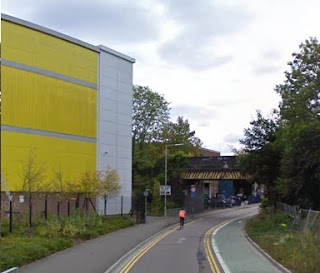 ... part on the eastern end of the new viaduct. The old station of Watford West is not being replaced. 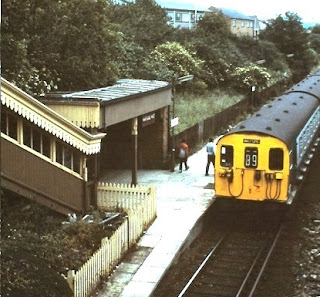 The Entrance was on Tolpits Lane and, amazingly, some seven years after the line closed finally and officially (12 years after it closed in practice!), the Google Streetview noddy car espied the station sign! fbb has dispatched No. 3 son to see if it is still there in 2012. 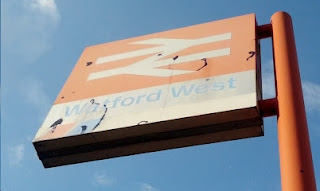 And it is! As is the sign explaining about buying tickets ... 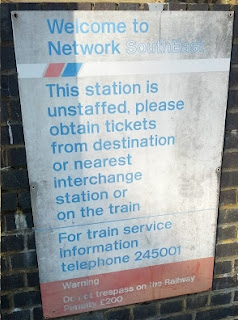 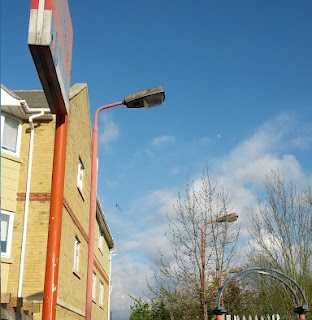 Perhaps you may feel sorry for folk who have bought the new flats alongside the access path to the closed station. They'll now get a train every 10 minutes each way past their bedroom window!

Thanks to No. 3 son for trekking to Tolpits Road to provide these up-to-the minute snaps!

The next thoroughfare to be crossed by the line is Vicarage Road, the home of Watford's Hospital, the Football Ground and, until recently, No. 3 son's flat! Here the road bridge over the line is narrow and controlled by traffic lights ... 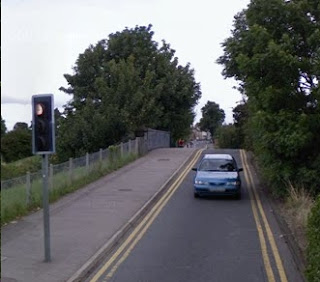 ... and here will be sited the new Watford Hospital station. Local rumour suggests that there are no plans to rebuild the road; which could be fun!

Then follows another closed station which has disappeared into the annals of ferroequinological history. 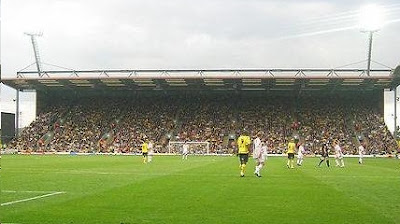 Watford Stadium is the home of Watford Football Club (The Hornets). The halt was opened in 1984 and trains called there only on match days. 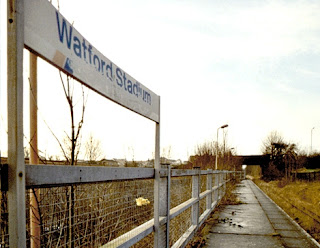 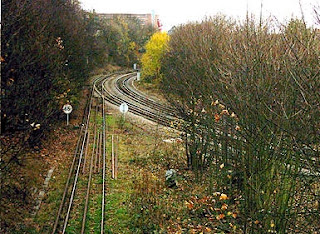 ... and continue to serve the existing stations at Watford High Street and Watford Junction.

Meanhile the former Metrolpolitan line terminus is to be closed but the track will be retained for stabling trains as there is no spare room at the junction. Needless to say, residents of the Cassiobury Estate, served by Watford Met, are far from happy. They don't want to walk to High Street or Hospital and they are campaigning to retain a service. 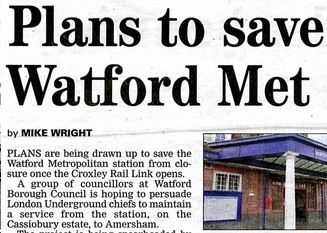 They've got a point! The present bus service into the estate consists of an infrequent Monday to Saturday 352 ... 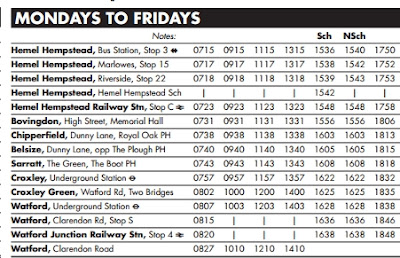 ... and Monday to Friday peak hour buses on the local W30.

So a protest group is active and vehement. 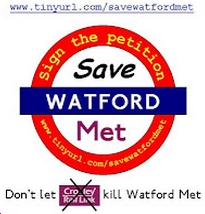 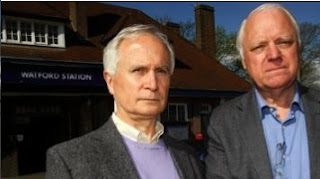 ... Liberal Democrats who sit on Watford Borough Council, will be presenting TfL with three alternative scenarios which would keep the station open.
.
The first is for some trains to continue from London and terminating at Watford Met, as well as Watford Junction; the second proposal to maintain a small shuttle service between the station and Croxley. The third proposal is for a new service between Watford Met and Amersham, which the councillors have dubbed the North Curve. 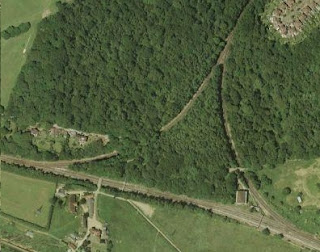 The "North Curve" is actually the "West Curve"
and would take trains left to Amersham.
Existing trains run right to London

This, they argue, would open up the benefits of the new rail link such as easy access to the hospital, to people from other parts of south west Hertfordshire like Chorleywood and Rickmansworth.
.
Councillor Derbyshire said: "The service from Watford Met station is important not only to local residents travelling into London for work, but also to students of Watford Boys Grammar School and of the new West Herts College, as well as to patrons of the recently re-opened Colosseum entertainment venue and visitors to Cassiobury Park."
.
Clearly there is more to come on this story. fbb's dynamic local correspondent will keep us all informed. Thanks Rob!


Next Blog : Saturday 5th May
Posted by fatbusbloke at 03:55