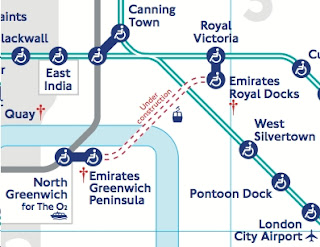 Perusers of the London Underground map will have noticed a new "line" under construction in Docklands. Observers in the real world will have spotted some of "these" on the edge of the Thames near the O2 arena.

And if you were out and about on 2nd May you might just have seen some gondolas ... 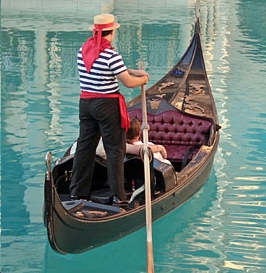 ... (not like these) crossing the Thames as the "Emirates Air-Line" was being tested. 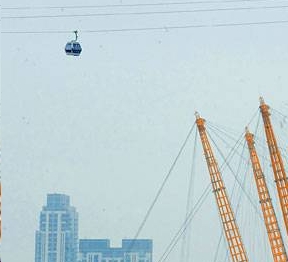 Boris thinks it's a great idea!
Speaking in 2010 when the plans were first unveiled, the Mayor said: "A cable car spanning the majestic Thames would not only provide a unique and pioneering addition to London's skyline, but also offer a serene and joyful journey across the river... 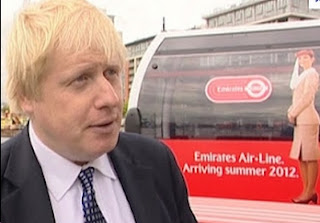 ... Passengers would be able to drink in the truly spectacular views of the Olympic Park and iconic London landmarks whilst shaving valuable minutes from their travelling time. It would also provide a much needed enhancement of cross river options to the east of the city."

And so do some of the newspapers:- 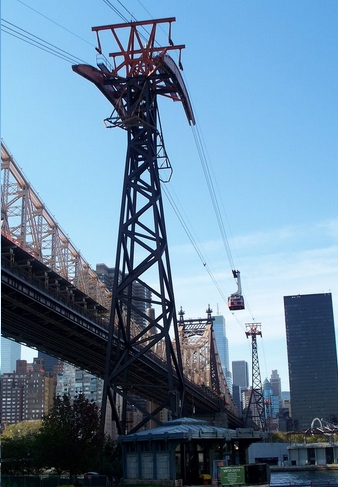 The "Roosevelt Island Tramway" runs alongside
the Queensborough Bridge, New York.
.
... and Singapore who all operate cable car systems. It is not yet known how much a trip on the cable car will cost, but TfL [Transport for London] has said travellers will be able to pay by Oyster, the pay-as-you go card which already functions on London buses, underground trains and the Docklands Light Railway.
Other papers predict financial disaster for a £60 million "White Elephant" which will need support from the taxpayer. The Emirates company has provided a spectacular computer simulation of a ride on the line (here). And here is one of the stations for real. 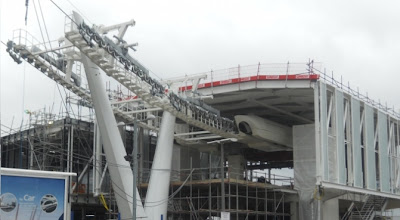 It all looks very exciting and spectacular. But the last sentence of the press quote above asks the big question.
How much? 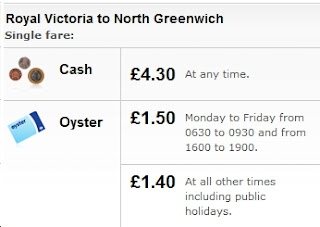 Yes, you may be able to pay by Oyster but fbb suggests (tentatively?) that it might cost just a smidgeon more than the Oyster Zone 3 Fare of £1.50 (peak). It might even cost more than the cash fare of £4.30. It might (surely not) cost even more than the £8.50 daily Oyster cap!
If fbb's guess is right, then surely this tourist attraction should not be advertised as part of the Underground network. And what about its TfL look-alike logo?

Of course! The name! It's a closely hidden pun on words which we, the consumer would never have spotted, would we? The Emirates Air (hyphen) Line sound a little bit like ... 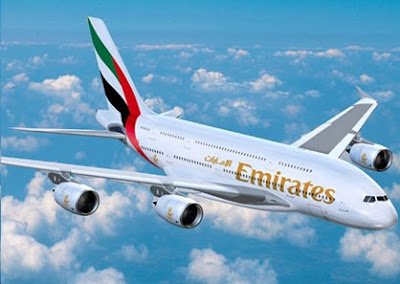 Subtle, but you don't pull the wool over fbb's experienced and world-wise eyes. This whole thing is one massive exercise in "product placement" and very much a financial trap for those who might try to use it as a part of the TfL Underground network.
We await with interest details of the fares. If it is only £1.50, fbb will dance the frug in a Vlad the Impaler costume whilst playing the alpenhorn.
But maybe privately!

Tomorrow, back to fbb's recent tour of the new Southampton bus network.