Southampton to York : Then and Now [2]

... using his copy of the Midland Railway Timetable, which helpfully lists through and connecting services to other company's destinations, as shown in the extract below. 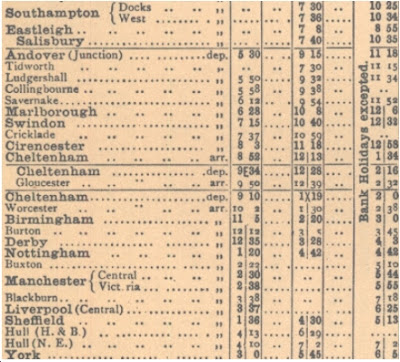 In 2012 fbb takes approx 5 hours for a Cross Country Trains journey from Southampton Central to York. In 1903 PRG would be travelling for 7 hours and 40 minutes on the "direct route" via Cheltenham departing at 1025; that seems amazingly fast for the time, especially when compared with ten hours for the 0730 departure!

He may well begin his journey at Southampton Docks Station ... 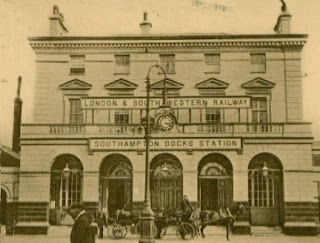 Such a facility, close (ish) to ferries from the Island, is not available to fbb in 2012 although the original building still stands. It's a Casino! 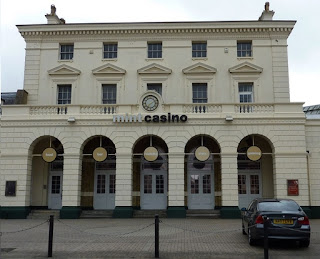 The busy station that lay beyond (subsequently renamed Southampton Terminus) ... 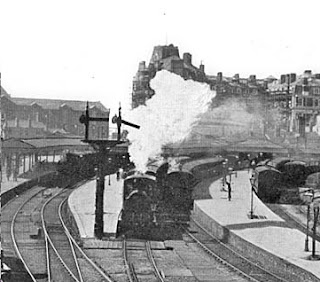 ... has all but disappeared, leaving just a few chunks of overall roof. fbb leaves from Southampton Central, then named Southampton West. 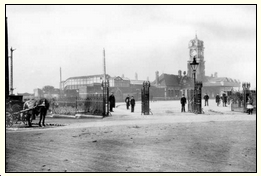 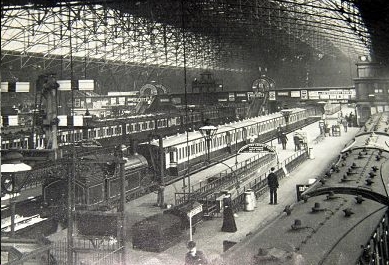 ... and plans for a major rebuild are currently in hand. This somewhat over optimistic video of a near deserted rebuilt station looks really superb (view here) but perhaps the reality may not quite so slick in practice! An interesting piece of railway trivia:- the station was, until rebuilt in its current from, split into two separate halves by a public road passing under some of the station facilities as seen in this 1950s map extract. 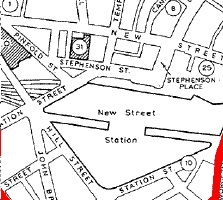 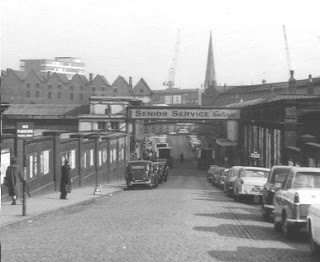 That must have been fun for those trying to manage the station!
Derby Station has changed a bit since this 1903 print! 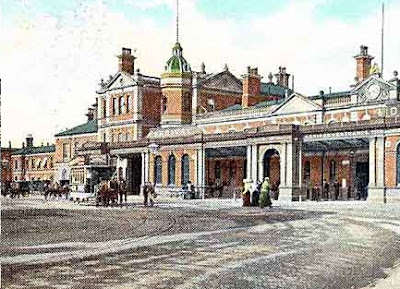 The latest development has been a complete rebuild of the platform area with footbridge link to Pride Park, off the the right of this aerial view. 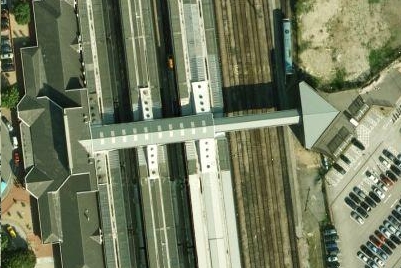 And so we travel on to Sheffield which lost its overall roof in the early 1950s ... 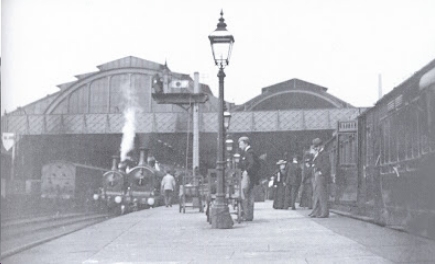 ... and where the "porte cochère" (familiar to PRG when he joins his carriage en route to a House Party at Chatsworth) ... 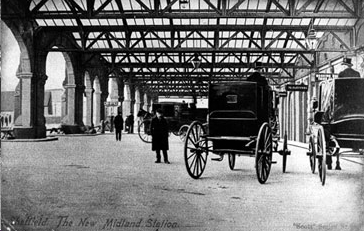 has recently been fully enclosed and incorporated into a much larger retail and ticket sales area. 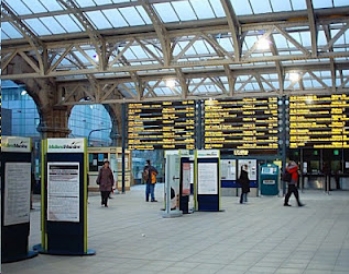 Our PRG wends his weary 1903 way to York station which, pleasurably, retains much of its Victorian grandeur and glory ... 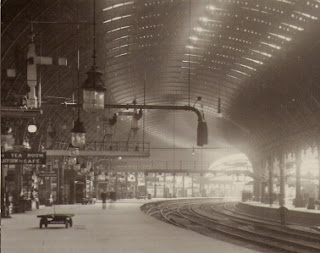 ... although it has lost the centre track and the scissors crossover shown here.
By now in 2012 fbb, Mrs and friends Julia and David are happily settled in their B&B. See Southampton to York : Then and Now [1] (read again). Today (Sunday) they will not have been woken by the first Transpennine train of the day. That delight must wait until Monday morning at 0630 when the 0628 to Scarborough growls past. 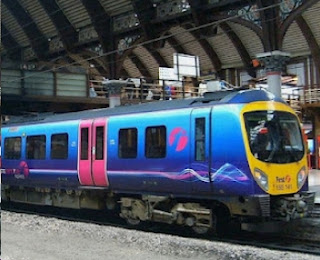 Tomorrow, a report on the fbb party's journey from Southampton to York; but via Basingstoke, Reading and Oxford. Much has changed in the century of railway development since the journey from the Midland Railway facsimile timetable.