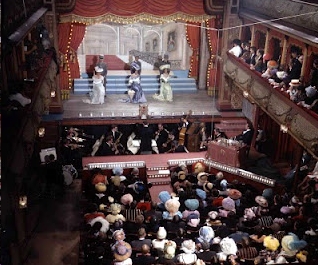 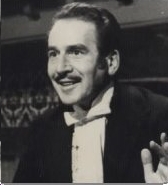 ... watched by millions. But fbb is referring to the "good old days" of the railways. This was when you could leave London and be served with a four course meal before reaching Bedford; vast hoardes of liveried flunkeys would attend to your every need; a string quartet played soothing music in the lounge car; and it all cost less than a bag of sherbet lemons.
Of course it was never like that.
But how was it? fbb has just discovered a long-lost book in the depths of the coal measures that he calls his "office". It was one of a series of facsimile timetable books published many moons ago by Ian Allan. 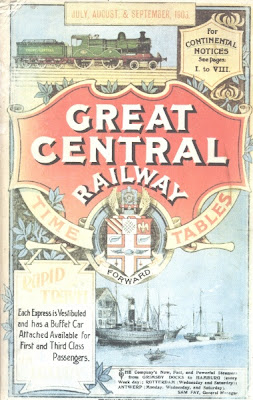 Note the date - 1903; so we can make valid comparisons. fbb will look at a journey from London to Nottingham then and now. For the record, there is a Midland Railway facsimile as part of the series, which was not "to hand" when fbb prepared this piece; anyway, he had already blogged on services from St Pancras nowadays so a journey from Marylebone will make a pleasant change.
1903 Departing  Marylebone 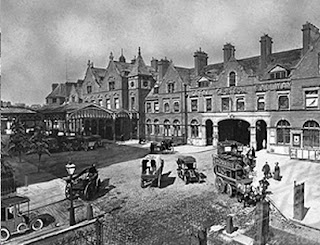 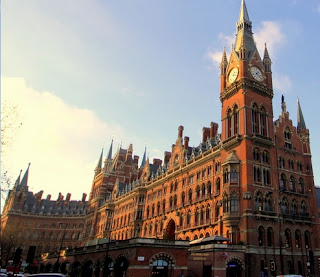 A bit unfair, as St Pancras is undoubtedly the finest station in the land; but made exceedingly fine on the back of Eurostar. After all, there was a proposal to close and demolish it in the 60s. Neverthless, it is a magnificently more splendid departure experience than the Marylebone of 1903. 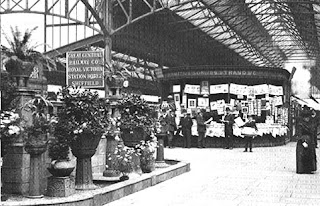 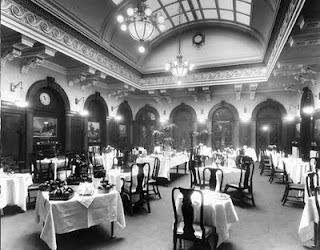 Large and medium-sized stations had silver service restaurants where the traveller could enjoy a full meal before braving the potential hazards of rail travel.
2012 Refreshment  St Pancras 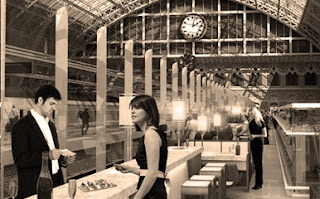 There are plenty of eateries and drinkeries at the new St Pancras, notably the longest Champagne Bar in the western arm of the galaxy but "meat, taters and two veg" is harder to come by.
1903 Arrival  Nottingham Victoria 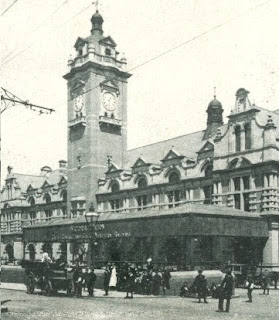 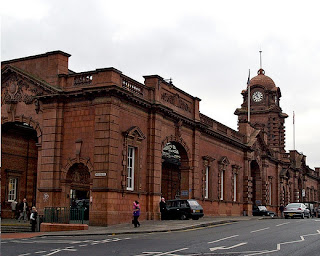 The former Midland station has a splendid entrance but the facilities are now comparatively bland. The travel experience is not particularly memorable; adequate and business-like but by no means luxurious. Of course in 1903 there would have been porters etc. eager to assist you; and an ostler to ostle with enthusiasm if you had decided to take your Brougham and pair with you. In equality-conscious 2012 you lug your own gage.
1903 Journey 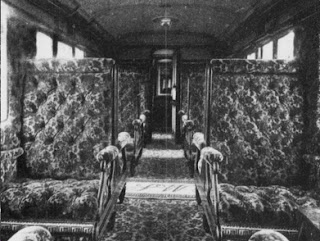 Luxurious if you travelled First Class but less so, slumming it in 3rd! 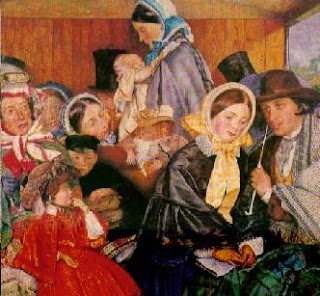 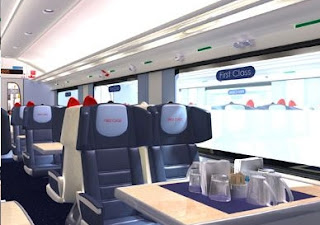 A bit less luxurious if you travelled First Class but much less so, slumming it in Standard! Standard Class comfort : London to Oxford
With the significant growth of rail travel (privatisation was conceived politically as a way of managing the terminal decline of the railway network), you are probably more likely to suffer seat deprivation on longer trips in 2012 than at the start of the 20th century.


On balance, then, things are still reasonably good today; but, ultimately, the comparison has to come down to the price and value for money. Here perceptions are quite different. Many would argue that the 1900s were the halcyon days for rail travel and nowadays trains are inefficient, often late and definitely over-priced.
Tomorrow we try to compare price and standard of service. But the trouble is that people's aspirations and travel requirements have changed; thus we are comparing apples and pears; which is never easy. Still, fbb will try!
In the meantime, enjoy the height of luxurious rail travel in bygone days ... 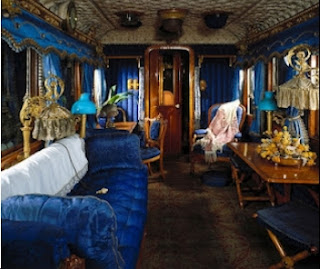