Has it Died, Civic Pride? [Again]

Would This Happen Today? 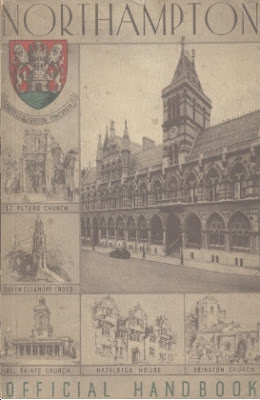 As part of a major domestic project to declutter (a project probably doomed to failure), fbb came across this old "Official Handook" for Northampton. fbb is not sure of the date of publication, but it is certainly pre-WW2. It has an advertisement for the original Bassett-Lowke model railway manufacturer. 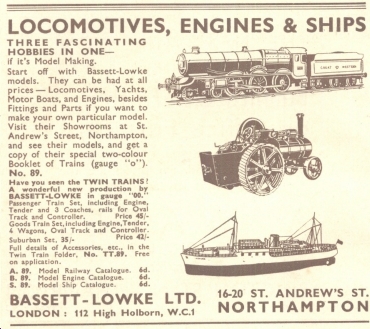 Bassett-Lowke is now used by Hornby as a brand for "O" gauge tinplate models. 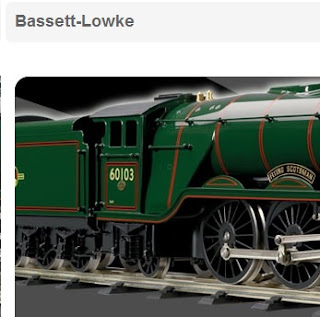 It has a picture of the Barratt Maternity Home, where, on 25th February 1945 (a Sunday, he recalls!) fbb was born; or, as Shakespeare puts it in "The Scottish Play", was "untimely ripp'd." 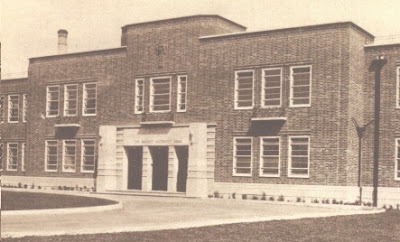 The magnificent indoor swimming pool on The Upper Mounts is also featured; then a recently completed addition to the facilities of the town, subsequently only once used by a junior fbb. (The outdoor pool near his home was available free as daddy was an employee of the company!) 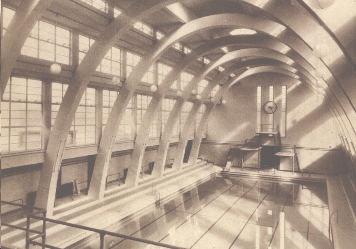 Although the spectacular arched roof gave lots of trouble over the years, the pool is still there and still in use. 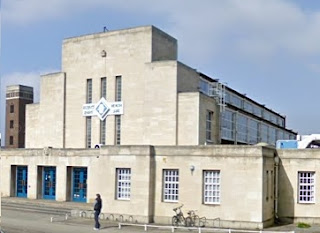 The faded volume also illustrates the prestigious halls of academe at Northampton Grammar School where, from September 1955 to July 1963, the then not so fat one was educated. 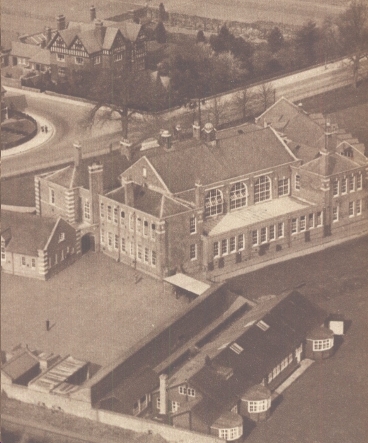 There is even a view of the Drapery with a couple of six-wheeler double deck buses. The Drapery is in the headlines now because it will possibly be the location for the overflow from the too-small new bus station. But is wasn't quite as busy then. 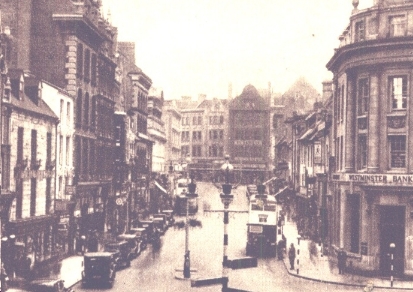 There is also an evocative shot of single deckers at the former terminus of Kingsthorpe. 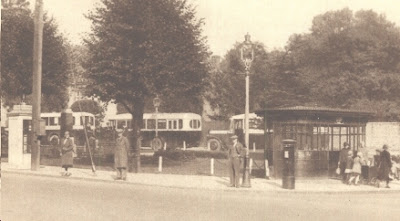 The scene is still just about recognisable today ... 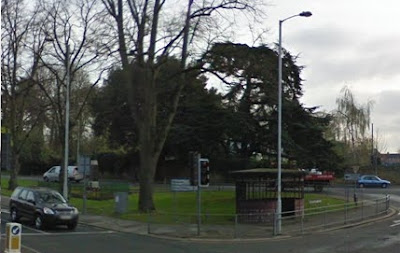 ... and the tram shelter is still there about 80 years later!
But what is so, so different from today is that the Handbook contains this paragraph ... 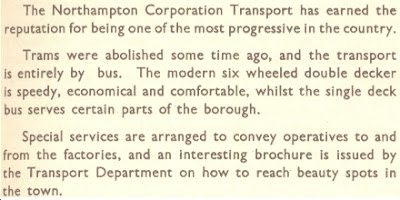 ...extolling the excellence of the municipal Transport undertaking. Not only that, but it has a picture, presented with civic pride, of the St James' bus garage ... 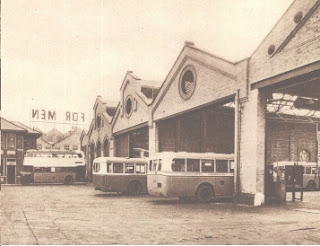 ... much rebuilt today, but now the home of First Bus. 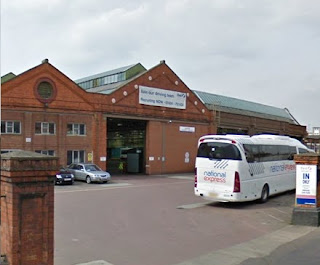 Which begs the question. Are there any town and cities today that will be lauding their transport facilities? Is there a civic guidebook anywhere in GB that will include, as an example of the town's excellence, a picture of a bus garage?
Civic pride really has died, bus-wise.
Next Blog : Sunday 6th May
Posted by fatbusbloke at 03:32