Aiming Higher with the Millbrook Flyer [3] 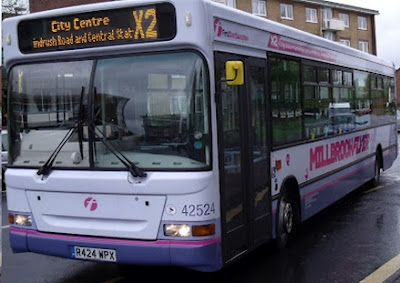 ... or a commercial disaster?


Before we get to the "nub" of the matter, a (perhaps pointless) plug for a book. There is much more about the railway line through Millbrook in this excellent volume. 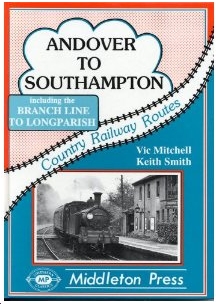 See "Aiming Higher with the Millbrook Flyer [1]" (read again). fbb bought his volume second-hand in Hungerford; it is currently out of print.
But our task today is to review the new X2 service to the Millbrook Estate, a route started on Sunday 29th April and observed by fbb on Thursday 3rd May.  The story so far ... 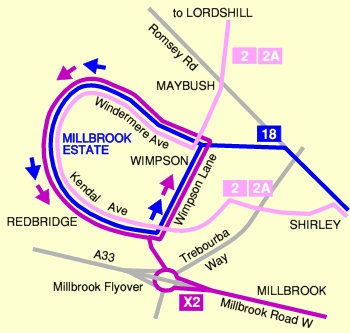 From 29th April these services were joined by a new route numbered X2 and branded "Millbrook Flyer". Unlike its slower companions, the X2 runs via the largely industrial Millbrook Road ... 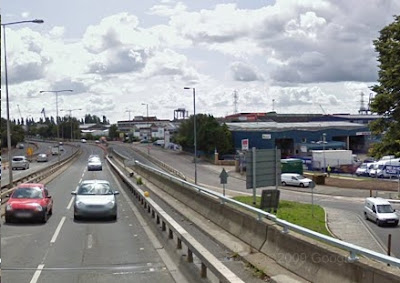 ... where there is little intermediate business; travel is mostly between Estate and City. The 2, 2A and 18 run via the busy Shirley shopping centre. 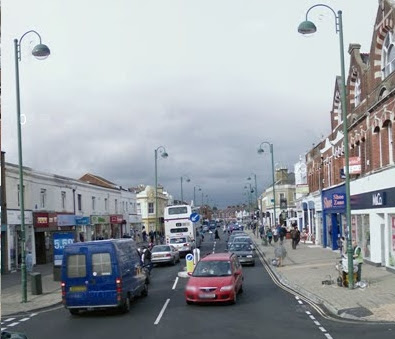 fbb was able to travel on two X2s on Thursday 3rd May, the fifth day of operation. A visit to the First Travel Shop revealed specific publicity for the new service ... 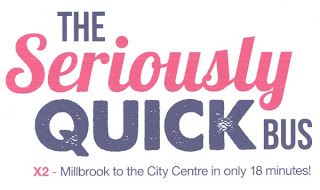 ... publicity which was lacking on First's Hampshire web site. On-line the Eclipse busway service was due to start on 22nd April ... 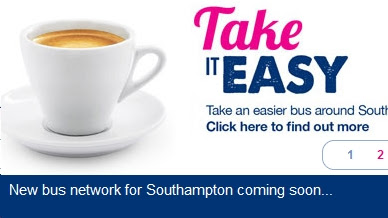 ... coming soon. This was STILL the breaking news yesterday 7 May, two weeks after the Eclipse "launch" and one week after the start of the new Southampton stuff. Clearly First's web management team had decided to "Take it Easy" and not bother to update their site.
fbb's two 2X journeys were efficient, comfortable and on time but, of the promised branding and new livery, not much sign. Just one bus spotted sporting its Millbrook Flyer logo, as illustrated above. Then this ... 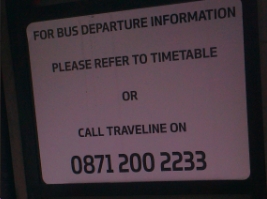 ... was not encouraging. It is a sticky-backed plastic label stuck over the city centre information screens. Not First's fault, of course, but a bad image for public transport; it says "we can't be bothered any more". At Millbrook Tower, the smaller "real time" (?) dot matrix display on the bus stop flag did not mention the X2 at all ... 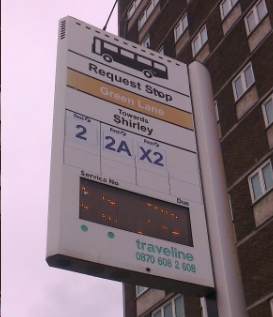 ... but, in the interests of even-handedness, the flag itself ignored Bluestar 18!

Some staff were struggling with the new network. One X2 driver admitted to having to do some homework for the next spell of duty as "we only got this information a week ago, (Three days before "launch"), which isn't very good, is it?"
No, it isn't.
And how many passengers were carried on fbb's very limited sample of two afternoon journeys? Outward to Millbrook Estate? 1 (one). Inward to City 20 minutes later? NIL. This careful and meticulous count omits fbb and chum who were, after all, not real, serious passengers.
Elsewhere in the bloggosphere it is revealed that First's excellent Southampton timetable book (of which more later) was unavailable in hard copy until Thursday 26th. Some were tastefully, nay professionally (?),  displayed on only one the many buses enjoyed by fbb. 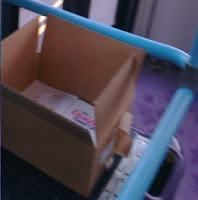 But, of course, First's staff delivered X2 publicity to every house on the Estate, didn't they?
.
Probably not; as they did not want to give away too many free rides! 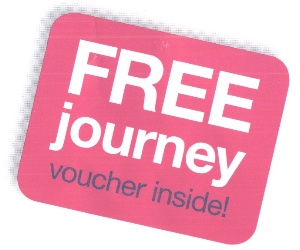 fbb's analysis during the first week, first impression; First weak. A spiffing idea but poorly executed. Where were the brass bands, the delightfully dressed dolly-birds, the balloons, the face painting, the Millbrook Flyer free T-shirts, the aunt sally with Fearnley's face at which to fling wet sponges?

You're being childish, fbb.
.
With "Hopeless Experience at Hedge End", fbb's review of  the new Southampton network continues on Thursday. Tomorrow: something different, something dangling (?).


Next Blog Wednesday 9th May
Posted by fatbusbloke at 01:40