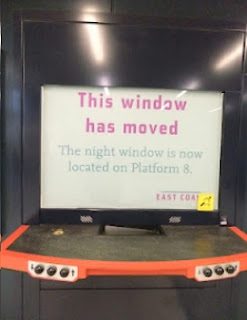 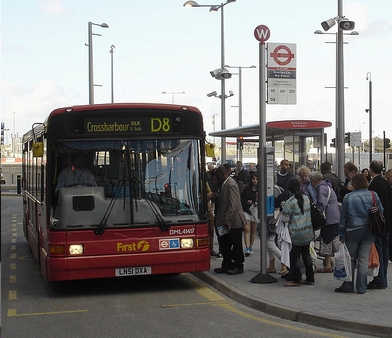 A PUZZLE PICTURE
Not difficult, eh? It's a London Buses D8 loading a busy bus stop, somewhere. But where?
The answer will be revealed later in this blog. In the meantime, another, less taxing question. What is a bus station for? In the good old days it was where all the buses ran from; maybe all the out-of-town buses; maybe all the buses of one operator; but often it was a place where you could safely plan to interchange from one bus to another.
When fbb visited Stratford (London) recently, he was perplexed by bus departure locations. Four routes leave from an impressive new facility called ... 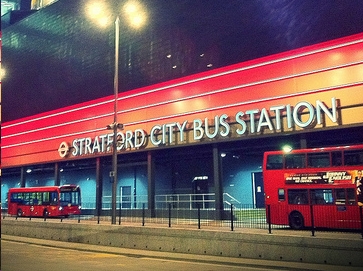 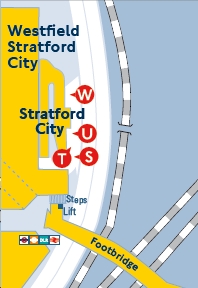 Transport for London shows it on the northern side of the new footbridge linking Stratford (and its "real" bus station) with the huge Westfield shopping development. It has four stands, labelled S, T, U and W, but ...

... only one, Stop W, is used. And, amazingly, this one stop is used by all four routes that venture into this outpost of bus stationitis in Stratford.
So a correct caption for the puzzle picture above would be "Stratford City Bus Station". The rest of this new, high profile facility appears to be used as a expensive park for vehicles "waiting time".
If you are changing buses in Stratford, or transferring from train to bus, you need to be aware that these four routes do not serve the "real" bus station which is located outside the main entrance to the Stratford stations. See "That's the Wonder of Westfield" (read again). 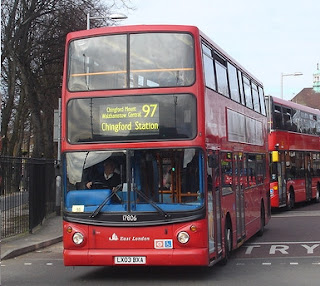 97  runs due north to Chingford : this route was extended south to Stratford City from its opening date. 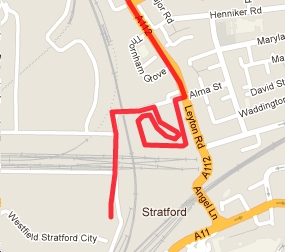 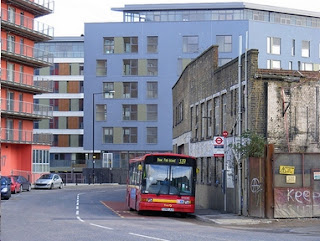 Not many Fish at Fish Island?
The service was extended to Stratford City from its previous Fish Island terminus. 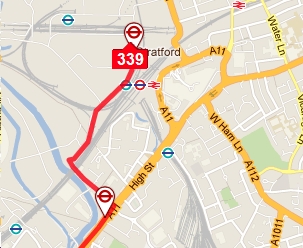 D8  follows the same route on exit from Stratford as the 339. 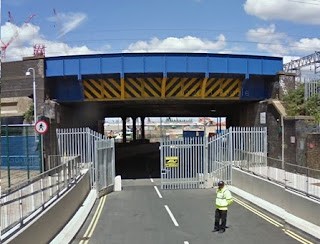 Presumably the gates on Warton Road are now opened and hopefully both routes are single deck? D8 to Crossharbour was diverted to the "City" bus station from Stratford itself. 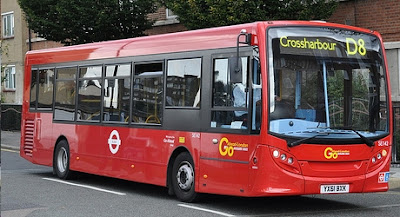 Which leaves service  241  which does pass through Stratford Centre, having been extended from there to the new terminal and will be dealt with in tomorrow's blog. 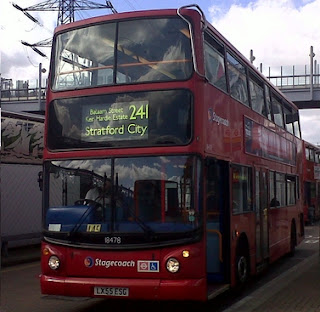 It is hard to see what the new facility is for; is it just because there was insufficient room back over the bridge? Whatever the reason, intrepid traveller in the Metropolis, your first lesson in the Transport for London game of "hunt the bus" is that you need to go to Stratford City bus station for the  97 ,  241  (possibly),  339  and   D8 .
It is worth remembering that the land used for the Westfield Stratford shopping centre and Stratford International station was originally all in railway ownership. This 1940s map extract shows the extent of sidings and depots. 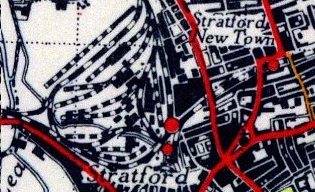 Many an avid trainspotter has crept furtively and uninvited round Stratford steam loco shed. 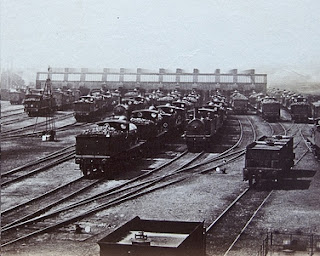 Somehow, the shopping centre seems to lack that essential "character" that was associated with the sound and the smell of steam. Hey ho, you are getting old, fbb!

Anyway, you would expect everything else to serve the original bus station, wouldn't you?