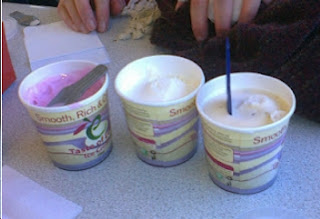 Tubs of delicious locally made ice cream; raspberry pavlova, ginger and run & raisin. Absolutely yummy; and particularly so on a hot day and on a train with less than effective air conditioning! But that was the best and the worst of the fbb trip on the Settle & Carlisle [S & C] line.
But we need to begin at the beginning. Thanks to advice from fares guru Barry Doe, fbb had a copy of this leaflet ... 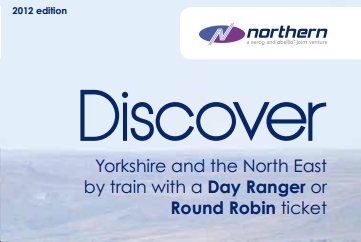 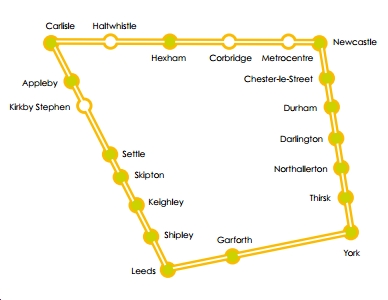 ... effectively a day rover ticket for travel anywhere on the routes outlined on the map above. 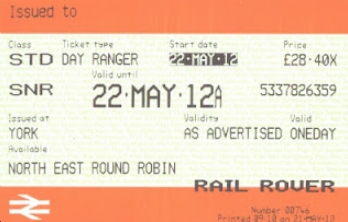 fbb would recommend an anti-clockwise circuit, starting at Leeds or York to get the boring bits out of the way first. North from York there's Durham Cathedral ... 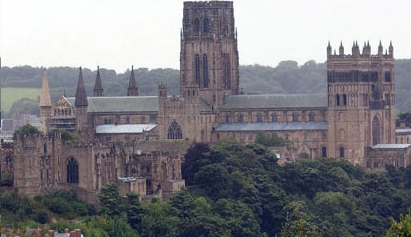 ... and a view of the Tyne on arrival at and departure from Newcastle thereupon. 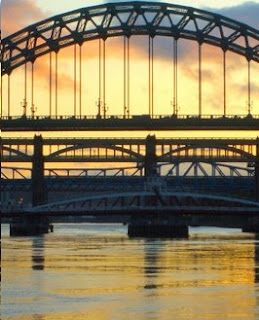 The Tyne Valley line runs through much pleasant country, increasing in grandeur as the journey proceeds Westwards. Railway enthusiasts will be aware of the unusual Wylam signal box passed under soon after leaving Newcastle. 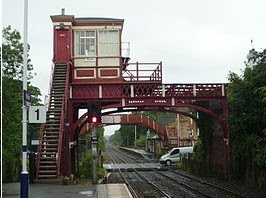 But, as Chris Tarrant might say, "We don't want to giver you that ..."; we are here to travel on the Settle and Carlisle line. Much has been written elsewhere, so fbb is content to report the highlights of his journey only. On the list for closure, with closed stations and a run-down service, the line appeared to have no future. 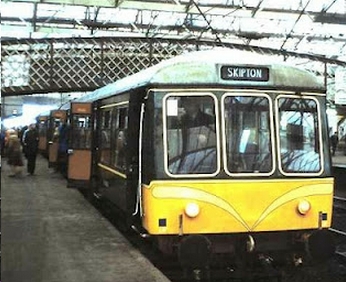 A massive campaign by enthusiasts and local people alike not only saved the line but re-opened many of the stations. It is the work of enthusiasts that still ensures that travel over the line is just a bit special. The scenery is, of course, spectacular ... 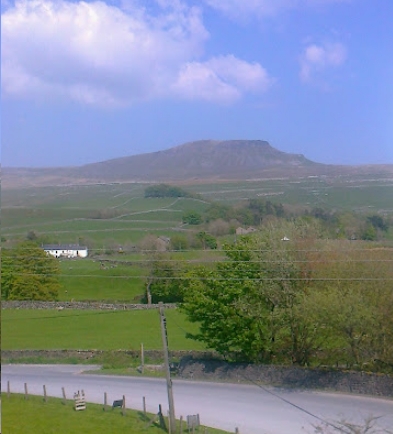 ... the stations are beautifully maintained ... 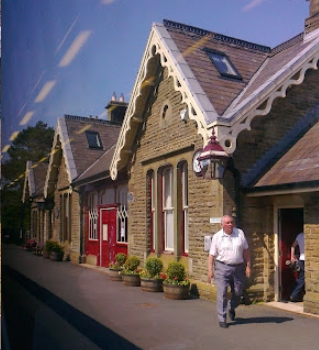 ... and there is simply nothing to beat Ribblehead Viaduct! 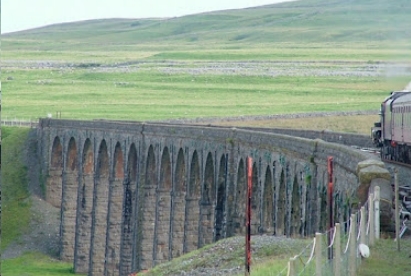 (even if fbb was on a more mudane diesel unit rather than being steam hauled!). But it was the ice creams that did it.

The trolley service is run by the line's development company (website here) and on a hot Tuesday in May carried a cool-bag stuffed with ice cream tubs. Eric was helping to push the trolley. Eric also helps look after the gardens at Settle Station. And it was Eric who came round with the bag to collect the rubbish.

And Eric is a volunteer!

The same enthusiasm that kept the line open continues to promote and support the service today. Our train had yet another volunteer who what distributing information leaflets and looking after a pre-booked party.

There was one disappointing note, however. At Carlisle Station there was plenty of information from Scotrail ... 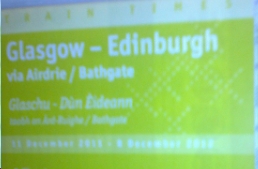 ... leaflets for Transpennine's services that don't go anywhere near the Pennines ... 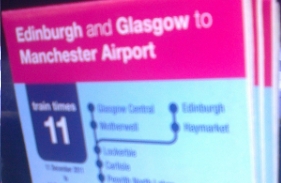 ... but nothing, absolutely nothing about the Settle and Carlisle line. But as one of Eric's chums said "Carlisle Station is pretty useless." Perhaps because it is run by V*rg*n Tr**ns?

If you have never ridden the S & C, dear blog reader, you  MUST  do so. The fbb's were blessed with spectacularly fine weather but snow and even light rain do not detract from the magnificence. But try to avoid low cloud or fog!

Eric and his chums deserve our support; as does the memory of Ruswarp (pronounced Russup) the dog. 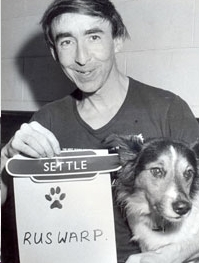 Among the people who formed the group that was to save the line was Graham Nuttall, a very modest Lancashire man, who shared with a growing number of people a sense of outrage that the S&C seemed condemned.

He became the first Secretary of the Friends of the Settle & Carlisle Line.

Graham and his faithful Border Collie dog Ruswarp were inseparable. Ruswarp's paw print had the distinction of being the only canine signature of objection to the line's closure. He was deemed to be a 'fare paying passenger' about to suffer 'hardship' should the line close.

On 20th January 1990 Graham went missing on a walking holiday. Then on 7th April 1990, a lone walker found Graham's body by a mountain stream in Wales. Nearby was Ruswarp, so weak that the 14 year old dog had to be carried off the mountain. He had stayed with his master's body throughout that winter.

Ruswarp was cared for by a local vet with fees paid by the RSPCA, who quickly decided to award Ruswarp their Animal Medallion and collar for 'vigilance' and their Animal Plaque for 'intelligence and courage'. Ruswarp lived just long enough to attend Graham's funeral. 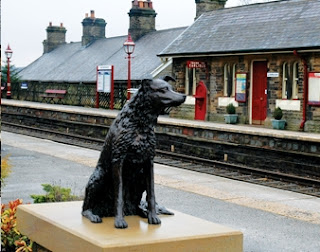 His statue now proudly sits on Garsdale Station platform.
.
And finally, a U-tube video of a steam special back in February 2012. (view here) Almost as delicious as the ice cream!

Tomorrow, a dire confession from the fat bus bloke.