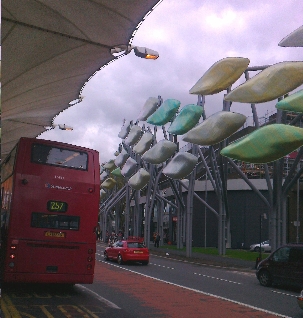 Intriguing decorative feature?
You step outside a busy railway station and there, just across the forecourt, is the bus station. Every possible connection is available to enable ongoing travel. It is called Integrated Transport and various governments have been extolling its virtue since 2001. Stratford bus station opened in 1994 ... 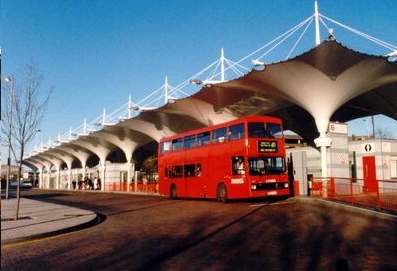 ... and all the bus routes are lined up to receive their eager passengers.
WRONG!
The problem, you see, is that the centre of Stratford is simply one huge roundabout. 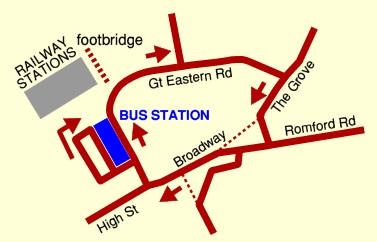 And this leads to real complications for the routes used by the buses. Whether those complications are necessary or merely an excuse to make things easier for the operator (and more difficult for the customer!) is a question which blog readers may like to consider.
25  Ilford,  69  Walthamstow,  86  Walthamstow,  104  Manor Park,
108  Lewisham,  158  Chingford Mount,  238  Barking,
257  Walthamstow,  262  East Becton,  276  Newham Hospital,
308  Clapton Park,  425  Clapton,  473  North Woolwich,
N8  Hainault,  N86  Harold Hill, all leave from the Bus Station.
So far, so good. But, there's more. The list above covers all services that terminate at Stratford and any through route going north and east. But for through buses travelling westwards and southbound towards Bow and West Ham, things are not so helpful. 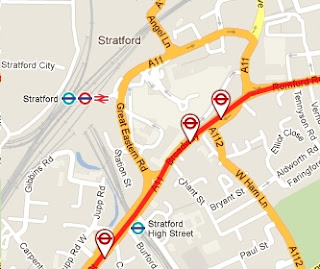 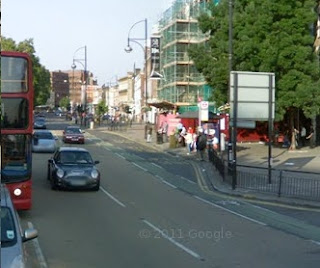 For  69  Canning Town, another bit of Broadway, further away. 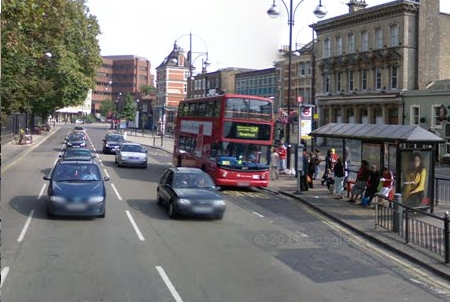 For  308  Wanstead, it's either Great Eastern Road opposite the theatre ... 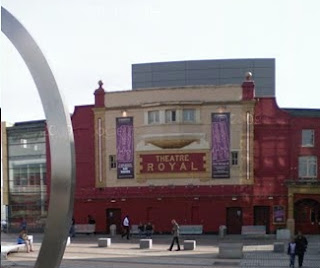 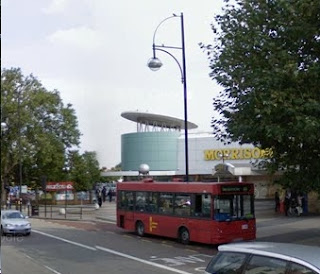 ... both some considerable distance from the bus station. 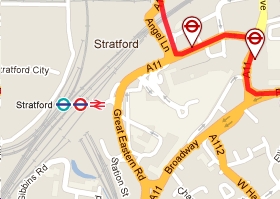 Meanwhile the  241  to Prince Regent, which starts from Stratford City bus station, follows an equally unhelpful route if you are foolish enough to start looking at the real bus station. This time you have a choice of three stops, all remote from the bus station; Theatre, Grove and more distant Broadway. 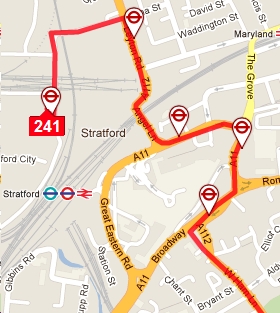 Now, the pressures of tight running times and the complications of bus un-friendly traffic management schemes create very real problems for the operator. But should they? Then there is the problem of bus station capacity.
Here is Stratford bus station viewed from the railway station exit ... 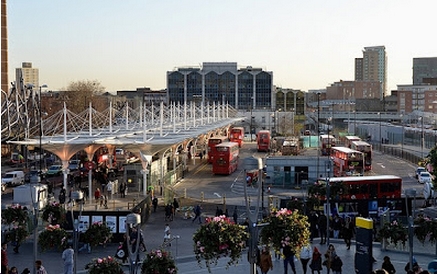 ... and notice the heap of red buses on the right. This is Station Street, effectively a bus only loop used for parking and layover. It used to be the road leading to the Station, surprisingly. Although this 1930s (?) street maps shows access to the main station as being off Angel Lane. 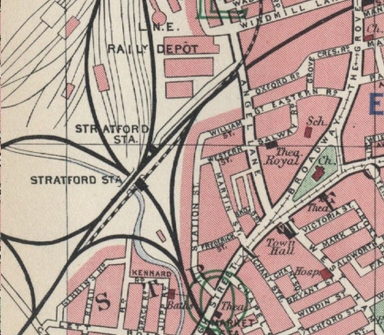 Surely it is not beyond the wit of Transport for London to put extra stands here? Boris, what about it? Then all services could run into the bus station and we would have proper interchange and integration.
More flying porkers?
Then, for the dreaded Olympics, the bus station has been "improved". fbb is not a regular tourist to Stratford London, but in the past remembers a well maintained Gents (and Ladies; presumed but not tested!) and a pleasant caff where the old man enjoyed a bacon sarny and a mug of tea. There were also enclosed shelters because the architect's trendy roof offers little practical protection from the swirling wind and wet. None of this remains, as far as fbb could tell. The shelters are now open, the caff has gone and the Gents was embarrassingly absent leading to a touch of OMB** discomfort.
And finally. If you want National Express service 010 to Cambridge, it leaves from Stand C in the bus station; but if you want the Shuttle to Stansted Airport it's further round the corner at Stop L, somewhat hidden from stands A to D. 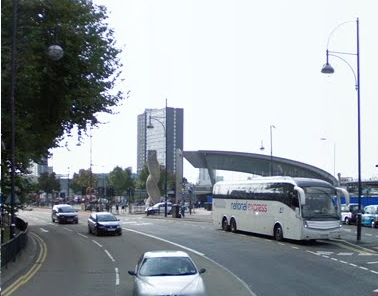 Of course it's not going to be signposted from the station because Greater Anglia run their own Stansted Express train service. Integration, phooey! Co-operation, double phooey!
But surely, we hear you cry, this is all fully explained on Transport for London's superb and well-used web site.
In a day or two, we will have a look; and there is, as might be expected, good news and bad news.
**OMB : do you really want to know? O.K. It stands for Old Man's Bladder! Perhaps you didn't really want to know.
Next Blog : Saturday 19th May
Posted by fatbusbloke at 04:07