What Do You Think about Croxley Link? [2] 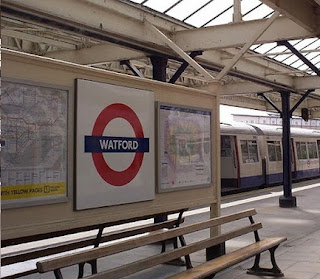 ... for passenger services to Watford. The track will, however, remain in place as a stabling point for trains. See "What Do You Think about Croxley Link? [1]" (read again).

After years of debate, proposal and counter proposal, the Croxley Rail Link has been approved by whoever has to approve such things. Thus it comes to pass that a bit of London's Undergound network is proposed for closure. 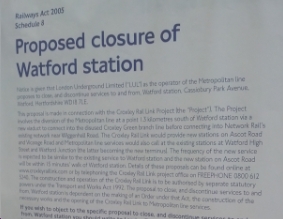 The huge block of explanatory text explains all about the Croxley Rail Link and gave folk until April 13th 2012 to object. Thanks to No.3 son for nipping round to photograph such a thrilling notice.

In essence, the plan is very simple. A new viaduct will leave the current Met alignment just east of Croxley Station. It will pass behind the Harvester Inn at the Two Bridges junction ... 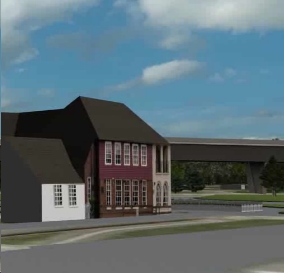 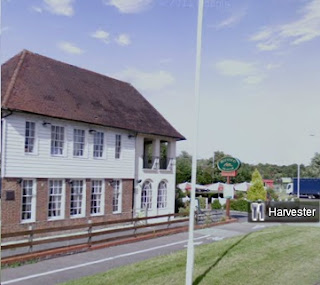 Ironically, just across the road from the pub (in background, below) were that last sorry remains of the almost moribund former Croxley Green terminus (nowhere near Croxley Green green, remember?) ... 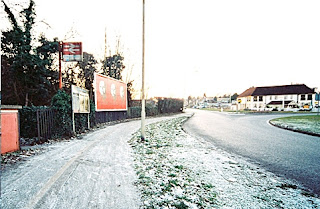 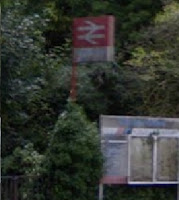 The viaduct will join the old branch formation just to the east of the girder bridge over the canal ... 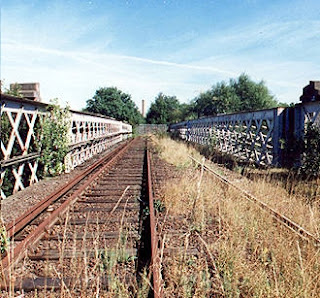 ... then crossing the new Ascot Road, the building of which severed the original line and brought about its eventual closure. The new bridge (viaduct?) ... 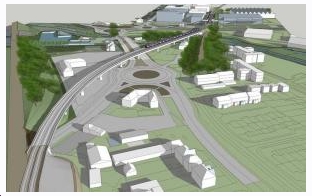 ... will cost £120 million (say it quickly and it doesn't sound too much) and will, it is claimed, bring massive benefits to Watford and the surrounding area. A bit of Google Maps aerial view will also explain the various juxtapositions. 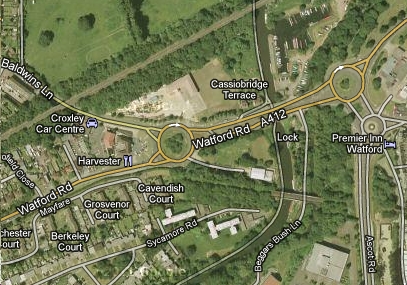 The Metropolitan line crosses from left centre to top centre and the former branch from Croxley Green can be espied to the left of the canal bridge at Beggars Bush Lane.  For the record, plenty of buses run via the Two Bridges roundabout ... 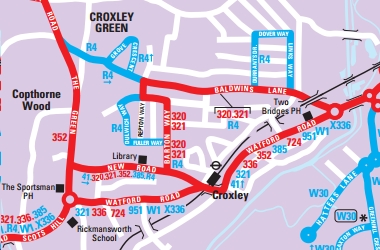 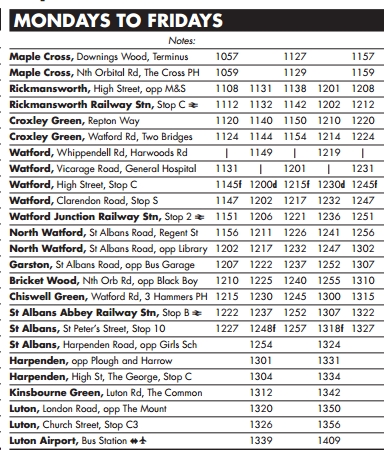 ... in part following much the same route as the proposed Rail link!

Tomorrow, fbb looks at stations, old and new, and considers those who are campaigning against the closure of Watford (Met) station.