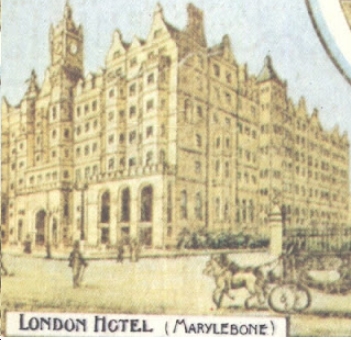 The picture of the "London Hotel" at Marylebone on fbb's facsimile 1903 timetable says it all. Comparing train travel in 1903 with a similar journey in 2012 is unrealistic. Yesterday we saw that, despite common perceptions, there was little to choose between the two in terms of the travelling experience. See "The Good Old Days [1] (read again). But nowadays there are likely to be very few travellers who choose to stay overnight before setting out on the Big Adventure to Nottingham. 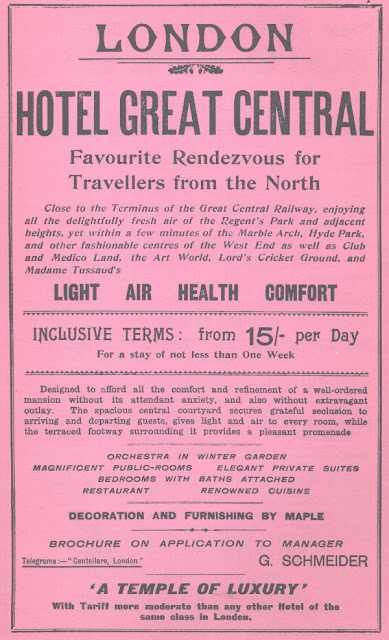 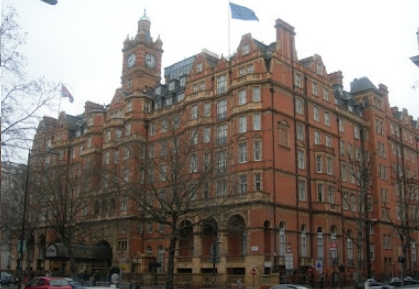 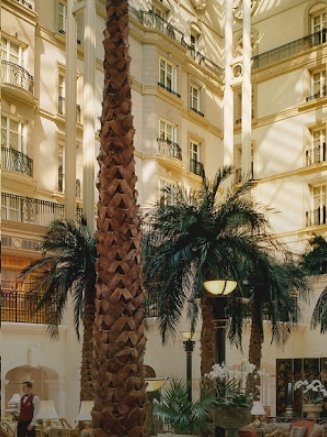 Neither do we seek out supplies in the form of a "well stocked luncheon basket" ...

click for a larger image
Please note that you could not, under any circumstances, take your carriage and horses on any train marked "HC" and such an essential service was restricted on trains headed "HH". Bad show, old bean! Fast trains took about 2 hours and 40 minutes. And another 14 or so departures were available along the road at St Pancras. The journey at 0245 from London, arriving at 0525, and without your horse and carriage, sounds pretty grim.
Today the best of the 30 trains between London and Nottingham take about an hour less!
But, I hear you cry, "the fares were much less then".
Oh yes they were : O no they weren't. Fares were much less then AND fares were more expensive then.
In 1903 the return fare Third Class was 20/6d [approx £90 in 2012 money]. And today? What IS the fare? 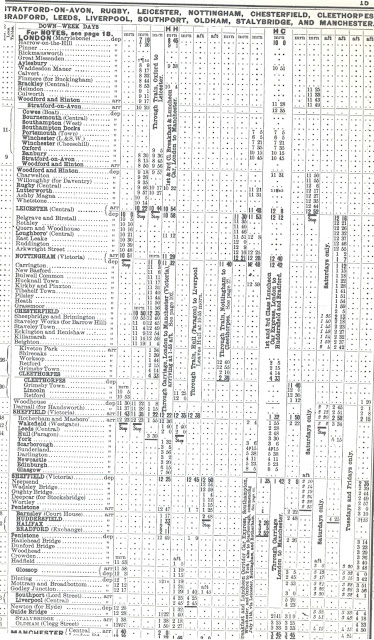 click for a larger image
Even the great Barry Doe might struggle with that one; he certainly would become quite shirty with the 12 hour clock!
Having completed your journey in 1903, you might well choose to stay on at the Victoria Hotel in Nottingham, seen here attached to the station building. You would need a good night's sleep before venturing south at such break-neck speeds as, possibly, 50mph. 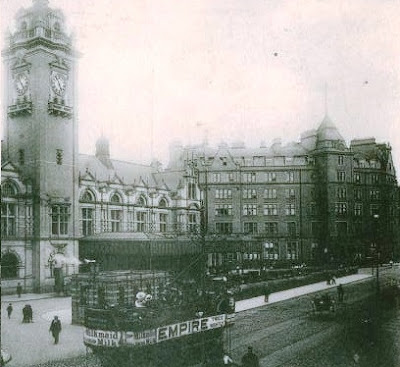 Somehow it looks a bit nicer in the sketch on the back of the timetable book. 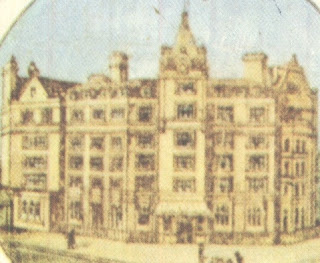 And it is also still there today, now part of the Hilton chain. 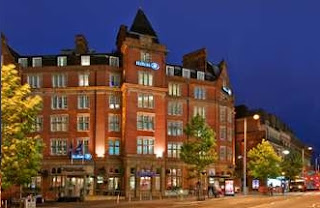 For the record tonight's Nottingham room rate (meals extra, of course) is £119 and, undoubtedly, that would be significantly dearer that in "the good old days"; although no prices are quoted in 1903.
Today, then, the train is cheaper (for most people), but hotels are much dearer. Perhaps the much maligned British railway system isn't that bad, after all. Or are we just comparing apples and pears?

Tomorrow we return to First's new networks in Hampshire.