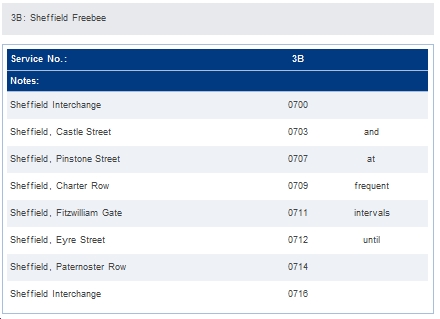 
Until 1933 (ish) Corby was a small, insignificant (sorry, fbb doesn't mean to be unkind, Corburians), village in North Northamptonshire. There are still a few bits of the "old" settlement left in "Corby Village". 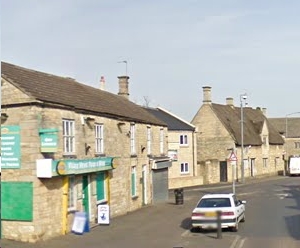 Expansion came with the development of the huge Stewarts and Lloyds steelworks in 1934. This created what was known at one time as "the largest village" in Britain, later designated an Urban District and known universally as Corby New Town. 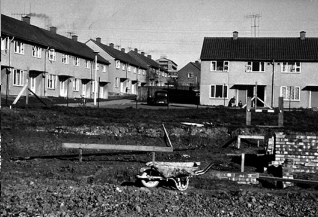 Corby Works was a major employer in the area ... 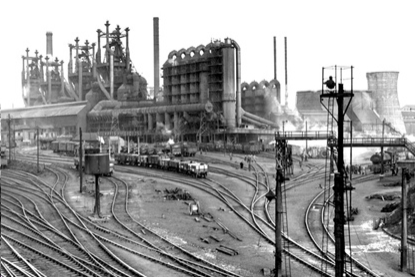 ... more accurately, THE major employer in the area. Local and interurban buses were provided by United Counties, this being a service 256 bus that had begun its journey in Northampton. 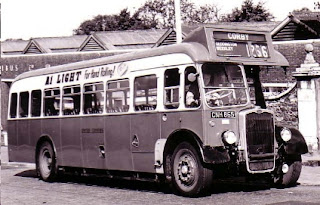 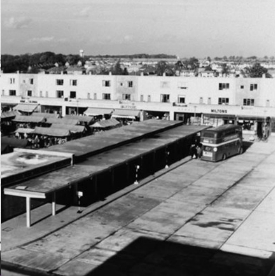 The end of Stewarts & Lloyds ownership of the works came in 1967 when the steel industry was nationalised for the second time, and they became part of the British Steel Corporation. Due to the high cost and low quality of local iron ore, steel production at Corby ended on 21 May 1980, when the last coil came off the mill. In nearly 40 years of production they had produced almost 2.5 million tons of steel.
But the heart had been ripped out of the Corby community and it is a credit to local politicians and visionary businessmen that the town has survived and is thriving once again. Even in 1978, before "the works" closed, services were hardly attractive (sorry about poor quality, it's an old leaflet) ...

... with a mutiplicity of service numbers (here 275, 276, 279) and potentially confusing notes. The daytime frequency was only every 30 minutes each "way round" on what was the main "Western Circular" town service.
Then, the end of steel production meant a further contraction for local bus services to the point at which they were all becoming unviable commercially. In comes Stagecoach, successor to United Counties, and, in partnership with the local authorities creates a new network ... The by-now-tatty bus station was demolished and services now all meet in George Street. 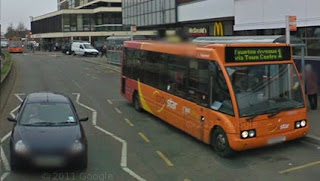 Rail services to Corby were first withdrawn in 1966 and then again after an "experimental" shuttle service to Ketttering which ran from 1978 to 1990. A shuttle bus was a less than satisfactory replacement ... 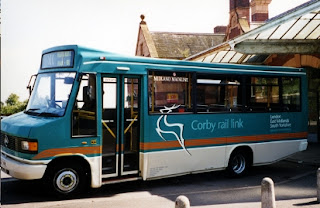 ... until a new hourly through service to London from a brand new station finally materialised in April 2009. 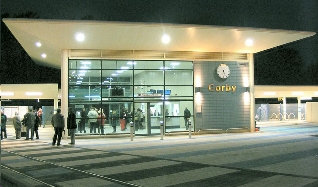 So far, so good. Episode 2 looks more closely at what is available today. As might be expected from an fbb blog, things are not as straightforward as they ought to be. 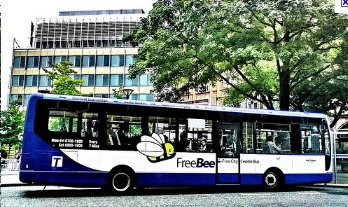 Next blog : Thursday September 8th
Posted by fatbusbloke at 07:15