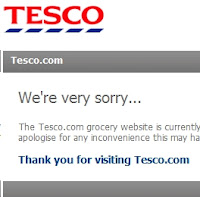 So she rang the "official" number to find out how long the
web site would be "down".


Blogs based (loosely) on a business trip:
Thursday 15th September 2011
The sensible way for fbb to get to Watford would have been to arrive at London Waterloo, catch bus or Underground to London Euston thence train to Watford Junction or High Street. Instead fbb chose a more roundabout route.
Change at Clapham Junction, then due North to Shepherds Bush ... 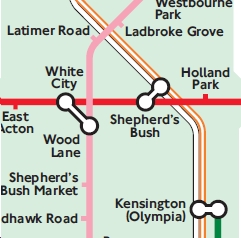 ... change on to the Central line for just one stop to White City. Then another change to Wood Lane and via the Hammersmith and City Line [H&C] (now joined by the non-circling Circle line) to Baker Street. From there he was hoping to sample a new "S" class train to Watford.
One aim of this particularly silly route was to examine how easy it is to interchange at interchanges. Clapham Junction was less than easy, so, what about these two?
London Transport's "dumbbell" labelled change points can simply be a linking and well signed tunnel underground or a death defying dash across a busy road junction. 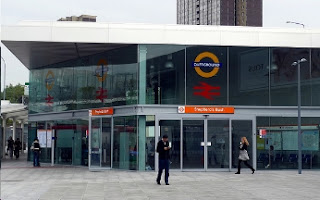 Shepherds Bush is a case in point. The new Overground station is not linked physically to the Underground Station of the same name but it is just across a quiet-ish road and easily visible. 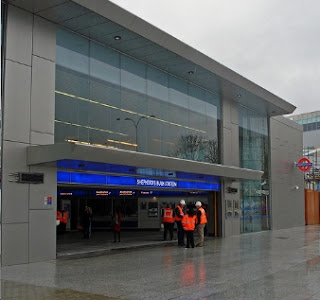 The splendid station for the Central Line was dramatically rebuilt to serve the new Westfield shopping centre beloved of the BBC news programmes because it's just across the road from Television Centre. Whenever there's an item on the sad state of retail trading (or the happy state thereof), the cameras ind interviewers will nip across to Westfield.

The previously cramped Underground building had not changed much since tramway days ... 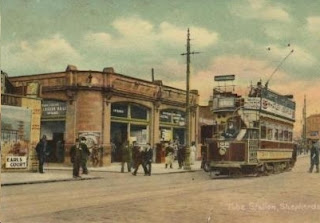 ... and would have been hopelessly inadequate for the increased numbers. At the same time as the rebuild, another anomaly was resolved. There was ANOTHER Shepherds Bush station located a good 5 minutes away by foot on the H&C line. 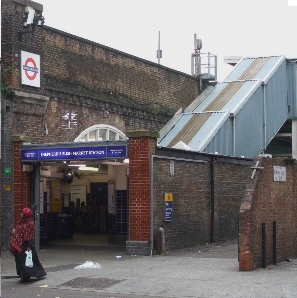 Its rather more primitive facilities are now dubbed Shepherds Bush Market because its serves ... well you can guess.
So fbb takes one stop westbound on the Central Line. The interchange between White City and Wood Lane is less clear. There is nothing at White City platform level to reinforce the existence of any interchange at all. There is, however, a rather small sign at the exit... 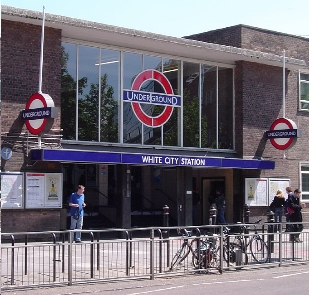 ... directing the passenger along Wood Lane, past BBC TV Centre ... 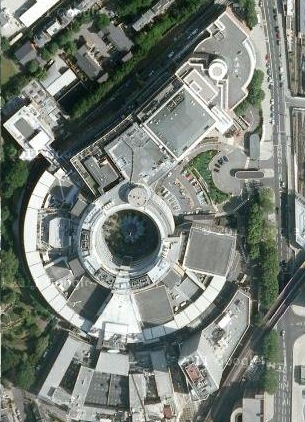 ... and on to the very new eponymous H&C (and uncircling Circle) building. 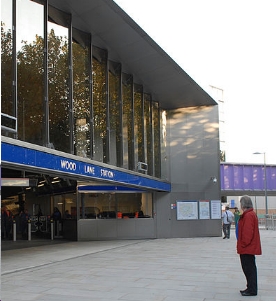 Like so many things in today's public transport world, information is not QUITE as good as it should be, but one could not fault the clean and tidy stations; information, however, could do better; say 7 out of 10. 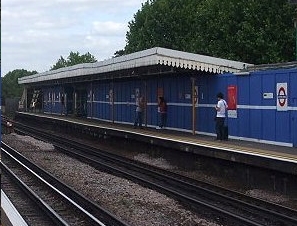 But one station between there and Baker Street gets 11 out of 10. These blue hoardings hide a near-complete rebuild of Latimer Road (which was pretty near falling down!), a traditional H&C station; restoring it to its former glory but with all the necessary modern additions. Superb, but, as yet, lacking a good on-line photo.
But Thursday 15th was a bad day for London Underground; and a bad day for passenger information, as we shall see on Friday.

Meanwhile, how would journey planners have coped with fbb's eclectic routeing requirements? Tomorrow, we take a pause in travelling to look at how the "experts" reckon it should be done.
Next blog : Thursday September 22nd
Posted by fatbusbloke at 06:46