When fbb travelled to school on York Brothers' bus, Dougie sold him a ticket like this:- 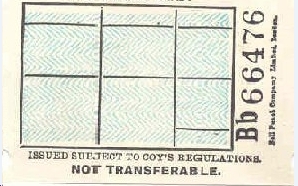 It relied on some very overbearing technology. First you take hold of a pencil; clear so far? They you write the fare paid on the ticket; getting a bit tricky now? Then you click the lever on the issuing machine, there is a heart-warming "kerching" sound and the ticket is torn off an given to the passenger. 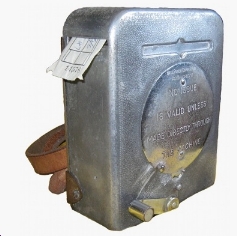 The "Bellgraphic" machine retains a "carbon copy" (ask you granny what one of those was) of your ticket for accountancy purposes. Now, Dougie, the regular conductor, could take 60 or so fares on the double deck in about 10 minutes, then jump off and do the same on the duplicate; all before the first passengers wanted to alight. Yorks also used the same system for one-man journeys. Try doing that with one of these new fangled button-pressing electronic monstrosities in use today. Sadly the system is no longer in production, Bellgraphic now being a trendy design company.

Meanwhile this appears on First's web site:-
FirstGroup, the UK’s largest bus and rail operator, today revealed it is to invest £27m in revolutionary new ticketing technology for its 5,000 strong bus fleet in England, outside London.
The company intends to be the first bus operator outside London to offer customers ‘touch in touch out’ contactless payment. The new ticket machines, designed to read contactless debit or credit cards, in addition to ITSO smartcards such as concessionary bus passes, will be introduced to buses from the autumn and will initially allow customers with an ITSO smartcard to touch in. Contactless bank cards will be accepted across England from late 2012.

Unlike Oyster, customers won’t need to carry an additional card or worry about pre-payment or topping up. Customers using the contactless cards will simply see the cost of the fare deducted from their bank or credit card balance.
Contactless Bank Cards? We need to get used to this logo ...

... which indicates that, in additional to the normal "chip and pin", we can just wave our card over the reader and the cash (sums up to £15) is whisked from our electronic money box with no further intervention from us. 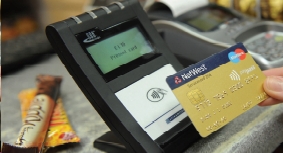 That sounds like a great way to speed up payment, OR clog up entry and exit so much that the bus is horrifically delayed. TWO machines on every bus. TWO machines to go wrong. TWO machines to be paid for by increased fares. that's TWO card readers, plus conventional ticket machine technology for those who still want to pay with those much maligned old fashioned little metal discs.

The "back-office" confuser will then calculate the fare and deduct it "seamlessly" from our account. Like Oyster, we are told, the clever little gubbins will "cap" our expenditure as a replacement for various seasons and travelcards.
Now, fbb has never been a great lover of über-technology (surely not?) but the following appears on Trent-Barton's web site:- 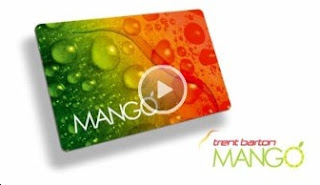 An update on MANGO from trent barton
We are really, really sorry for the top-up problems this week with MANGO - but we have resolved part of the problem and the top-up area of the MANGO web site is now open, but there's a change to how you sign in.
You must sign in to your account using your email address - and not your user name.
The main issue relates to a corruption of the user name field. Whilst we have now created a fix and you'll be able to top-up, you will not be able to sign in using your user name. To gain access to your account, you should use the email address which you used to register your account - this will be the email address we have contacted you on today.
Once you gain access to your account, you can top up online using your original password. Please be aware that your account history won't be up to date at the moment, so please check using the readers on the bus.
You will need to get in touch with us if you have more than one account registered to your email address.
We need to make sure that your preferred account is the one which you want to top up. If you have several active accounts registered to one email address, we can ensure that you top up the cards you want - and we can talk you through this process.
Remember, you can also top up your MANGO at Broadmarsh, Victoria and Derby Bus Stations as well as at our office at Lammas Road in Sutton-in-Ashfield.
Thanks for bearing with us and, once again, we apologise for the delay in fixing this serious problem.
Mr Mango
In a word, Mango is busted and was exceedingly busted!
GoAhead have just introduced their "Key" card in Plymouth ... 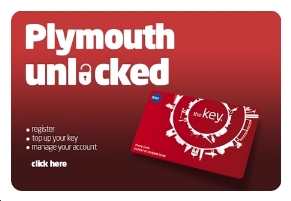 ... and fbb has previously expressed passing concerns about London's "Oyster". At least, with all these local systems, the passenger controls how much lolly is lodged on the card. With a Contactless Bank Card, the technology potentially has the ability to access ALL of your current account money, despite an advertised £15 transaction limit. Even elderly fbb has several hundreds of pounds available for a few fleeting seconds after nice Mr Cleggeron has paid his pension.
It's all safe, say the card people. Well, they would say that, wouldn't they? They said that about "chip and pin". 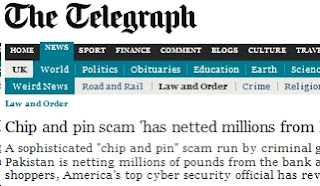 There are many folk "out there" who have reverted to using cash and nothing else for all retail purchases, because of understandable fears about "seamless" technology. fbb simply offers two pieces of timely advice:

1. Bring back "Dougie" (OMO if you like) and his "kerching"; it was much quicker.

To gladden the tortured hearts of us "old codgers" here is a lovely pic of a real Trent bus, preserved and pre-Mango and presumably once conducted by Nottingham's version of Dougie. Sigh! It was all so simple, then. 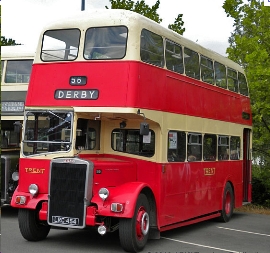 Next blog : Sunday September 18th
Posted by fatbusbloke at 03:03