Can You Do Any Better?

A challenge thrown down ... 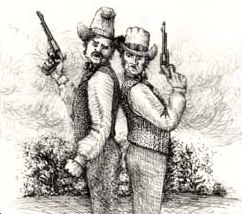 One or two blog commentators have been a little sniffy with fbb's crusade against bad publicity from Travel South Yorkshire. One suggested that fbb "had a grudge against TSY" and a subequent e-mail asked "Could you do any better?"
Three guesses as to fbb's answer! No, on second thoughts, you are only allowed one guess.
It is not easy to reproduce a whole timetable leaflet in blog format, but the ever adventurous chubby one will have a go. Recent TSY leaflets all share the same structure; a front cover, general "useful" information, a list of stops, a map and a timetable.
So readers are invited to compare fbb's offering with TSY's "official" publication. The September 5th route 123 revision is typical. 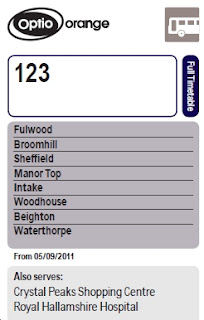 TSY shows Broomhill and Beighton as major destinations, although the route serves neither. See "Betjeman's Beautiful Broopmhill [2]" (read again) for the Broomhill saga and here is Beighton High Street with absolutely no sign of a 123. The First bus is a service 30, which, together with the recently added X52, are the only buses from Sheffield to Beighton (thanks, anonymous, for your correction, see comments below). 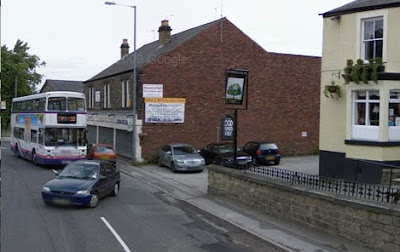 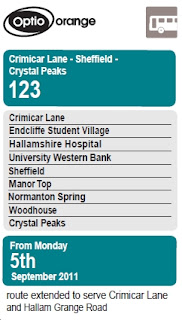 ... and adds important destinations Endcliffe Student Village, University Western Bank and Crystal Peaks to the main list, two of which are completely ignored on the important front cover. These are significant places that many people will want to travel to.

Waterthorpe is removed because that is the name of an estate, also NOT served by the 123, although the more usefully listed Crystal Peaks shopping centre is on the northern edge of that area. Intake is replaced by Normanton Spring because, once again, the bus does NOT serve the traditional former Intake tram and bus terminus, but IS the only bus service via Normanton Spring, so worth a mention, mayhap?
Most important of all, Fulwood is replaced with Crimicar Lane, long standing (since 1955) Sheffield bus destination. This removes a deep-seated source of confusion with TSY's data.

The so-called "list of stopping points" repeats all the errors of the front cover and adds a few more. The 123 does not run via Hunters Bar ... 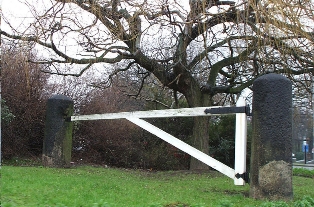 ... which is a roundabout with an old tollgate on it; Western Bank appears twice; Sheffield Centre appears to have moved to outside the University (which it isn't) and Woodhouse is in the wrong place. Finally TSY's list is just SOME stops, about a quarter of them. So fbb offers ...

This provides the maps for the bus leaflets, as here for the 123. 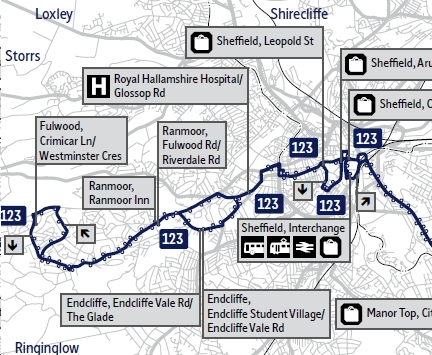 The tiny little rings are the bus stops, unnamed and useless because there are no road names, but with a very odd selection of place names which have been added by TSY's skilled (?) staff. It is not at all clear why we need two labels for Ranmoor or two for Endcliffe Student Village when the stops are on opposite sides of the road but clearly in the same location. Kartor's map shows ALL roads used, however occasionally, and, especially in the city centre, is just plain incomprehensible. fbb's offer (here showing only the route west of the centre)... 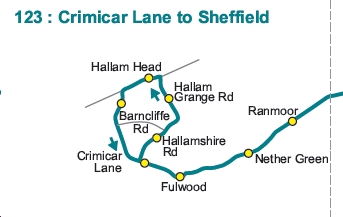 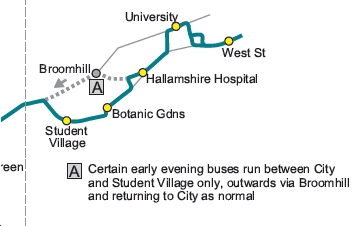 ... attempts to resolve some of these inadequacies. AND there is room for important road names if these are desired. fbb has also created a city centre enlargement ...

... to explain the rather convoluted routes, widely different according to direction. In almost all cases, the  indicated stops match those on the stops list. Incidentally, fbb's full map takes up the same amount of space as TSY's.
Finally we come to the timetables. 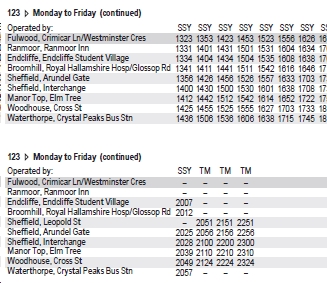 The most glaring error is that TSY's IT systems are totally incapable of dealing with "loops" and the 123 has a substantial "one way" section at the Crimicar Lane end. fbb has corrected this error ...

... although the operator would need to specify realistic times at Hallam Grange Road (see map) to replace fbb's educated guess. Other changes to remove misplaced and confusing locality names follow the pattern of the earlier adjustments. At the Woodhouse end of the route there is another loop in the evenings when journeys, paid for by TSY, serve the Skelton Road area of the village. But TSY unhelpfully shows the journeys as running to Woodhouse only. fbb clarifies this without adding clutter to the lists of times.

Clicking on these last two panels will show all the times.
So, sorry for the rather lengthy bloggathon, but fbb is satisfied that there is a real and valid alternative to TSY's rather unhelpful efforts. Of course, there is a huge difference between the two processes. TSY's is expensive, professional, totally IT produced and, according to TSY, absolutely hunky-dory and far better than sliced bread.
fbb's is amateur and uses cheap and cheerful software costing a total of £70! There is one other difference, of course, fbb knows where the buses go.

There is a suspicion, unproven as yet, that TSY's super system takes much longer to implement that fbb's. Maybe someone at TSY Towers will let us know? 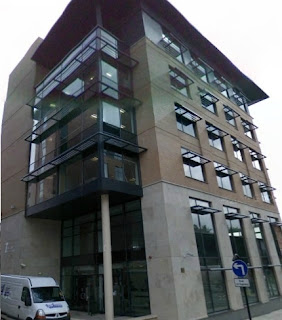