Dan and Doric Arch ...
A Tale of Conservation Folk**


Adolf Hitler has a lot to answer for. Perhaps, just perhaps, had WW2 not intervened, a brand new Euston would have been built. Plans were discussed in the mid 30s. Preliminary sketches suggest a design adapted from American practice with a huge station building acting as a gateway to the platforms.

Certainly this would have been a rival for St Pancras and a definite nose thumbing to the rather mundane Kings Cross, both a little further east along the Euston Road.
But it was the 1960s electrification which led to the complete rebuild. Debate was heated over the new station's bland and functional design. But, as opened, the concourse was not cluttered with the now obligatory retail outlets (Do normal people really buy ties and socks at a railway station?). 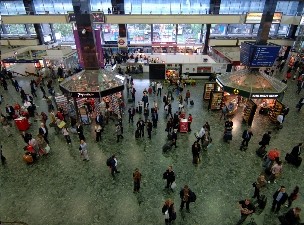 The clean and then unblemished marble floor, leading to obvious and tidy platform access gateways, was such a breath of fresh air compared with the previous rabbit warren of passageways and  dingy dark corners that one could forgive British Railways for being less than spectacular with the station frontage.
But "The Arch", we were told, had to go. See also Euston, We Have a Problem [3] (read again) 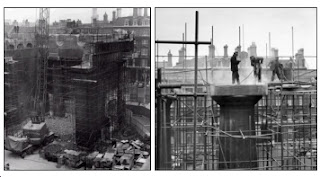 Protests were led by that indefatigable enthusiast for all things Victorian, John Betjeman ... 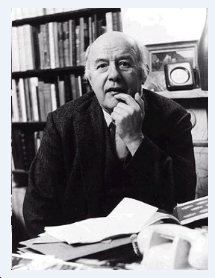 and approaches were even made to the prime minister himself! 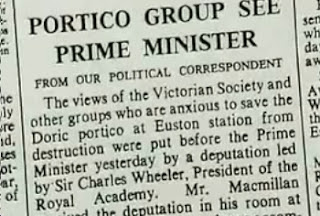 All to no avail. Soon the arch was no more.


The batten for rebuilding the arch was taken up by TV historian, Dan Cruikshank. Two TV programmes were made about the search for the remains of the Doric propylaea (It was never an arch). In the first documentary, a breathless and excited Dan found some bits in a rockery at the house once owned by the demolition contractor. 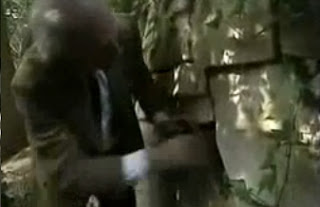 After this first programme was aired, Dan was approached by  Bob Cotton ... 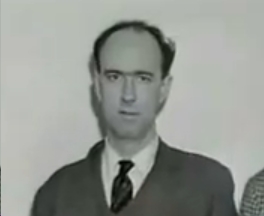 ... who had worked for British Waterways. He had been responsible for buying the rubble and using it to plug a hole in the bed of the Lea Valley Navigation in London. So off goes Dan, a big crane, divers and a TV crew to have a bit of a paddle. 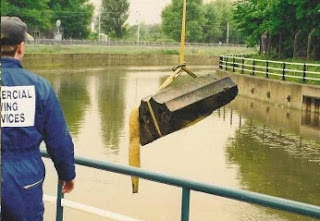 And, to the thuderous and tear-jerking sounds of dubbed music, there it was. An easily recognisable chunk of one of the distinctive fluted columns.
It is doubtful whether the original arch could ever be rebuilt, largely because of the cost of recovery and the damage done by the demolition workers. But there is a glint of a possibility. The proposed High Speed 2 line from London to Birmingham and the North is due to terminate at a brand new and much extended Euston.
At least one proposal for the rebuild has a reconstructed "Doric Arch" as its centrepiece. 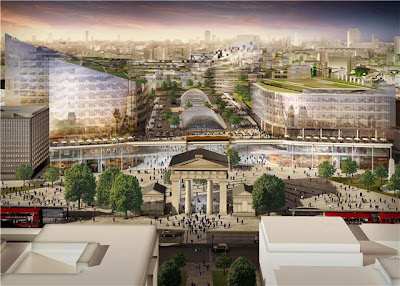 So the vandalism of the 60s might, possibly, bring a grand act of repentance in the "new 20s". That would be, as the youff of today says, "cool"! Meanwhile, have a pint in the station pub and dream ... 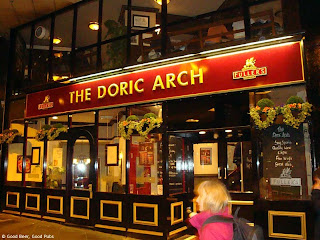 **This tag line is an oblique reference to Dan and Doris Archer (pictured here, centre), 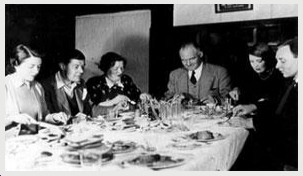 eponymous partiarch and matriarch of Ambridge in radio's "story of country folk". So we end with the familiar chords of  "Barwick Green", the programme's signature tune; only we don't. "Doing sound" is just too tricky for fbb; so you'll have to hum. "Dum de dum de dum de dum dum de diddly dum dum..." etc.

So, at the moment it's Doric Arch R.I.P. in a watery grave. Will it ever be "long live the Doric Arch"?

Next blog : Sunday September 11th
"Underground Upheaval" at Euston
Posted by fatbusbloke at 07:08