This is a follow-up to "Northamptonshires Noteworthy News" (read again), If fbb still lived at No 72 ... 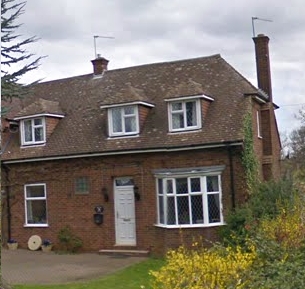 ... how would his local bus service have changed?
Obviously the answer to that is tied up with politics. The political decision in the early 60s to double the size of Northampton meant that fbb's little village, Little Billing, with its little church, where fbb's mother is buried ... 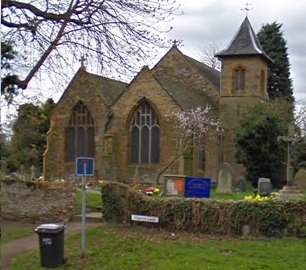 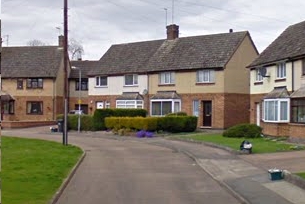 ... with just one little shop, currently closed and for sale ... 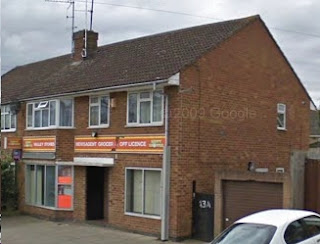 ... was overpowered by the BIG extended town. In his youth, fbb had buses at the top of the road, every 30  minutes by United Counties, and the previously blogged York Brothers down at the church with an erratic but stable schedule.
Things have moved on, somewhat. 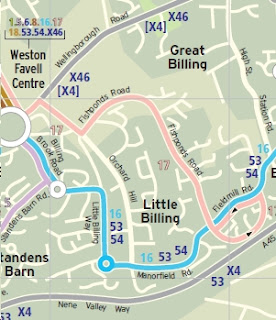 The buses at the top of Orchard Hill are still every 30 minutes, now Stagecoach, of course, but still between Northampton, Wellingborough and beyond. Once the 402 and 404, then the 292 and 294, they are now (from 5th September, Northamptonshire's map is about 6 months out of date) the X46 and X47.  Meanwhile down at the bottom of the hill, on Manorfield Road near the church, the 16 runs every 10 minutes, because, of course, it now serves various surrounding high density estates.

The York brothers would be astounded!
For the record, the 17 is a "use it or lose it" route serving more of the two-car owning property and running hourly off-peak only; the 53 and 54 run to various industrial estates at works times.

But now a personal tale from fbb:-
When I was 6, and at Billing Primary School, I was required to "do a project" about a bird and a tree. The chosen tree was "the oak"; and I duly planted an acorn in the back garden of my aunt's house in Northampton. Much to everyone's amazement it grew into a healthy sapling. When Auntie moved I begged mum and dad to allow me to transplant the sapling to the house on Orchard Hill. They agreed and planted it near a spring in the back garden, hoping it would, considerately, die. It thrived and is still there today.
Subsequent owners of Nos 70, 72 and 74 flogged off a chunk of their back gardens on which is now built a cluster of five "bijou" bungalows, seen here under construction via a slightly out-of-date Google Map aerial view. 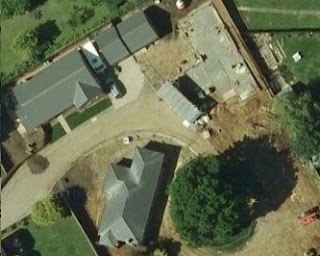 There is MY tree, now aged 60 years and very much a mature oak. Here a picture of a poor elderly tramp admiring the arborial excellence. 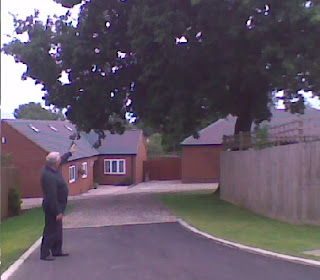 What is most emotive, almost tear-jerking, is the name of this little cul-de-sac. It is called ... 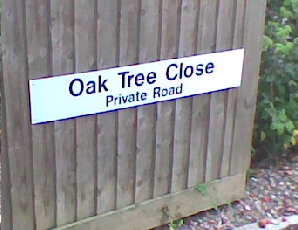 Sadly, no blue plaque marks the historic site! BUT, fbb and Mrs have collected a few acorns for their grandsons to plant and, possibly, extend the line of descent. It is unlikely that fbb will be around to see the results unless cryogenics become significantly more affordable.

So, buses every 10 minutes and an undocumented memorial tree. That is, as they say, "something else"!

Next blog : due Sunday September 4th
Posted by fatbusbloke at 07:07