That's the Wonder of Westfield!

Westfield Stratford City opened on Tuesday. According to its web site it has 300 shops and eateries, a 17 screen cinema and a "state of the art" 14 lane bowling alley. And opening in December, a Casino. And not forgetting 614 hotel rooms.  It claims to be the largest "under one roof"  shopping centre in Europe. It would appear to be packed with all the same shops as every other Shopping Centre, what a treat.

"Art and culture will be integral to the experience; from the striking architecture of individual retail districts and new retail concepts to cultural collaborations, events and installations that will enhance the next generation of retail space."

Prizes could be awarded to anyone who can explain what the above quote actually means in practice. But they won't be, it's just too ridiculous to contemplate. It's just a load of shops, for goodness' sake!

fbb was taken, in particular, with ...

... with its collection of advertorial "youff" looking as if they need some kind of therapy ...

This gargantuan development, seen here in the closing stages of construction ... 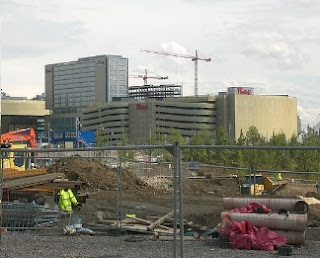 ... is linked to Stratford town by a massive footbridge spanning the platform area. This, alone, is a substantial piece of engineering. 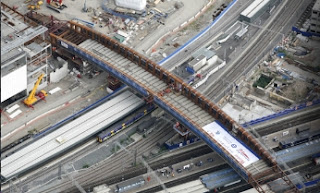 The bridge is accessed from a spectacular bank of steps and escalators at the eastern end of the station building, almost classical in its magnificence. 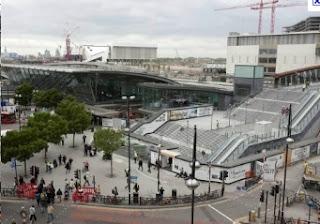 So this forms the walking route from Stratford town and traditional bus station, through Westfield to the Olympic Park.

Westfield's bus publicity, however, does not exude such confidence. Apparently, the trendy vehicle illustrated as serving this exciting new retail opportunity is ... 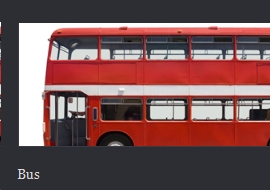 
... with those in blue being a bit of a mystery, route number-wise. Elsewhere, Westfield inform us of the four routes serving the "Stratford City" bus station, as opposed to the more important "Stratford Bus Station", the original and best. Unhelpfully, Stratford City bus station sounds grander, although in practice it is inferior in size and scope to its near neighbour! 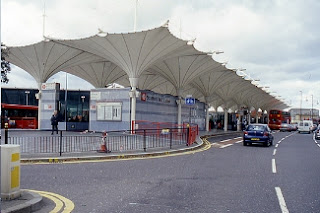 From the list above, the red-highlighted D8 (competely) and 241 (in part) no longer call at the main terminal but are diverted to the new facility tucked in "round the back" between the shopping centre and the northbound local railway line.
The D8 emanates from Crossharbour in Docklands itself and runs via Canary Wharf. 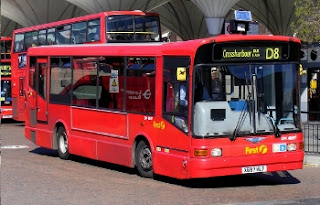 Interstingly (really?) there is a change of operator from Saturday 17th, so the current timetable only lasts for four days.
The 339 is, probably, the most interesting route as it is a relatively new service. It starts at Shadwell ... 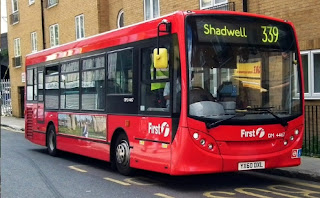 ... and runs via Stepney and Bromley-by-Bow to the intriguingly named Fish Island which really was an island in the River Lea. It doesn't look very Island-like now. 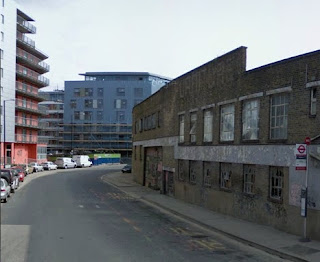 The route is now extended to Stratford City. Fish Island is the site of a terrace of lockkeepers cottages which formed the studio for Chanel 4's "Big Breakfast" show launched in September 1992. 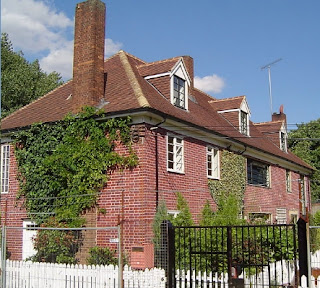 The quartet of "City" bus station services is completed by the frequent 97 extended southwards from Leyton, 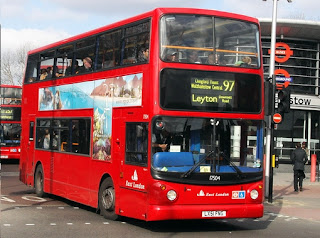 and the similarly frequent 241 from the Canning Town area. 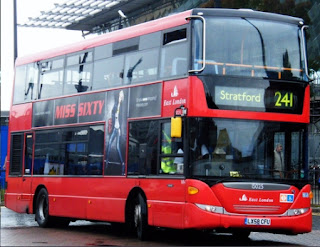 The 241 calls at the original bus station northbound, but for southbound journeys you have to venture out onto the nearby Broadway. Unnecessarily confusing?

There is a particularly poignant posted comment on Sampling Salubrious Stratford [1], quoted in full (well, nearly in full) here:-

Hope you do a trip through the terrorist tent, that every bus is being forced to go through before entering the bus station (or certainly are on the newly extended 97 route).

Here's what happens ... every bus has to pull up inside an enormous tent. Passengers panic, and start to try to get off. Rent-a-cop security guards board the bus, order everyone to sit down. They then hilariously (not) order everyone to get their credit cards for inspection and are then surprised when some thicko's actually do it. Quite what they're doing other than walking up and down both decks annoying us and making us think we're second class scum I don't know.

While this is going on, passengers are walking out of the railway and underground station unchallenged, pedestrians are streaming from old Stratford over the new bridge, cars are arriving (with the odd one being singled out for search). And every single one of those people being as equal a terrorist threat as us poor b*****s on the 97 bus.

Welcome to modern Britain. It's only going to get worse with the Olympics.
So we bus watchers wait to see how this "network" develops over the next few months. fbb has a "site visit" planned and will no doubt provide more pertinent prognostications presently.
Of course, Boris the Blue and predecessor Red Ken keep all their bus timetables a closely guarded secret. But an enthusaists web site has furnished fbb with real proper timetables which tell you how long your journey will take. These are published here (showing times FROM Stratford City only, to reduce file size):-
97 Mon to Fri
97 Sat and Sun
241
339
D8 awaiting the new timetable from 17th (see above)
But don't tell Transport for London where you got them from. fbb might find himself summarily incarcerated for revealing state secrets. That sounds just a tad unpleasant.


Next blog : Friday September 16th
Posted by fatbusbloke at 06:36