Significant September Celebrations?
WightBUS R.I.P.
Once upon a time, on an Island far far way, the Council ran the "Yellow Buses". They provided some of the schoolday special journeys and between school start and finish times, were available for hire at commercially unrealistic prices to take shoals of excited school kiddies on "educational" jollies. 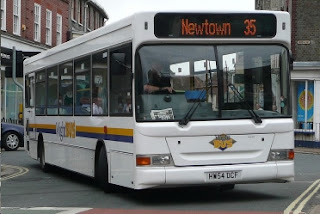 Then suddenly, in 1997, the yellow buses were replaced with posh new white "WightBUS" vehicles. The supposedly "arm's length" company also began operating "normal" bus routes in places where the dominant Southern Vectis had withdrawn their service. Over the years a sequence of war and peace has erupted between the two operators, ranging from public and venomous opprobrium to a period of advertised joint operation. Very confusing!
But Wightbus dies from 5th September, a predictable victim of the dreaded cuts. Or was it that simple? Southern Vectis has always seen itself as God of Island Travel (hey, there's an interesting acronym?), reacting with instant commercial might to any interloper. Rumour has it that there were plans for SV to buy WightBUS some time ago. It didn't happen for reasons which, like anything involving the politically motivated machinations of a council, remain shrouded in mystery.
So what replaces Wightbus from this coming weekend? 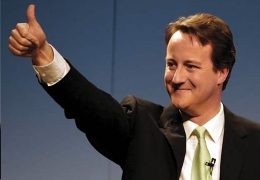 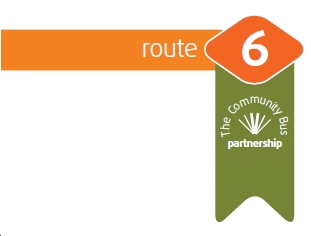 In he case of service 6 between Newport, Blackgang Chine and Ventnor ... 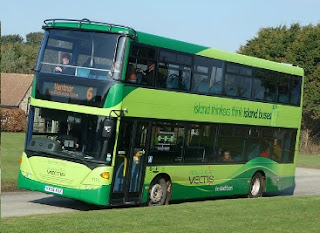 ... half the buses are run by Southern Vectis with fully paid drivers whilst the rest are staffed by community volunteers, not paid a penny. The buses, driver training and "management" are all under the dictatorial eye of "The Vectis" who have been given a bag of pennies by the Council to pay for it all. 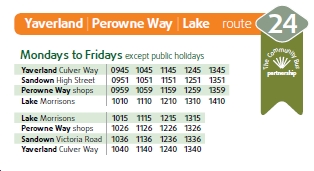 Some services in the new timetable are entirely staffed by "The Community"; whereas some routes previously run by WightBUS appear to be operated by Southern Vectis alone. An example is the 35 as illustrated at the head of this blog.
A timetable for the Ventnor town routes is included in the Vectis book ... 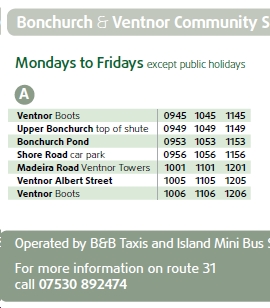 ... but it appears to be outside the "partnership" deal. Meanwhile, local services in the Freshwater area, replacing former route 13, are conspicuous by their absence. That's because the worthy denizens of West Wight would have nowt to do with any such deal and are operating independently. That's if they are operating at all.
So presumably we will never know what or when they operate unless our spies ... 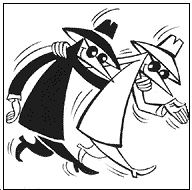 ... seek out the secret source of West Wight Wisdom.
The "ground breaking big society deal", as described by the Island's spin-meisters, is only for one year.

A mixture of professionals and volunteers; commercial and community interests side by side; political pressures alongside Southern Vectis' management skills (?); fbb reckons that this is a sure-fire recipe for "tears before bedtime".
Watch this space!

P.S. Southern Vectis have registered a service 36 from Newport to Gatcombe, a minuscule settlement hardly big enough to be a hamlet just a mile or two south of the Island's captial, and barely half of a mile from the hourly service 6, as above. There are to be two return journeys on Mondays, Wednesdays and Fridays leaving Newport at 1110 and 1410. The journey takes 8 minutes. 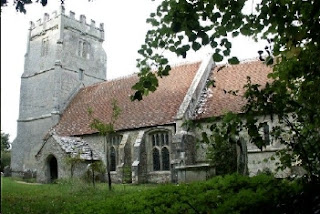 Nice church but not much else ... 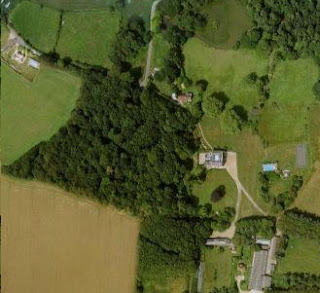 ... and the service isn't even published in the timetable book. Political pressure or commercial lunacy?

"Tears before bedtime", you bet!


First, a P.S. : NOW a stop press
A "usually reliable informed source" has telephoned (yep, a real person, not a computer) to tell fbb that:-

1. The service 36, which IS due to start on Monday, IS already available on Traveline & Transport Defunct and ISN'T in the new Southern Vectis timetable ISN'T going to happen.

2. Gatcombe's  hordes of passenger [sic] will, however, have journeys on the service 35, which WAS due to start on Monday, IS already available on Traveline & Transport Defunct, IS  in the Southern Vectis timetable and, of course, IS now WRONG! 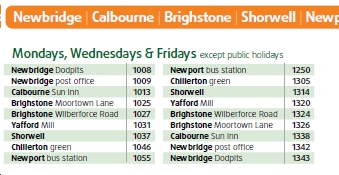 Next blog : due Thursday September 1st
Posted by fatbusbloke at 04:11