Significant September Celebrations?
£74 to save about 10 minutes?

From Monday 5th September, Chiltern Trains introduces the next stage in its upgrade of the line between London Marylebone and Birmingham. The "Mainline" timetable provides two trains an hour with the fastest of the day taking just 90 minutes. Former "Wrexham and Shropshire" vehicles are being refurbished and rebranded. 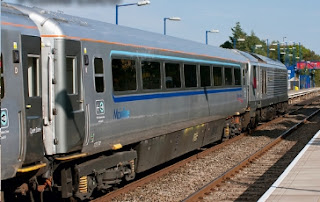 A "business class" is offered on selected trains (for a supplement) but Chiltern are quick to stress that this is NOT first class, as "all travel by Chiltern is first class". Hmmm?

So fbb, interpidly looking lovingly at his laptop, seeks to do a "Contrast and Compare".

Virgin Trains run every 20 minutes from Birmingham to London Euston, with a typical off-peak journey time of 84 minutes, whereas Chiltern schedules 97 minutes. Virgin deposits you at Euston with onward access to Northern, Victoria and Circle & Metropolitan line underground (the latter at Euston Square station).
Chiltern serves Marylebone Station, the one-time pride and joy of the Great Central Railway. 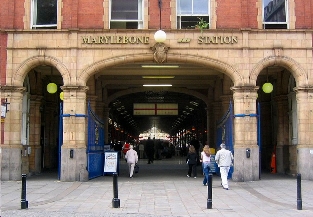 Marylebone itself offers only the Bakerloo underground line, but with Metropolitan and Circle lines a short walk away at Baker Street or Edgware Road.
At the Birmingham end, passengers with Virgin can enjoy the subterranean gloom of New Street ... 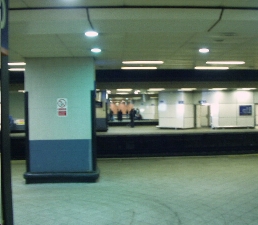 ... and the delights of an ongoing major rebuild, whereas Chiltern trains start from Moor Street, now delightfully restored to its former Great Western Railway glory. 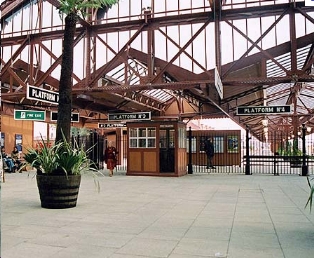 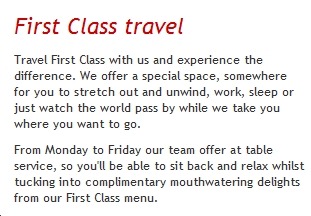 In the interests of journalistic independence, fbb must point out that for your £240 you do get "free" food, even if you don't want it. Mind you, the breakfast menu looks scrummy ... 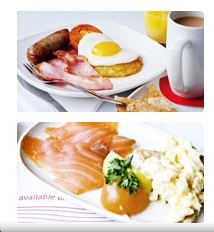 ... but you can't get even a tiny reduction on the fare if you take your own sarnies. Also to be noted, is that Virgin do have some discounted first class offers for specific trains.
Birmingham to London  is one of the few routes where there is meaningful competition. So fbb ends with a very difficult question.
IF you had a choice (and most folk do have a choice) and IF you knew all about fares and times (a barely possible task, these days), which route would you choose?
Is the Pope a Catholic? 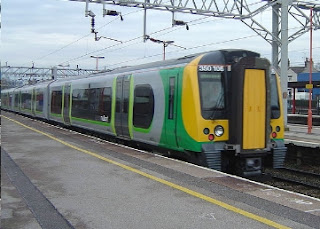 P.S. London Midland also run between Birmingham New Street and London Euston. They also have some cheap fares but the journey time is significantly longer.

Next blog : due Wednesday August 31st
Posted by fatbusbloke at 03:31