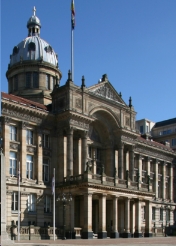 An uninformed observer might mistake this opulent pile for the home of some member of the landed gentry, possibly surrounded by hundreds of acres of parkland, and maintained by hordes of liveried flunkeys. In fact it is the largest and most opulent council house in Great Britain;
Birmingham Council House, to be precise. Even the loos in this statement of Victorian Civic Pride are magnificent, replete with marbled floors, polished wood fittings and pipework in gleaming copper and brass. Even small county towns provided their staff with accommodation to be proud of, as here at Northampton. 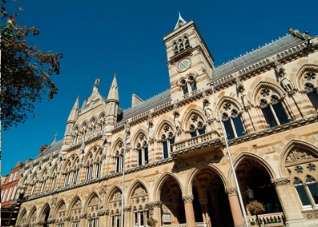 In 1903 Northampton began the process of converting its horse tram routes (seen here looking up the Drapery) ... 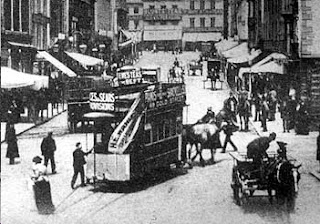 ... to the new-fangled electicity. A parade was held to celebrate this magnificent move to modernity. 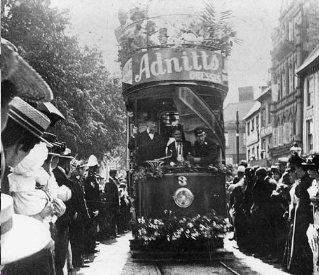 Crowds in all their finery, tram bedecked in garlands of flowers, staff with braid polished to mirror-like gloss and civic dignitaries in full formal dress. No doubt the town brass band was playing somewhere along the parade route.
Such a contrast with the launch of the brave new world of co-operation between First and Stagecoach in Sheffield in July when assorted managers stood in front of two buses and held up a piece of cardboard. 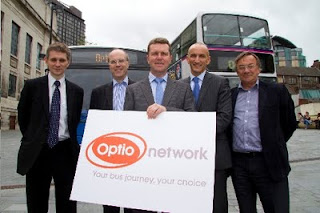 And two of these much revered gents (?) aren't even wearing TIES! No top hats, no mayor with civic chain of office, no crowds of cheering and admiring council taxpayers. And, according to a chum from Sheffield, no press or TV coverage either. [OK, it did make the trade press!]
Time was when a town's public transport service was also a cause for intense civic pride. Vehicles were always well-turned-out, staff wore immaculate uniforms (Manchester 1941) ... 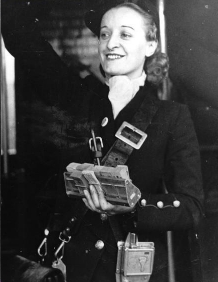 ... and standards were upheld by a team of inspectors who were, rightly, feared.
There is a rumour, possibly apocryphal, that A. R. Fearnley (that's right, his grandfather),

much respected general manager of Sheffield Tramways and Motors from 1904 to 1936, used to don greatcoat and white gloves and go out to inspect his domain. As vehicles arrived in the city centre to begin their day's duty he would run  a gloved managerial finger along the paintwork. Woe betide any depot insprector (everyone wasn't a "manager", then) if that finger revealed spot, stain or blemish. Civic Pride indeed.
If a manager tried that today it would be "all out, lads and lasses" without warning. Which brings us, inconsequentially,  to this picture:- 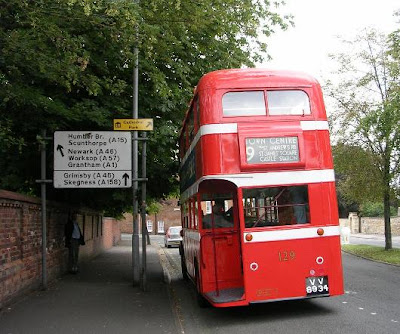 So, whose bus WAS this? And where IS it? And WHY? A small fbb clue. It isn't where it first was and only is because an enthusiastic admirer of that civic pride spent a lot of his hard-earned cash recreating its crimson glory.
The answer will follow in tomorrow's blog (Sunday 14th). 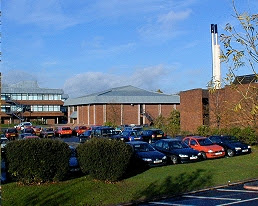 ... civic pride at Worcestershire County Hall. It's the energy efficient heating plant and part of the energy inefficient car park on this edge-of-town modern site. Wow!

Next blog : due Sunday August 14th
Posted by fatbusbloke at 01:35