The Madhouse at Woodhouse [2]

A Mixed up Mess : A Maddening Multiplicity of Motorbuses!
See "A lesson for Little David continued" (read again) 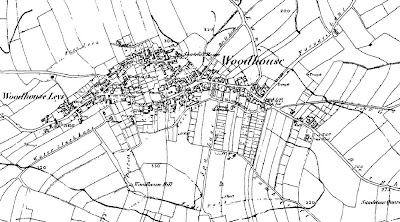 click on the map for a more readable image
The ancient village was centred on the old market cross ... which still remains, although the historic Cross Daggers pub behind it is now an Indian restaurant called Woodhouse Spice. 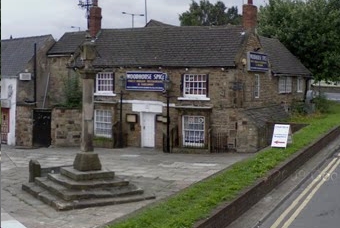 Many of the older properties have been demolished for various road "improvements" and much of the "olde-worlde" village character has gone.
Public Transport came quite early to the Sheffield village of Woodhouse. A service started in April 1920 from the Intake tram terminus, via Normanton Spring to Woodhouse; continuing via Furnace Lane and Retford Road to Handsworth. The route was soon curtailed to Woodhouse Village but extended back to start from Pond Street bus station on 12th March 1928. 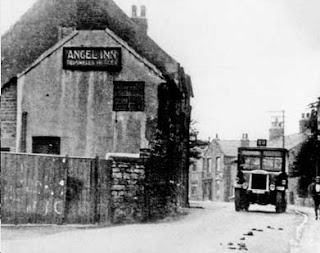 The service was given number 23 in July 1926 and in 1928 buses ran through the village to Woodhouse Station, stopping near the distinctive Junction Inn ... 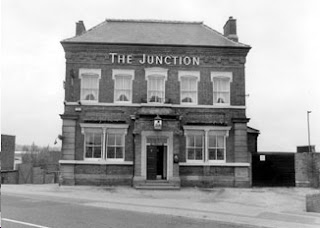 ... a hostelry which still trades on the same site and from the same building. 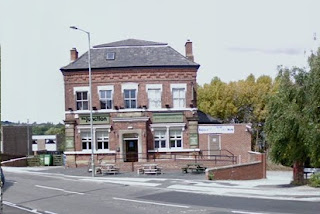 The Junction station referred to (opened 1850) was where the Great Central railway line south to Chesterfield parted from the historic Manchester, Sheffield and Lincolnshire line to, surprisingly, Lincoln. The station was later (1875) moved to its present site, nearer the village. 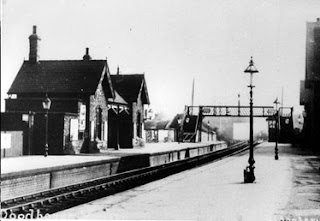 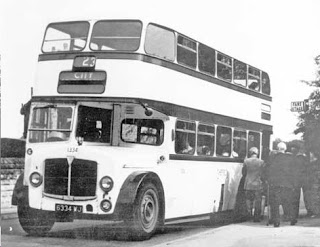 After the service 52 arrived via Badger Road, see Madhouse at Woodhouse [1] (read again) in 1964, all remained sensible and stable for 5 years. 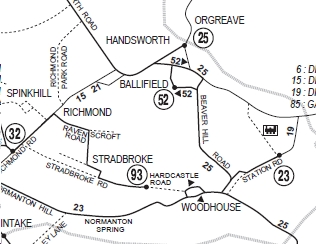 Things started getting complicated on 11th May 1969. Firstly the 23 was extended down Furnace Lane and via Retford Road to Handsworth (like the original 1920 Woodhouse route) and linked to a service 32 as a large "circular", more correctly a large "lollipop".
On the same day, the service 93 to Hardcastle Road Stradbroke was extended to Woodhouse village, seen here in "Mainline" days. This was to provide a "non-reverse" turn for one manning. 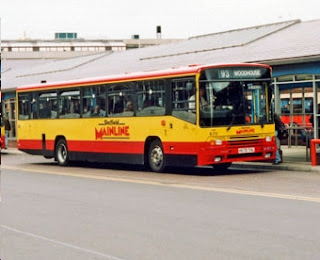 The seeds of confusion are well and truly sown with the 52 to Woodhouse, that's Woodhouse Station; then there's the 93 to Woodhouse Village, and the 23/32 passing both. The final nail in the confusion coffin comes when, in 1989, Yorkshire Terrier (later Stagecoach) chooses to send its competitive 52 a different way from the Sheffield Transport, later Mainline, later First, route 52. 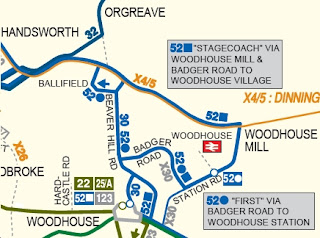 But, post deregulation changes come too fast for fbb's aged brain, so let's summarise. By 2011:-
Route 23 has become 123 (Stagecoach) continuing from
Woodhouse to Beighton and Crystal Peaks
Route 32 (erstwhile circular)
has turned back into a pumpkin ##.
Route 52 (First) runs to Woodhouse Station, as ever
Route 52 (Stagecoach) runs via Woodhouse Mill
to Woodhouse Village
Route 93 has become route 22 (First) to Woodhouse Village
Route 92 (originally to Woodthorpe) has become
25 (Stagecoach) and 25A (First) and is also extended
to Woodhouse Village
The village is now clogged with heaps of empty buses; no-one is quite sure where Woodhouse is, anyway, and visitors just turn up at the bus stop and hope. Privatisation and deregulation of the bus industry in 1986 has, as we see here, brought immense benefits to the travelling public.

And now that First and Stagecoach seem to be kissing and making friends, fbb predicts further turmoil to come. Let us hope that the harassed residents of Woodhouse will get a network that makes sense! fbb will be on hand to report, when (and if) it all happens.

## For the pedantic, there is still a 32. It has altered significantly at both ends with just under a mile in the middle (via Richmond and Handsworth) remaining of the "old" circular. So a pumpkin it is.

And a reminder that the present Director of First Bus for UK was snapped, aged 14, on a bus trip to Woodhouse. And look where HE ended up! 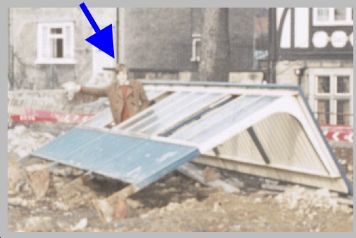 Next blog : due Tuesday August 2nd
Posted by fatbusbloke at 07:08