This quote comes from a Cambridge local paper. 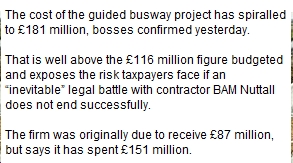 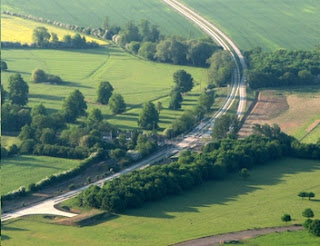 But there are several civil engineering projects that have pushed the budget into the "whoops we didn't expect it to be as much as that" category. The St Ives branch line crossed the Great Ouse river on a simple girder bridge ... 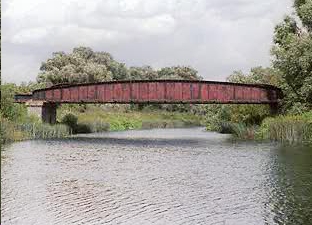 ... sadly not suitable for the busway and its ancillary access tracks. The new bridge, as well as being part of the pecuniary punch-up with the contractors, is a very significant bit of concrete indeed. Not a bridge but a lengthy viaduct to raise the track well above the flood plain. 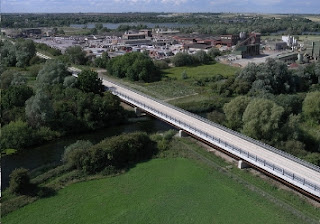 A big bucks bonanza of a budget!

The section south of Cambridge Station has more heavy engineering. The route needed to cross under Hills Road, as below ... 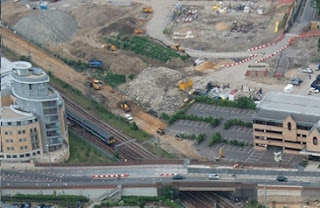 ... to the right of the exisiting railway. It is the height of this new bridge that means the southern section can only be used by single deckers, a decision which some commentators find short-sighted. Then at Long Road, near the Sixth Form College, a complete rebuild was necessary to provide a route for busway, footpath and cycleway. 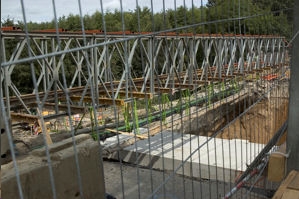 Finally, to get the guided buses to Addenbrooke's Hospital, the spur guideway needed a bridge over the Cambridge to London electrified railway line. 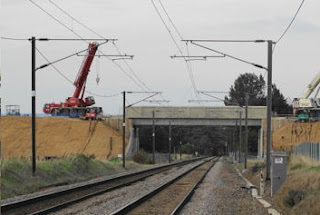 What is absolutely amazing, to an outsider like fbb, is that this hugely expensive southern extension is only used by a 20 minute frequency service with nothing at all in the evenings and at any time on Sundays.

You might be forgiven for asking whether the expense can really be justified. The theory, of course, is that other services will be "attracted" to the busway but as the bus operators have to pay for the privilege of using it, you wonder jut a bit!

So it would appear that costs have spiraled out of control (what a surprise; that's never happened before with a major construction project, has it?)

In addition, both busway operators have invested in new vehicles; this from the Stagecoach group web site:-

"Stagecoach, one of two operators providing services on The Busway, is using a £3m fleet of 20 luxury buses that have been fitted with small rubber guide wheels. The greener Stagecoach buses run on 100% biofuel and produce up to 80% less carbon emissions than vehicles using conventional diesel. All of the specially-branded vehicles are equipped with leather seats, air chill, real time information, and wi-fi to enable passengers to access email and the internet on the move."

And they've been running round on "ordinary" services for two years! 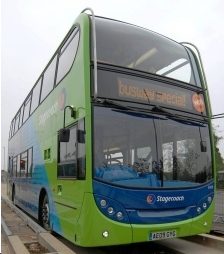 Meanwhile Go-Whippet have bought three new vehicles, resplendent in the same livery as Stagecoach; a significant investment for a small company. 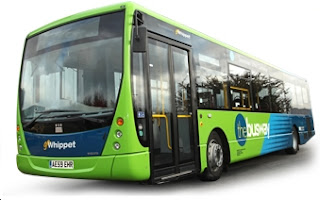 Everyone is agreed that the project has cost more than originally intended, so the final "Busway But" is ...

BUT, does it work?