"But it should have been a re-opened railway" 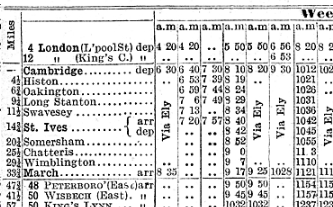 The 1950 editon of Bradshaw's guide showed nine trains a day between Cambridge and St Ives. We may look longingly into the rosy-hued past, but a "proper" railway would never have been able to offer a 10 minute frequency. 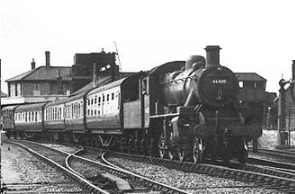 Surely, the operating costs alone of heavy rail would blow the finances out of the water? CASTIRON would, of course, profoundly disagree. [Cambridge And ST Ives Re-OpenNing]. Also, rail on an existing alignment would not serve the city centre. Cambridge Station and its associated lines are some distance from where local folk would want to go. The station is bottom right of this 1940s map extract. 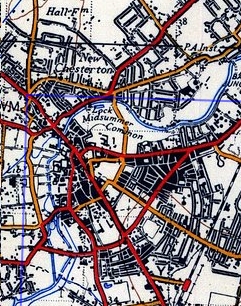 A tram, maybe; but the implications of shoe-horning a tram into the already chaotic traffic in the City Centre are horrendous. 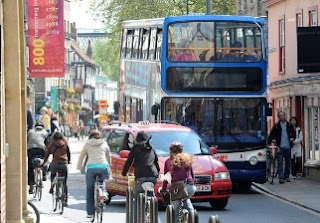 At least buses stand a chance of avoiding obstacles. Then there is the southern section to Addenbrooke's Hospital and Trumpington Park and Ride. This has been largely overlooked by bloggers and commentators, but from Cambridge Station southwards it uses the trackbed of the former Cambridge to Bedford line ... 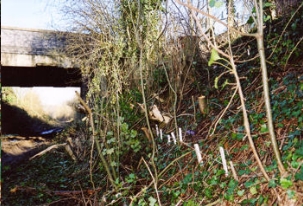 ... seen here at the Shelford Road bridge as undergrowth was being cleared. There has long been a so far fruitless campaign to reopen this line as an important cross-country link.

There never was a station at Trumpington; the first stop west of Cambridge being at Lords Bridge ... 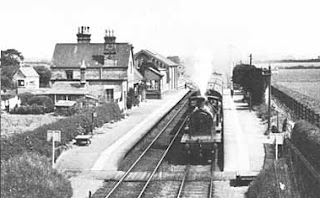 ... just south west of Barton on the A603, now part of the Mullard Radio Astronomy Observatory. The old station buildings are now a small visitor centre and a lecture room. 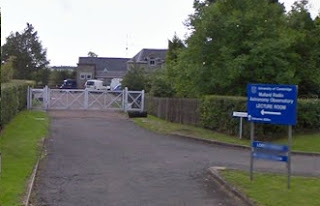 So, this "stub" would be an even less likely candidate for a big train set. Serving Addenbrooke's would have been impractical by rail and, as a minimum, would have involved a long walk from a possible Hospital Halt. 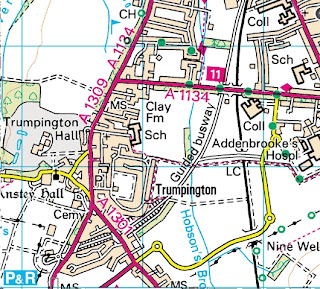 So, the argument leads inexorably to the busway solution; a Route A bus seen here approaching Cambridge Station from the south. 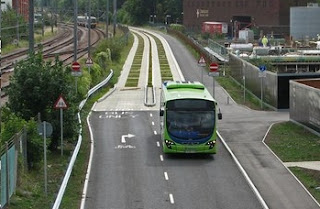 This bus will run under Hills Road bridge, call at the station and trundle into the city via Station Road, seen here with a Stagecoach Citi City service coming from the station. 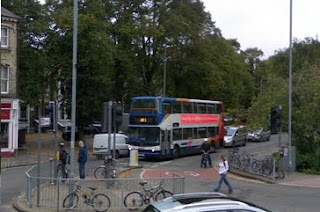 As an innocent and outside observer, fbb proffers the view that a real big big railway re-opening would have been an answer, but to a somewhat different set of questions. The bus is potentially good for shoppers, hospital visitors and commuters, whereas the train would have offered better long distance travel opportunities onward by rail. You pays your money and you takes your choice, as always.

Alan, our Northampton correspondent opines, "Of course it should have been a train. It would be like coupling several buses together and only needing one driver." Would that it were so simple!

BUT, why did it cost so much? Coming Next!

Next blog : due Thursday August 18th
Posted by fatbusbloke at 06:32