From Village to Town ... 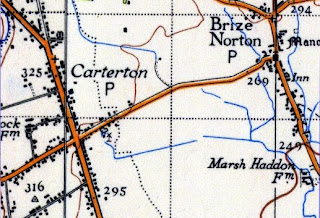 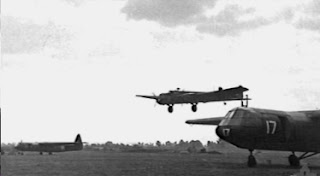 ... which, as its name suggests, was located at Carterton! It was one of hundereds of sites used during the war for the defence of our sceptred isle. With the post WW2 focus on the fear factor of the cold war, the airport was extended dramatically, with consequent growth for the town.

In 1944, it even gained its own railway station, named Carterton, but located at Black Bourton on the southern border of the RAF site. 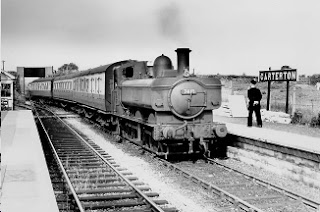 The former East Gloucestershire Railway line was single track and ran from Oxford through numerous small villages to Fairford. The station building at Carterton was built, military style, with concrete blocks, old bits of railway track and corrugated iron sheets. Not beautiful, but functional for the transfer of hundreds of troops year by year ... ... many of whom could shelter from inclement weather under the huuuge platform canopy. The line closed in 1962. In 2005, at least, the main building was still standing, converted into a stable block. There is an intriguing web site about the station here. 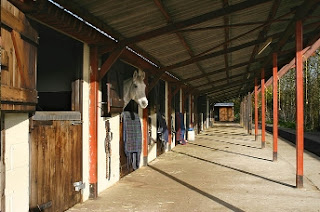 Sturdy and strong after over 40 years. They don't make station buildings like that any more.

Even with military cutbacks, the airbase dominates the town with the huge runway severing the old road, which ran, roughly north-south, between town centre and Black Bourton. 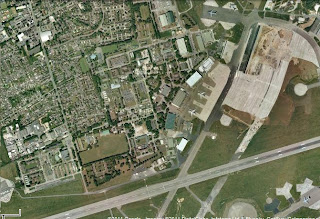 click on the image for a better view
Carterton crossroads (town centre) in top left
The base now houses the main troop transport unit for GB, plus planes for in-flight re-fuelling. It is a big, busy and often noisy place with things like this taking off at all hours of day and night. Earplugs, please! 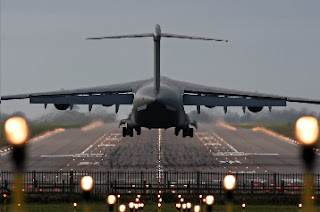 Bus services were in the hands of the Oxford Bus Company, 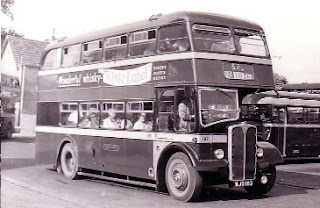 then, post privatisation, Stagecoach but most recently joined by RH Buses (amongst others) as tender prices have become more competitive. 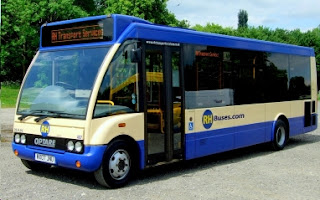 So when a friend rings up for advice on how to get to Carterton, fbb needs to do some homework. And the answer, surprise, surprise, is far from simple.
P.S. This is another picture of a train at Carterton station. Wierd eh? 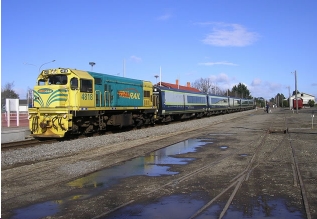 That's because it's Carterton in New Zealand. Beware blind belief in the bountiful beauties of the world wide web! 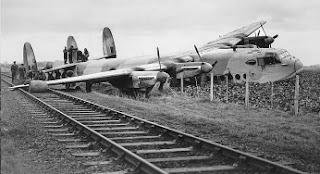 Chaos at Carterton [2] due Wednesday August 3rd
Posted by fatbusbloke at 07:05