You See Folks, We are Doing a Great Job

Compared With the Disgraceful Effort
of November 2015 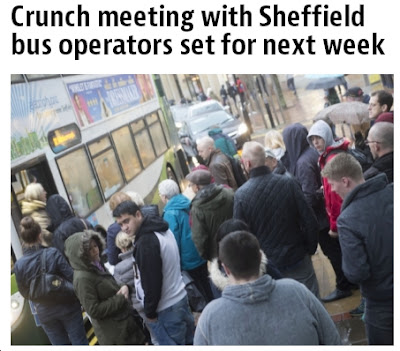 "Next week" is today, 29th February

fbb's mole within South Yorkshire Passenger Transport Executive has sent him a transcript of a meeting between Executive Director Stephen Edwards ...

... and one of his deputies who, for legal reasons, we will call "Gerald". They are discussion a press release under the label of the "Sheffiield Bus (not very) Partnership"

Now then Gerald, we've a bit of a problem coming up. There's this public meting on Monday 29th and everybody's going to be gunning for this Partnership Idea. We need to up the PR game. How do you think this will go down?

Sheffield bus changes have driven big improvements to journeys, with up to 90% of services running on time.


Is it true, Stephen?

It is if you compare it with the weeks just after the November debacle. Or we could try this for a statistic:-

Reports show punctuality increased by up to 15% since timetables were revised earlier this year in response to passenger feedback, and average weekly performance has returned to 86%.

Well it could hardly get much worse, Stephen. 15% better than a complete disaster isn't all that good.


Around 60,000 passengers are benefitting from cheaper tickets, and bigger buses on busy routes have increased capacity.

What percentage is that of our total number of passengers, Stephen?

O.K. Not a lot. In fact next to nothing. But it will sound good.


Sheffield Bus Partnership will report on the new figures at a public meeting at Sheffield Town Hall on 29 February, after passenger comments ...

Comments, Stephen. A near riot and a PR disaster.

... and journey data were used to make service improvements in January and February.

Well we tried to get it right, Gerald.

Three times in fact. So far!

But we are trying, Gerald.

Indeed, very trying; but, Stephen, that doesn't redress the shambles that the new network caused. I told you we shouldn't have used consultants.

All right, but how about the congestion angle?

We have cut congestion on busy city roads through better co-ordinated services.


But, Stephen, buses don't cause congestion. Shouldn't we have been honest and said we were cutting services to make a profit.

Service issues were experienced due to the scale of bus changes at the network review in November. Over the past months we have listened to passengers and analysed on-board data to make journey adjustments to address this.

But didn't we simply get it wrong, Stephen? 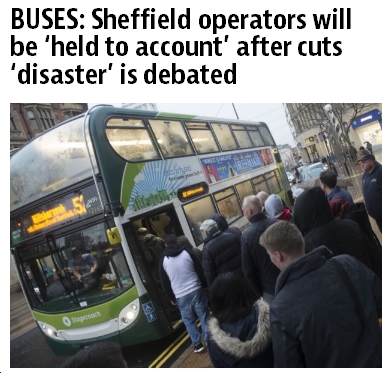 Of course we did, Gerald. But we can't say that at the meeting. We must be positive, Gerald.

Through working in Partnership, we have firmly steered Sheffield's buses back on route ...

But not on the routes people want, Stephen. The buses don't take them where they want to go.

Better to say we have given the people of Sheffield a wider range of journey opportunities, Gerald.

Mostly ones they didn't want, Stephen!

... and we are pleased with these latest improved results. We will continue to monitor customer feedback about services to ensure they are meeting community needs.

How can we be positive, Stephen, if we are still trying to get it right?

Look, Gerald, we must be positive.

Will the partners say that they are now more profitable, Stephen?


Profit - nasty word, Gerald. We could use words like "sustainable network"; "investing in cheaper fares", "introducing environmentally friendly buses". Remember the changes last November were to bring improved services to the people of Sheffield.

But they didn't, Stephen, did they?

If you want to keep your job, Gerald, you will keep those disruptive ideas to yourself. We'll put out the press release as agreed.

Gerald leaves the meeting at this point, informing Stephen that he needs to go to his music lesson.

I am off to practice my string instrument known for its use in Greek classical antiquity and later periods. It is similar in appearance to a small harp but with distinct differences.


fbb is on his travels again - to Sheffield.
The meeting is with bus operators; trying
to get some sense into bus publicity.
Likely success ... ?

Away from base Tuesday thru' Thursday 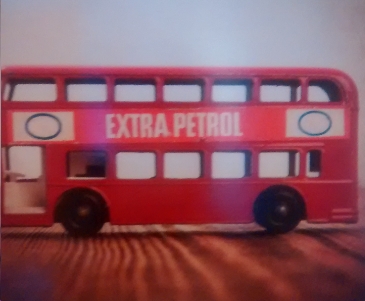 This was correctly identified by ta blog reader as a matchbox toy ... 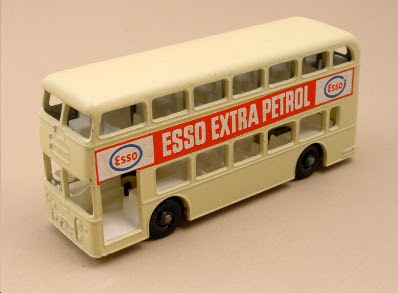 ... based loosely (very loosely) on a Sheffield vehicle (note the distinctive double destination panel.) Possibly one of these with body by Park Royal ... 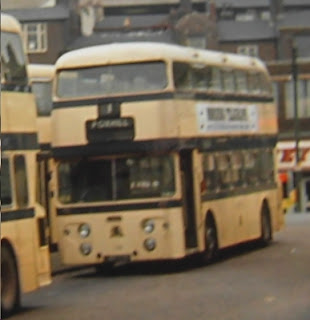 Or even one of these with body by Alexander ... 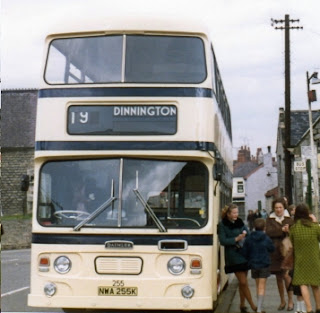 ... photographed on the first day of one man operation to Dinnington, 30th April 1972. Yikes, that's nearly 44 years ago. Here's a better sideways view:- 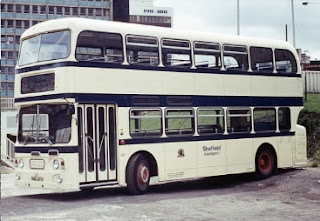 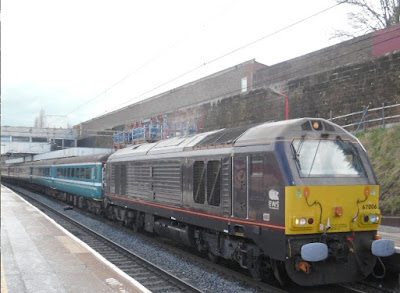 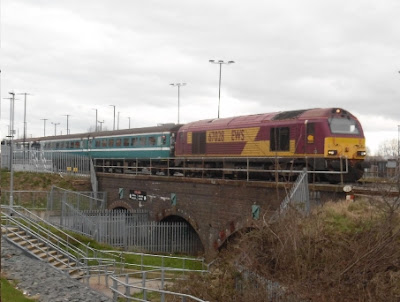 Thanks to Northampton correspondent Alan for these pictures.