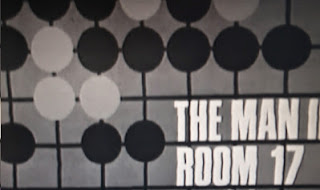 Some readers may remember this mid 1960s series on ITV. fbb doesn't; he was in "digs" at Sheffield University with nothing but a "tranny" for entertainment; an occasional invitation from the landlady to watch telly was a real pirvilege. But then fbb would have been studying. (pause for ridicule and hysterical laughter)

The programme concerned the obligatory mysterious ministry men mandated to solve mysterious malfeasance. This they did whilst remaining in sedentary splendour in "Room 17". 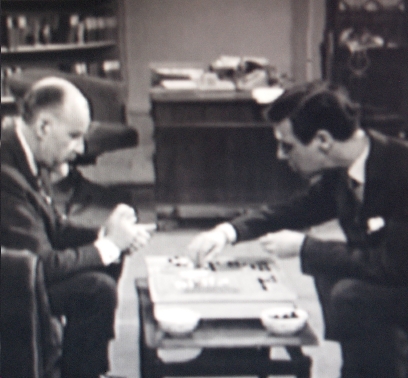 They spent most of their time playing the board game "Go" (hence the big dots on the caption screen above) and expected others to deal with boring things like collecting evidence and nabbing the guilty.

In many mays, today's blog is similar. Here a man from bus route 17, soon to be withdrawn by Arriva, writes to his local on-line news-site.

But unlike most opinions so far expressed, this one is a genuine attempt to understand and explain the "crime" and thus find a solution. Sadly, there isn't one in the current political climate, but at least the epistler has a good try.

For occasional blog readers these two past posts will furnish the background to the story.

Here is the letter, somewhat expurgated by fbb.

Nev is the big cheese of the Wood Street Village Association and a councillor for Worplesdon Parish wherein sits his Village.

Last month our Wood Street Village community got a shock. Arriva advised Surrey County Council (SCC) it would be removing the only bus service (the number 17) through the village as it was unprofitable.

In a blitz of anger from the village and local communities, which included emails, letter writing and petitioning, SCC officers and local SCC councillors (my thanks to Keith Witham particularly in this regard) have persuaded another operator, Stagecoach, to temporarily take over the service (for six months).

Well no – I think not. Let us examine how we got into this mess.

The number 17 route was not subsidised by SCC. Arriva who operated it had no duty to notify SCC of its removal in advance ...

Not quite, Nev. Arriva was required to give eight weeks' notice of withdrawal; which, fbb understands, they did. Although this canellation is in the public domain there is always a time lag in publication and an "amateur" could have difficulty finding it.

... and therefore SCC had not notified anybody either. When Arriva announced its decision to withdraw the service it came as a big surprise.

Nev suggests reasons for the decline in profitability of the 17.

But in another disguise the Kite was service 20 and has been every 15 minutes for several years.

The service 400 Park and Ride offers free parking and a return fare into Guildford of £2.40 (£1 for seniors) and is easy to get to from Wood Street Village. But you still need a car to get there, of course!

Located just off the A3 to the west of central Guildford next to the Holiday Inn Hotel and Surrey Sports Park, the facility has been built using £3m of funding won by Surrey County Council from the Department for Transport. Perfectly located for commuters and shoppers heading into Guildford northbound on the A3, the site has 550 car park spaces and is only ten minutes from the town centre. 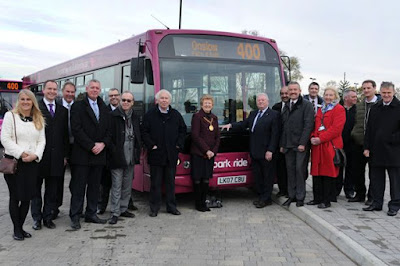 The Onslow Park and Ride opened in Decenber 2013, so not a recent change.

The absence of buses at the right times

The 17 offers an hourly service from  0700 to 1828 and it is hard to see how anything better could be a realistic aspiration.

The cost and unreliability of the service.

Nev goes on to explain the politics of Public Transport in Surrey.


It is one of the key roles of Surrey County Council is to understand the local bus transport needs. Its vision is set out in its Local Transport Plan (LTP3) as “to help people to meet their transport and travel needs effectively, reliably, safely and sustainably within Surrey, in order to promote economic vibrancy, protect and enhance the environment and improve the quality of life.” One might consider one of their key objectives would be to drive up the number of bus users to reduce car traffic, but not so.

But then comes the problems of an empty piggy bank;


Surrey County Council is, according to Cllr John Furey ... 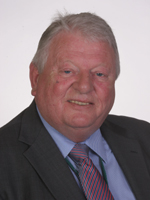 ... Cabinet Member for Highways, Transport and Flooding, £3 billion behind on infrastructure funding. In addition the county council is having its Revenue Support Grant dramatically reduced, which will have an impact on its £20 million bus funding. Therefore to achieve the newly stated LTP3 vision would appear to require divine assistance! 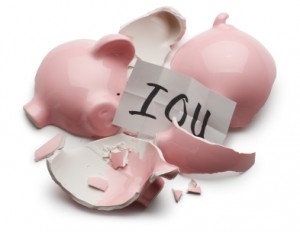 There is no money!


It is no surprise, then, that SCC is considering withdrawing all funding for local bus services; hoping to replace some of them with Community-run projects. And we all know what a roaring success that as been on the Isle of Wight! Nev continues:-


What the sudden removal of the number 17 has now exposed, is that once the funding is removed SCC will have very little real say in what bus services are provided in Guildford (or anywhere else for that matter).

So where does this all leave Guildford?


Guildford Borough Council also has a plan, a Master Plan no less, which includes this:- “The emphasis needs to be on encouraging more sustainable modes of transport and reducing congestion while attracting more visitors to the town.”.


I am left wondering how GBC is going to achieve a local plan, which relies on a reduced number of car journeys, when there are fewer bus services, and the only transport infrastructure added will be multi-million pound cycle routes.

Much more attention needs to be paid on how public transport is provided and motivated to get cars off the road. But who will do that if no public bodies including central Government, SCC and GBC are taking ownership of the planning and funding?

Meanwhile, a comment writer, referring to Mrs fbb's difficulty of getting from Brunel Manor to Seaton on a Sunday (last Saturdays blog) asked another pertinent question of our Parlamentary pals. 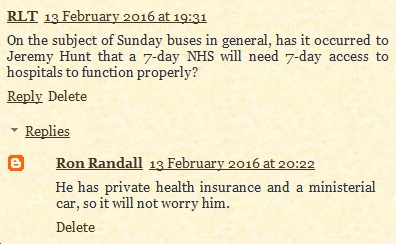 It really does look as if the current model for providing bus services is falling apart.

We need a really visionary politician to sort out a better way.

Silly me, "visionary" and "politician" are totally incompatible terms