... with Some Structural Damage.

Trees down, fences blown over, roof damage, windows blown out, vehicles toppled and a footbridge simply blown away! It could so easily be a description of recent bad weather in Cumbria; but it isn't. It is actually a description of the effect of over three months winter weather on the minuscule model railway situated in the extensive grounds to the rear of fbb towers.

This is how the project started. 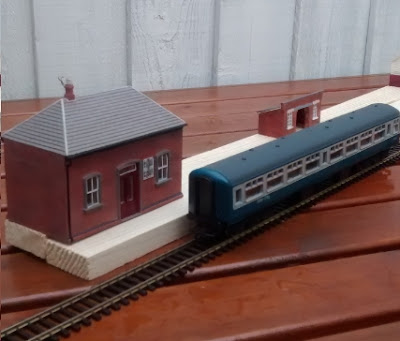 A length of track, a second-hand coach and three buildings from the "special offers" bin at Buffers model railway shop near Axminster. They were laid out resplendently on a garden picnic table, also bought second-hand from a shop down the road. 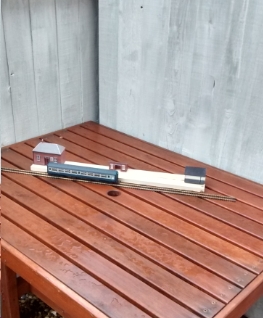 Not very promising; but as the Fat Controller had last "done" modelling in 1963 it was at least a start. Outside was chosen because of "domestic policy", the need to preserve internal space for family visits and a failure to downsize enough on moving from The Isle of Wight.

It did appear, however, that an oudoor layout in OO gauge was practicable, and construction continued apace; a-slow-pace! 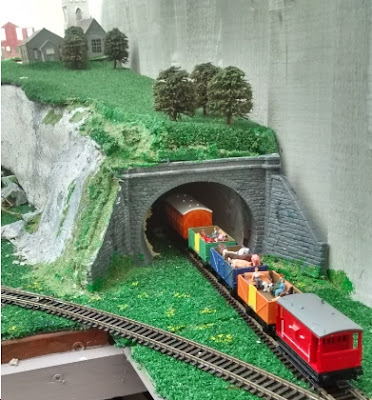 A tunnel was build, extensions were constructed and the layout and its back-story took shape. The closed Peterville Quarry was donated to the eponymous village by its wealthy owner to allow for the development of a Preservation Society specialising in railway carriages.

This meant that fbb could play with all sorts of short trains made up of a motley collection of passenger coaches. 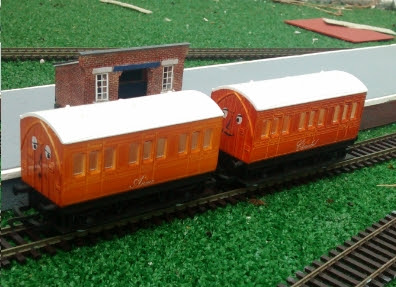 A poorly modelled Annie and Clarabel were joined by various Pullmans (with internal lights!) ... 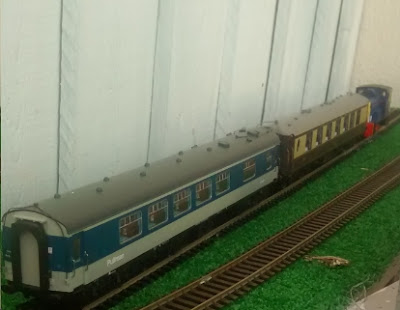 ... and other standard Mark 1 coaches; plus a much maligned Pacer from Greater Manchester. 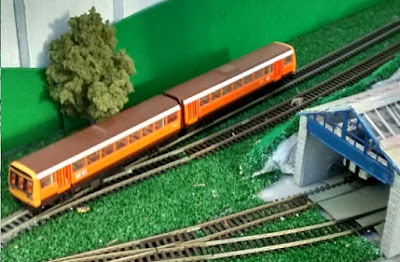 Some of these were packed away for the winter, others stored in the tunnel and fbb's home-made carriage shed. 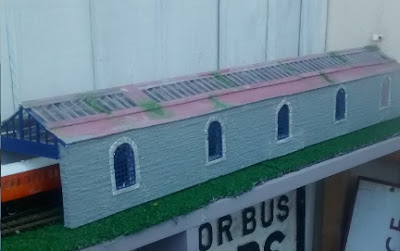 This half-and-half policy was in the wildly optimistic hope that some winter running days would be arranged for the edification of visitors (poor souls!) and the amusement of fbb. Meteoroligical mayhem and unpredictability put a stop to that idea!

Yesterday was to be the day of reckoning. Examine what damage the winter weather had wreaked and begin the process of repair.

Needless to say, yesterday began with heavy rain! Again! And the rest of the day was damp and cold, not conducive for an old man to be crawling about in the back yard with paint, glue and polyfilla! At least the damage could be surveyed.

trees down but cows still standing! 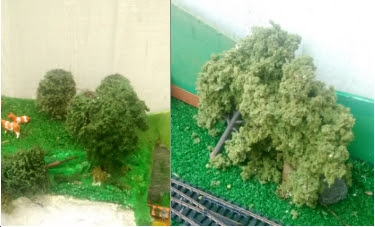 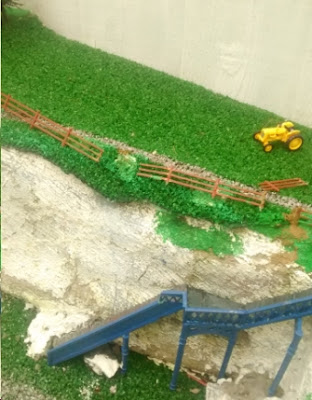 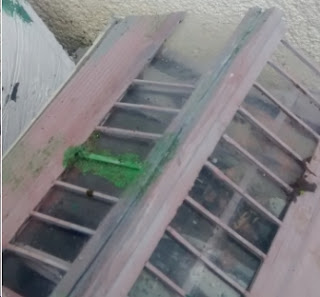 windows blown out : no sign of them! The doors are still in the box, waiting to be glued in. 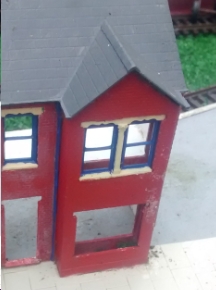 vehicles toppled : some of the cheaper stock was deliberately let outside this winter to test for survival. They did. a footbridge simply blown away : the Dapol (former Airfix) kit is too light and really needs glueing down. But structurally it survived being rammed against the garden fence by a significantly over-scale gale. 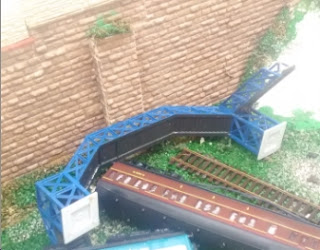 In fact the layout has all survived the rigours of a nasty winter with very little problem. A couple of hours with glue and paintbrush and all will be restored.

But will the trains still work? Early afternoon was scheduled for the big switch on, possibly followed by a crackling sound and spirals of acrid black smoke. 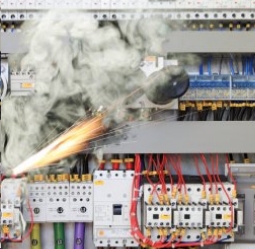 But first, give the track a clean with the track cleaning block, removing leaves and wiping off the effect of loose bowelled seagulls and, fingers in ears, here we go.

Here we stop! The track was so wet, so filthy from rain and crud from the neigbouring building site that it would have needed a plasma torch to get it clean. But with a bit of coaxing three locomotives stuttered inelegantly along the section fbb has cleaned (sort of). Then it all stopped.

It would appear that water had got into some of the electrical joints (a problem faced by Network Rail and CrossCountry Voyagers!!) and a bit of rewiring and rescrewing of terminals was required.

By then fbb's little pinkies were suffering from a close approximation to frostbite and there was a desperate need for a flagon of tea. BUT IT ALL WORKED (after a fashion) and, given a dry day or two all will be well.

Considering the soakings, freezings and blowings of the last three months, fbb has satisfied himself that an outdoor OO gauge layout can survive the worst that winter can deposit on it. Until we have drier weather, here is a picture of a piece of track before cleaning ...

Definitely a work in progress!

And the stuttering but working trains are ready to be put back into the carriage shed for a well deserved rest after such a rude awakening from their hibernal slumbers. 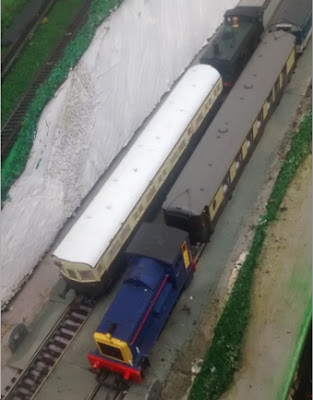 And the lights in the church still work ... 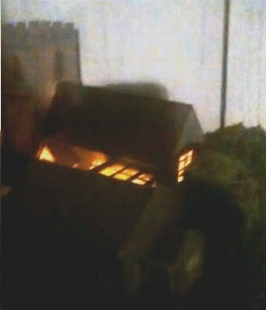