In More Ways than One?


A forum note : The news which has come as quite of a shock this afternoon is that one of the independents will cease trading from the end of service tonight.


Wikipedia : Tates Travel was a bus operator based in Barnsley, South Yorkshire operating services in South Yorkshire and West Yorkshire. They went into liquidation on the 8th February 2016.

Quick off the mark Wikipedia!!

Due to the high volume of visitors
we are unable to run our usual website.
We apologise for any inconvenience caused
but hope this site
will enable you to find what you are looking for. 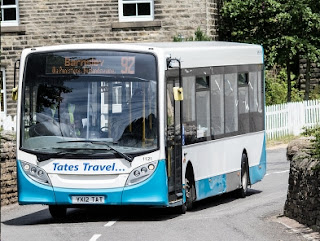 Quick off the mark, Stagecoach!!! Don't buses usually use the 24 hour clock? Oh, well; it is Barnsley.

"The Truth Was Out There" (and the X files are back on Channel 5!) 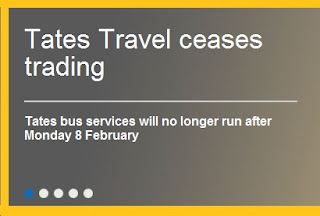 Stagecoach will operate service 23/23A/24/25/92
however these will operate to alternative timetables,
which are published herewith

Nifty work by all concerned!

Undoubtledly the sign of decline was there if you chose to look ...

The following quotes are taken from various forums and web sites but fbb has no local knowledge, so they need to be taken with "polite suspicion". 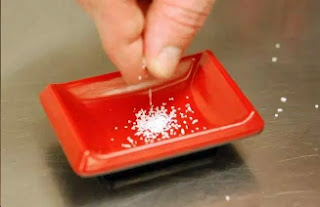 
Tates were purchased by the Island Fortitude investments group in 2013, backed by Chinese bus and coach manufacturer King Long, as part of Island Fortitude's growing portfolio of bus operations in the United Kingdom. Later that year, Tates' first King Long buses and coaches were delivered. Following a series of controversies involving Island Fortitude, and a series of closures of IF-owned bus companies, the original owners of Tates has repurchased the company.

We were thinking of something to do with our son, and granddaughter, so we decided on a visit to the Yorkshire sculpture Park. Got all the way to Barnsley, with 30 minutes to spare, so we waited while 1.10 p.m. for the 96 bus, which never turned up.

Just warning people don't rely on the 96 bus, as it regularly doesn't turn up. 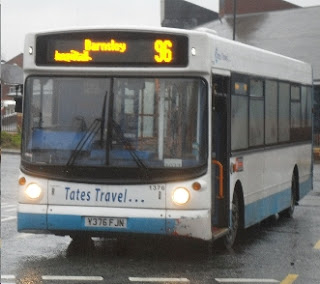 Tates travel. Sort your buses out.


Graham Mallinson (founder and boss of Tate's), known him for over 20 years. Very shrewd and a good head for the "sharp end of business" and had some good ideas, but sadly his man management skills were very much lacking, if not existent. (see below). Last time I spoke to Graham (well over a year ago), he actually conceded that he had expanded too quickly.

Personally, I think they have gone well past the point of no return, which is a shame, since in the right hands they could be very successful.


Shaun Hooley had been at work for four hours when he got a call to say partner Rebecca Asquith was in labour and the birth of their first child was imminent. He phoned bosses at Tates Travel in Barnsley, South Yorkshire, and asked for a cover driver to be organised so he could dash to the town’s hospital. When a replacement allegedly failed to arrive, Shaun says he completed his route and dropped off all passengers before driving back to the depot. But when he arrived he was told he was being sacked for breach of contract. Distraught, he left to witness the birth of baby son Jacob Thomas. 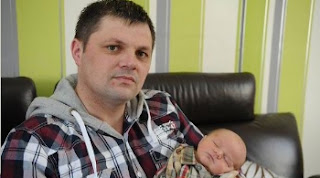 
A Barnsley bus operator which provided 'appalling' levels of service is facing a fine of more than £18,000 - unless it can convince the Traffic Commissioner the money could be used to give passengers a better deal instead. Tates Travel has been the subject of widespread complaints, with allegations of buses failing to turn up, breaking down mid-journey or arriving too early or late.

The firm ended up before a public inquiry with the Traffic Commission on Tuesday and was told a fine of £18,150 will be imposed - unless they can come up with a plan to spend the money improving services for the public.


Barnsley-based Tates Travel is no longer facing a financial penalty of £18,150, following a meeting with Traffic Commissioner Kevin Rooney. 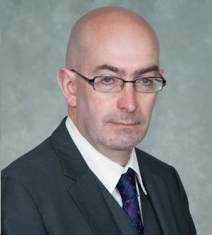 After a Public Inquiry in October, the Commissioner had proposed imposing the penalty on the company, of Whaley Road, Barnsley, for non-compliance with local bus service registrations unless the company introduced technology to assist with future compliance.

Following the meeting, the Mr Scarey directed that the financial penalty proposed at the conclusion of the PI be set aside.

The Commissioner was told that the company’s proposed investment in smart ticketing and real-time information appeared likely to deliver an improved service for passengers. The investment in that technology was in excess of the financial penalty that the TC had originally proposed.


It is very sad to see a company decline and die. It happened to Western grehound and, although Tate's were not in the same league as WG at its proseprous peak, the company did appear to be doing a good job. But sometimes its the little things the reveal the creaky underbelly.

Here are some extracts from Tate's web site yesterday.

This competitive service started in 2010 and was withdrawn in 2014!

Another route withdrawn some time ago.

If you cannot even manage to keep your own web site up to date, there is something badly wrong.

There was a rumour a few years ago that the company was on the verge of being sold to Stagecoach. This unverifiable rumour was rumoured unverifiably to have been started by Tates seeking to enhance the value of their business for a possible sale.

It looks as if Stagecoach has got the best of the business for a nil expenditure.

The Tates Travel web site was still all up and running at 2100 last night as if nothing had happened.

Next bus blog : Thursday 11th February
Posted by fatbusbloke at 02:00