The Falcon : A Protected Species? 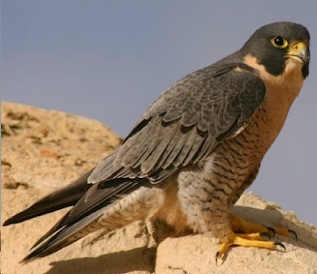 The timetable is, for certain. A. Nonymous appended this enigmatic note to yesterday's blog.

Now fbb had searched unsuccessfully for the timetable on Sunday evening when, according to Mr Nonymous, it was there all the time. How could the elderly, in IT averse and stubby fingered blogger have made such a bludner.

Easy peasy! He went straight to the Falcon Banner link and read this:-

Tickets & timetables
Over the next few weeks we'll be revealing full details of our great value ticket range and our 24/7 timetable; so make sure you check back regularly.

Hence a conclusion that it wasne there. And it still wasne yesterday morning at 0925 when fbb started compiling this blog. 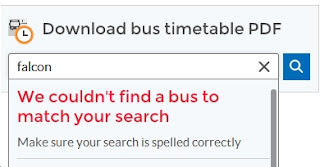 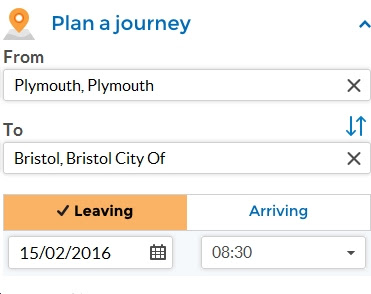 ... and yippee; we get a journey plan! But only after the usual unnecessary apology ...

... requiring a retrospective choice of direction. fbb has already told the idiot computer that he wants to go from Plymouth to Bristol!

And, of course, fbb was being silly in his search. It is incredibly obvious that the timetable will be listed as "FLCN", isn't it? Isn't it?

Come on Stagecoach, you are starting a stonkingly prestigious and innovative service and you are hiding the timetable. Protected species indeed. At least adjust the banner link to take you straight to the PDF timetable pages.

Mr A (above) suggested that fbb wouldn't like it. Well spotted!

Here's a chunk for your edification. (click to enlarge the timetable chunk)

First problem. All the "day sets" are mixed up with a column header for each journey - even where the journeys are exactly the same! But look at those notes; what do they mean?

They are, thankfully, explained at the foot of the timetable:-

In fbb's brain "X" always mans "excepted" in tradition railway parlance, so M-FX is less than ideal. Then there are the B journeys that run on some bank holidays; but which ones? F and Su are fine but Su-Th would be better as Su to Th.

Check carefully because fbb is a little weary after his quick nip to the Isle of Wight; but there would appear to be no flying Falcons on a Saturday.

Or does B mean Saturdays AND Bank Holidays? Assuming it does them fbb will publish a "proper" timetable in a later blog. He will also compare the service with other operators and modes.

We are still awaiting  details of our great value ticket range  but we do remember that all journeys are £1 for the first two weeks. This was publicised as "any single journey between two stops"; but one commentator has said that local journeys will not be allowed as the service is an unregistered unregulated express coach. This needs clarification one way or another before fbb trots up to Laira Flyover to ride into Plymouth for just a quid!

In the meantime, the table does reveal a little more about stops. The Taunton confusion (firstly Park and Ride OR Sainsburys depending on time of day, then just blank) is resolved. All Falcons will pick up and set down at Illminster Road "Buswway".

fbb thinks (correction awaited if he is wrong) that this impressive sounding location is the little nibble of bus only road linking the M5 Junction 25 complex with the direct route into town. Here from the Illminster Road (town) end ... 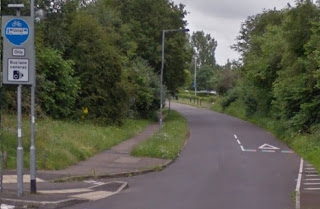 ... and here from the M5 junction end, showing the respect in which this restricted link is held by local motorists. 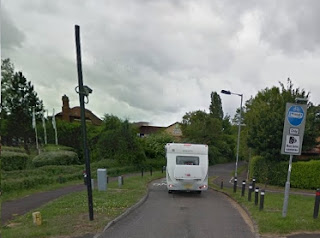 There are bus stops just round the bend.

Other stops have appeared in the timetable: at Laira Flyover on the outskirts of Plymouth ... 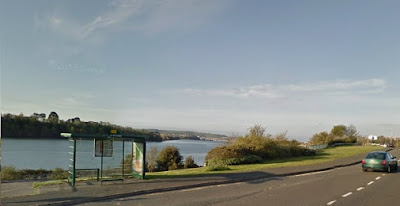 ... nice view but nowhere to park if you are picking up.

And at South Brent Marley Mansion. This is another roundabout just off the A38 ... 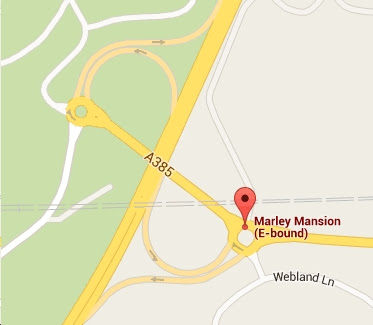 ... with yet another uninviting bus stop. 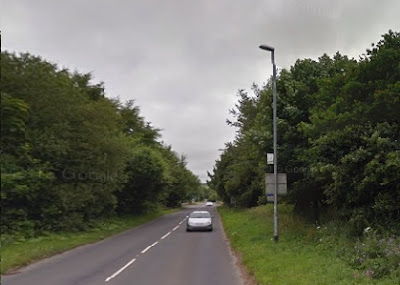 It is all very impressive if you can find it. We have a confirmed hourly daytime frequency with limited overnight trips; the journey time is three and a half hours given some variations at peak times and in the very quiet early mornings and later evenings.

fbb's £3 trip will probably happen on Tuesday 16th (second weekday of operations) as the old boy had forgotted a church commitment on Monday 15th. It looks as if the full round trip will be feasible in one day of abject travelling insanity.

More to come on several levels.


Next bus blog : Wednesday 3rd February
Posted by fatbusbloke at 02:00