The Flight of the Falcon Part One 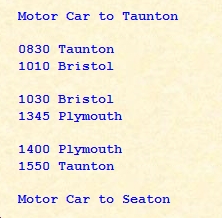 There was a heavy ground frost in Sunny Seaton yesterday; so it was that fbb set off carefully in his limousine for the outskirts of Taunton. A bit of roadside parking was available and there was a five minute walk to the possible site of the stop.

Here was a shiny new flag on the lamppost opposite the "busway" ... 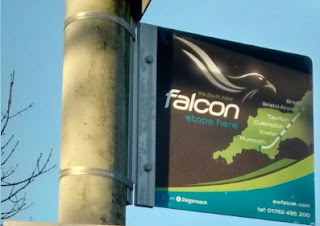 ... irrelevant for fbb's journeys as all fares are £1. There was also a timetable frame with departure lists for each direction but, as usual, no timetables.

fbb decoded not to prostrate himself before the sign of the Falcon in order to read it and merely bowed low in his imagination. Also at the stop were TWO PASSENGERS. 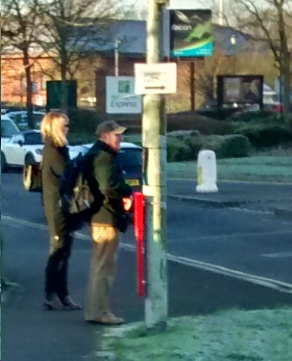 But they were going to Plymouth. on the previous departure from (near) Taunton. 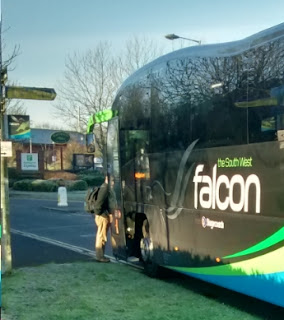 About 10 minutes later the coach to Bristol rolled in a few minutes early. fbb paid his quid and joined five other people already on board all of whom travelled all the way to Bristol.

One of the troubles with the Somerset Levels is that they are, to use a technical geological term, level. There is not much to delight the eye and once you have seen one river, you've seen them all. There's the Parrett, The Black Ditch, The Brue and King somebody's Drain (fbb can't remember) all dutifully labelled on the M5.

The one visual excitement is the vast Morrisons distribution depot. 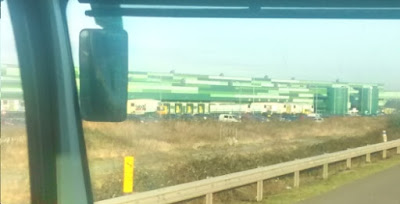 We lave the M5 to take the A38 via Churchill (where we wait time at, oh the ignominy of it) a First Bus stop. 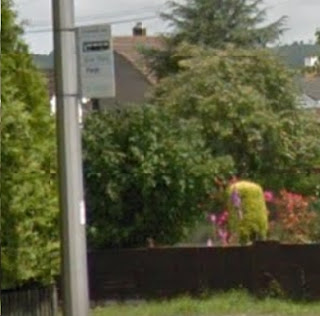 No passengers alight or join on this section. At Bristol Airport we pass the old terminal building and control tower ... 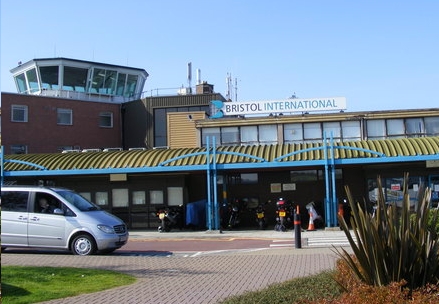 ... before reaching our stand alongside the new terminal which must be at least ten times bigger. 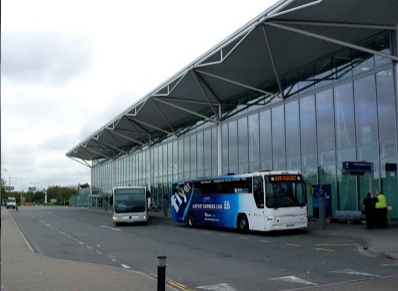 Our driver had to hand her identity tag to the man in the hut who then raised the barrier and lowered the rising bollards. 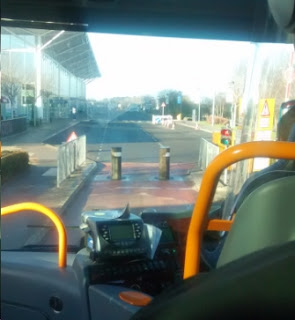 What would have happened if the tag had failed to activate the gubbins? There was no other way onto the Terminal stands. Sometimes, technology can be counter-productive.

Here we have a crew change. Our driver had a break and the new female type woman is ready to take the help/steering wheel, having arrived there on an earlier run. Because we have electronic ticket machines this process now takes an inordinate amount of time. 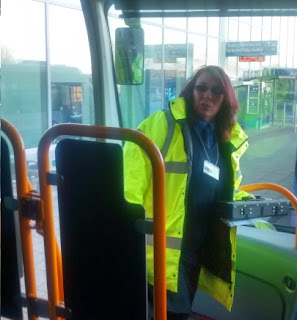 There is heated debate about timing with, apparently, different sets of times on the two staff duty sheets. By the time this is resolved our on-time arrival had become a ten minute late departure. "No problem," our exiting chauffeur opines, "you'll have plenty of time to get to Bristol."

Why is staff change-over so complicated? Sometimes, technology can be counter-productive. 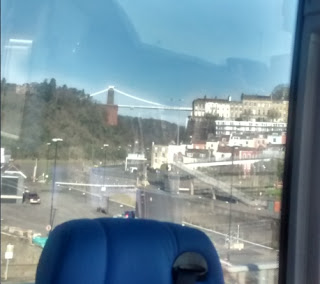 And we might have had enough time, had not the City Authorities been digging up "The Centre" (onetime "The Tramway Centre") in preparation for the rapid transit busway. 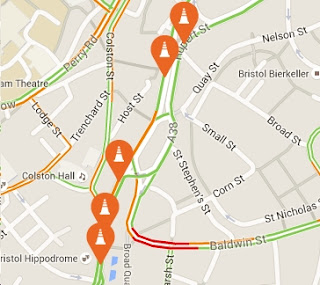 It was a very slow crawl all the way from Anchor Road through to St James Barton, just the route needed by our Falcon 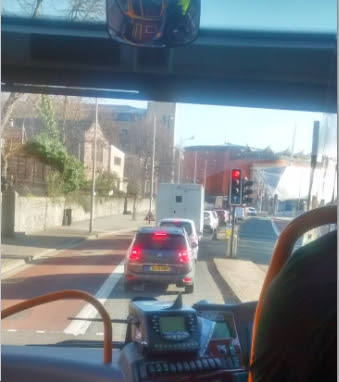 ... and a small clutch of passengers was eagerly awaiting the 1030 departure. 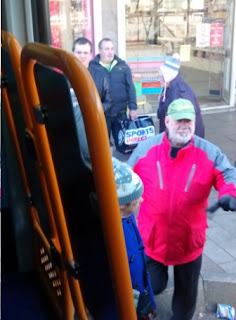 The clutch included two Megabus passengers, also bound for Plymouth who were politely told that this Stagecoach vehicle would not do; they would have to wait for a different Stagecoach vehicle. "But it says Plymouth on the front there" was the rueful plea.

There was also the Wheelchair Crisis. Our driver had been warned that a wheelchair-bound passenger would be waiting. But the storage locker for the ramp thingey was, helpfully, locked; and our driver did not have a key.

Clearly unaware of such incompetence, the enthroned passenger had left her wheeled chariot and, with some assistance, was climbing the steps. "I got steps at home, so I can manage," she said in response to our drivers profuse and embarrassed apologies.

... is misleading. It is on Bond Street about halfway between the Cabot Circus sausage-about and the St James Barton nearly-roundabout; by the A4044 on the map. 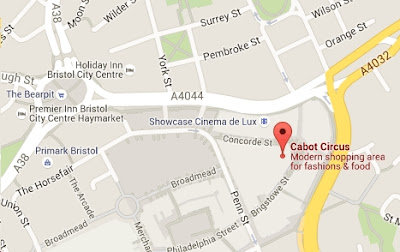 There's nothing to indicate a Circus, Cabot or otherwise, adjacent to this row of stands.

The journey was comfortable, the drivers were excellent at driving and politely helping passengers but "there was room for improvement" in the detail.

But with barely a moment to draw breath, fbb is on his way to Plymouth; 10 minutes late.


Next Falcon Blog : Thursday 18th February
Posted by fatbusbloke at 02:00