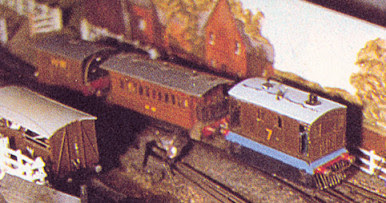 The Rev Wilbert Awdry, progenitor if Thomas the Tank Engine, built, just post WW2, a model railway called the Farquar Bramch. Here Thomas, Annie and Clarabel began their lives, as did Duck, Toby and Henrietta. In an article in Railway Modeller, Rev wrote:-

"Toby's coaches are HENRIETTA and ELSIE. Henrietta is a model of one of the four wheeled tram coaches which used to run between Wisbech and Upwell.

I got drawings of her at the same time as I got them for Toby, but she looked too difficult for me to tackle, so I had her professionally made. She was ready and in service before I had finished building Toby. Once I had finished Toby I started on Elsie. She was a small four-wheeled luggage van also from the Wisbech and Upwell Tramway. She was quite straightforward to build from wood and card once I had made a scale drawing of her. She entered service in 1953."

Elsie, the luggage van, never appeared in the books and the real big railway moved on to bogie coaches later. 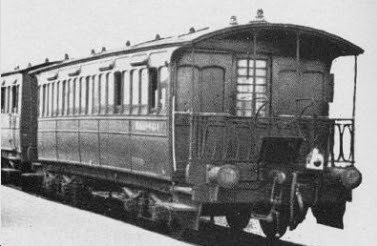 The overall design was much the same; entrance was via open gangways at the end of each vehicle and the internal seating was basic.

Rev Awdry had his Henrietta professionally made whilst kits were available in the 1980s. 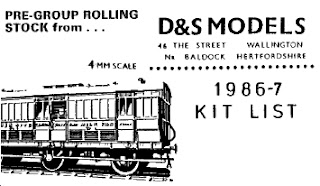 Bachmann have produced a range of "Thomas" models for the American market which included a Henrietta which dates from 2007. 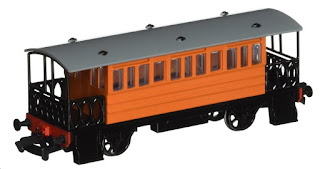 fbb has seen one advertised at £20 plus £5 postage. Too expensive for a non-serious purchase! the current Bachmann USA on-line shop advertises Henrietta for $31 presumably plus postage.

NOTICE: We will be closed on Monday Febraury (Note spelling variant from over the pond!)15th for Presidents day. Orders placed after 11 A.M. EST on Friday or over the weekend will ship on Tuesday February 16th.

So the idea of buying a coach for Toby was parked in one of fbb's many intellectual branch lines. Until this picture appeared in the daily list of second-hand stuff on sale from Hattons, late of  Liverpool now of Widnes. 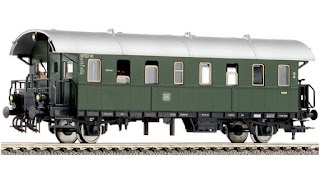 Painted orange and viewed through a Lincolnshire fog, this would pass muster as an sort-of Henrientta. And at £11 for a model usually sold at £30 it seemed a bargain. The roof line is all wrong, there are three windows fewer than there should be, but a coat of paint, some red buffer beams and Toby will have his close coupled pal in tow in a jiffy.

But what exactly is the DB vehicle illustrated above?

"Die Büchse der Pandora" is another use of the word Büchse. 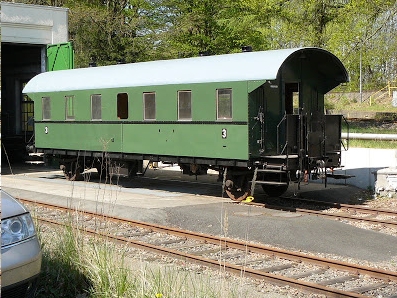 Internally they had wooden seats and very little in the way of insulation. 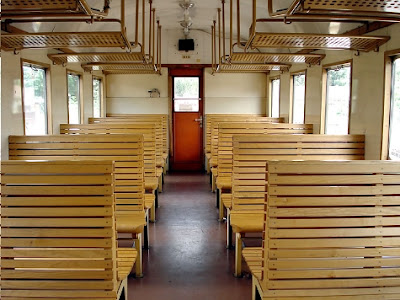 As they rolled along often less-than-smooth track, they gave out a roaring rumbling noise like thunder; hence "Donner" (as in "Donner und Blitzen").

Amazingly, some of these vehicles remained, but refurbished, in passenger service until 1970!

Excitedly, fbb sent off for his coach which arrived promptly 48 hours later. But imagine his disappointment when the front coupler appeared to be missing as was the little socket in which the coupler would fit. For those unfamiliar with modern railway modelling, coupling thingeys clip into an "NEM pocket" which enables the user to change to a different coupling system as required. 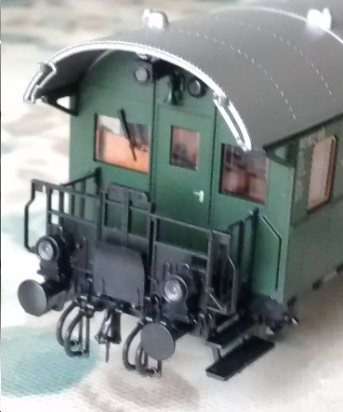 But there were headlights and a windscreen wiper, and some gubbins in the widow. More research needed.

In 1951 several Ci coaches were converted into driving trailers (CPwif) for shuttle services headed by steam locomotives. They had a driver's cab fitted at one end, were given red livery and a luggage compartment.

As they would be running in one direction with a loco attached in the rear, the illustrated end would be the front of the train, hence nothing would be coupled at that end. So fbb's coach never had a coupling or an NEM pocket.

All the on-line pictures were dark green. 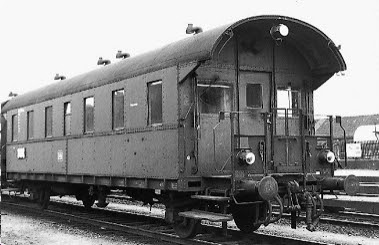 Apparently these were not actually driven from the cab in the coach, but a mechanism passed instructions back to the loco drive at the rear. There was, however a brake available!

So is this what fbb had bought?


Which, being translated, is a "push-pull control wagon". The item concerned is no longer in production, but, according to the current on-line catalogue ...

... comes with NEM couplers, working internal lights and head and tail lights which change colour according to the direction of travel. Seemed a bargain at £11 especially when the catalogue price was £30.

Sadly, but understandably, all he electrics had been removed from the fbb purchase. Pity, because its availability on line is limited and prices seem a bit on the high side. 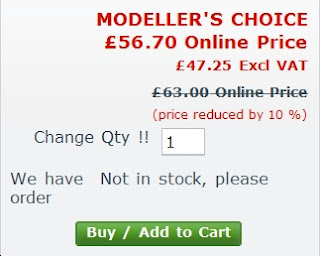 So here is the proto-Henrietta, the Henrietta-to-be, buffered up to Toby and awaitng cosmetic fettling to look a bit more like Rev Awdry's original.

She is now in the fbb workshops (dining room table) ready to be fettled.

This time the quotes are from fbb's posting on the South West Falcon. 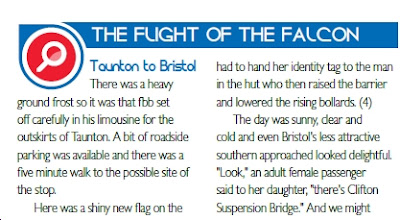 The controversial bits about fares were left out but a couple of the the mini-moans were quoted. 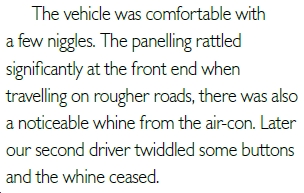 Even some of fbb's poor quality photos appeared. 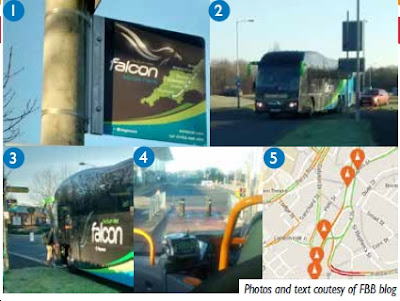