Pray How Do I Get to Brunel Manor ... 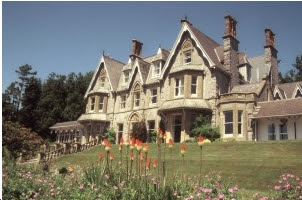 Today, Mrs fbb is off to a Prayer and Bible Study weekend at Brunel Manor, a splendidly posh-looking Christian Holiday and Conference Centre near Torquay. 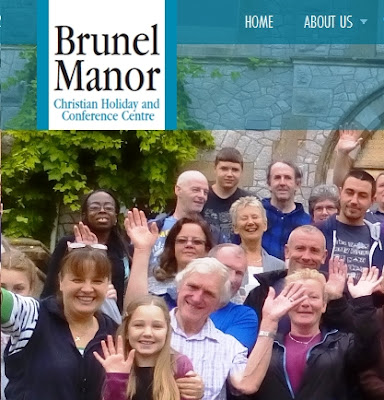 The question arose as to how to get there. Would fbb b taxi driver? Would Mrs go by train and bus? Would Mrs go all the way by bus? Would she need a taxi from somewhere accessible? So it was up to your noble blogger to provide the answer.


As is so often the case there days, Brunel Manor itself provides no pubic transport information. But an enlargeable chunk of Google mappage at least shows where it is. 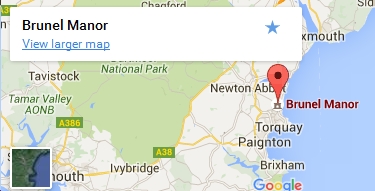 A look at Streetview reveals a bus stop that could not be more convenient ... 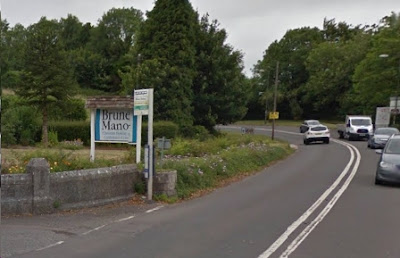 ... for Eastbound journeys. Travelling towards Torquay it is a bit less obvious ... 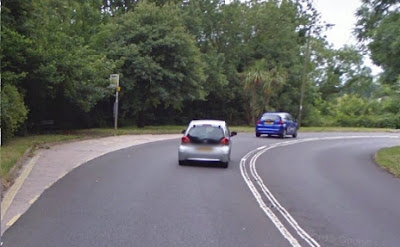 ... but Google also tells us that the stop is actually called "Brunel Manor" so that should be OK. Zooming in to the stop flags did not reveal a readable route number ... 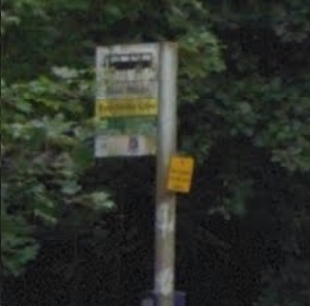 Try Google Transit. Initially this offered a reasonably attractive bus and train option as per the map below. 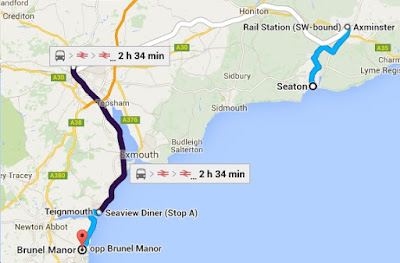 But if OAP Mrs fbb wants to go on the cheap, there ought to be a bus only schedule. Stick with Transit as it it on screen.

This is one of several options provided to get her to Brunel Manor in time for afternoon tea at 1530 - sorry 3.30 pm; Google doesn't understand the 24 hour clock. 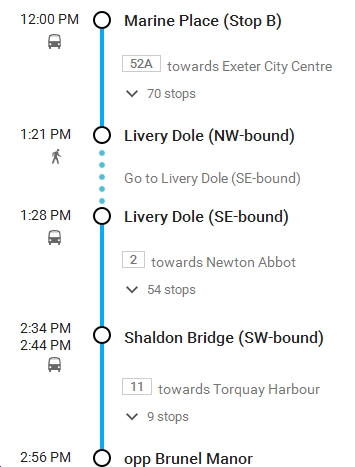 It has the advantage of taking her along the coast to Teignmouth (Stagecoach door-to-door and the most picturesque choice) but with the risk of a seven minute connection at "Livery Dole" a stop on the outskirts of Exeter city centre. 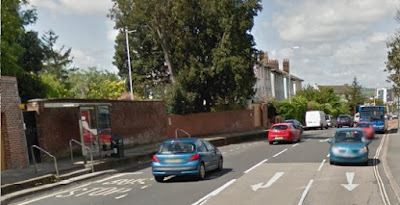 The stops are not particularly obvious and you have to cross the road to make the change.

What happens if she misses that link?

Would one of the other options be less risky. Via X46, into Torquay and out again. 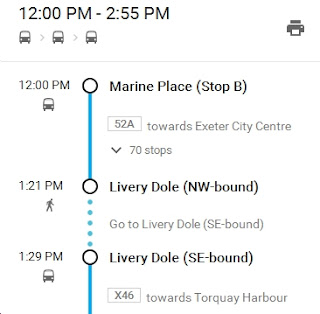 Eight minutes at Livery Dole. Of course you could stay on the 52A to Exeter Bus Station and hope to catch something useful but adding more risk and uncertainty.

Back to the train option? 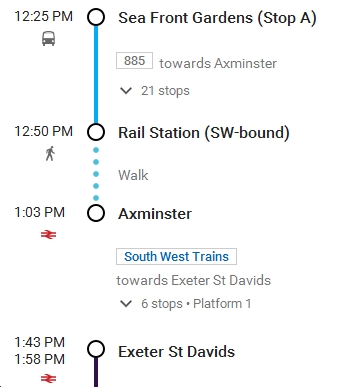 The changes at Axminster (13 minutes) and Exeter (15 minutes) seem eminently do-able but Teignmouth is a step into the unknown. 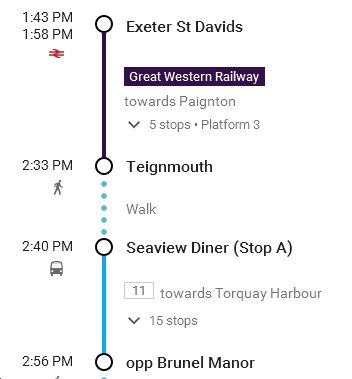 And will the 1358 train to Paignton be on time? That depends where it starts from, but these trips are usually very reliable.

So back to Google Maps to check on the Teignmouth Interchange. 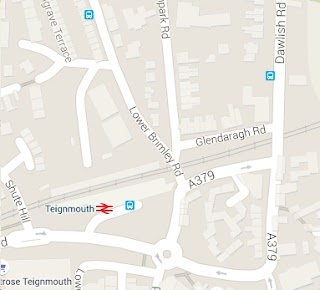 Where is "Seaview Diner"? According to yet another Google search it is on Regent Street; where be no bus stop. 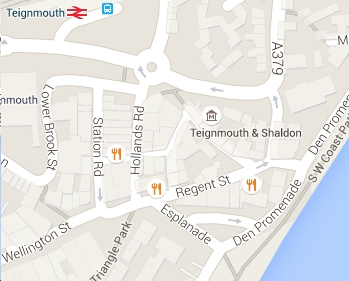 There is a stop on Wellington Street (omitted by Google) ... 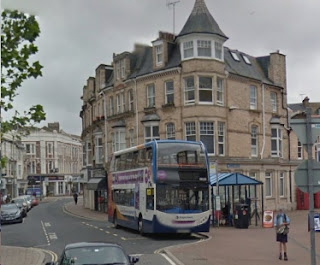 ... and a stop near Regent Street (also omitted by Google) but actually on a road called "Esplanade". 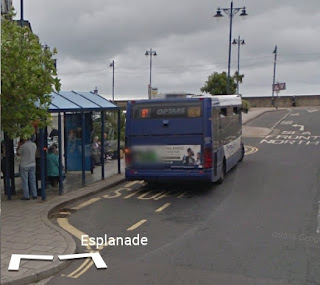 There is no obvious sign of "Seaview Diner" near either stop. You could try ... 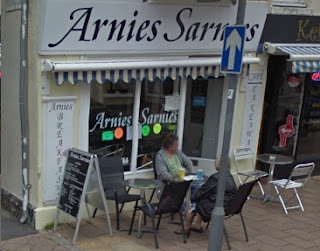 ... Arnies Sarnies for a light snack whilst looking but you would then certainly miss your service 11. One final area of research would be to look at Traveline Maps. First, of course, you need to work out whether your route is "inbound" or "outbound" because there a two maps; inbound ... 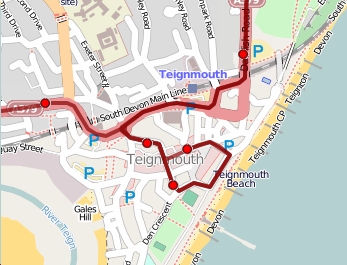 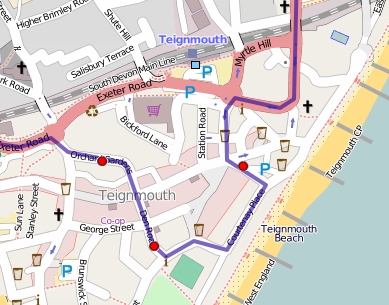 Prodding the dots shows that the stop on "Esplanade", near Arnies Sarnies, is indeed the one (above map, blue line near "P" near the beach) called Seaview Diner.

But could Mrs fbb find it; even with fbb's excellent and reliable instructions?

The risk meter has just shot round to red.


Next bus blog : Saturday 13th February
Posted by fatbusbloke at 02:00