A Saunter to Saltash

Correction : Saturday 5th September
fbb set off at the crack of dawn to travel westwards to take a close look at the new Stagecoach operation and record the last hurrah of Plymouth Ctybus on two of their previously competitive services. The first target was Saltash.

Until 1962, for road traffic Saltash was linked to Plymouth by ferry and then along came the Tamar Bridge.
Work started to strengthen and widen the bridge in the late 1990s.


An engineer proposed temporarily adding cantilever platforms to the sides of the bridge to accommodate traffic while the main deck was strengthened. Once this revolutionary technique had been accepted, it was soon decided that these two extra lanes should be permanent additions to the bridge to increase the number of lanes from three to five. The improved bridge was fully opened to traffic on 20 December 2001 (although it was never fully closed, in fact during peak hours every effort was made to keep three lanes open). The Tamar Bridge was officially reopened by Princess Anne on 26 April 2002—forty years to the day after it was first officially opened.

For those who enjoy these things, fbb will show his planned schedule for the day alonside what actually happened. The reason for the differences will be explained! 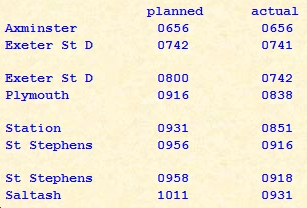 The 1 minute connection at Exeter was because the train from Axminster was one minute early and the CrossCountry, due away at 0741, rolled in 1 minute late. All fbb had to do was to nip across the footbridge from platform 1 to platform 4 and hop on just as the doors were closing. Ace!

The view across the Exe estuary was particularly picturesque at 0750! 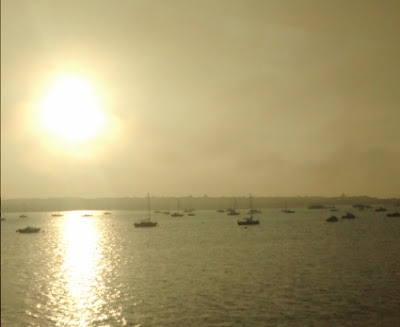 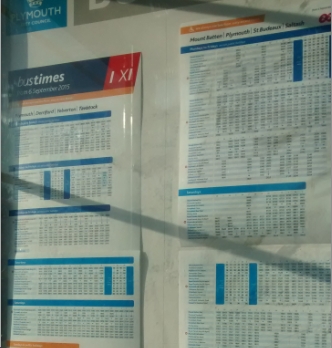 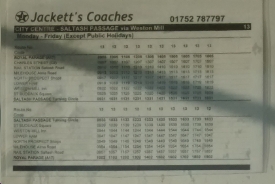 ... and a Citybus panel of departure lists, poor by comparison. 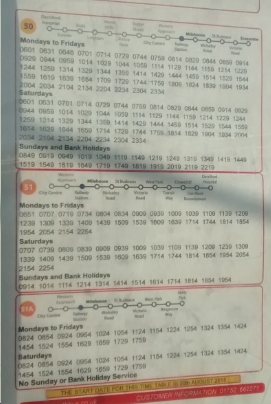 The route is of course, over the Tamar Road bridge where a bus only "gate" controls access from the original main road from Plymouth; ... 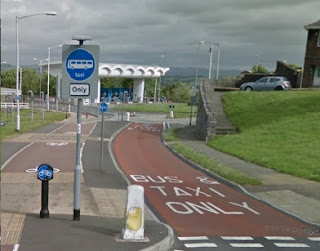 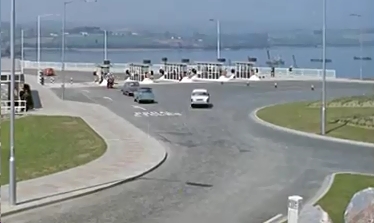 St Stephens is a much expanded "village" but lacking any particular interest bus-wise except for a bit of very narrow road (Church Road) which has caused local angst and is seen here served by First. 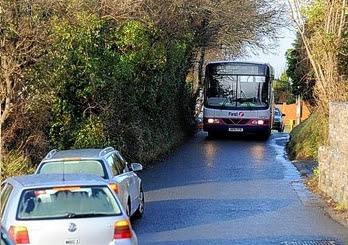 A particular oddity was the Antony Passage ferry. 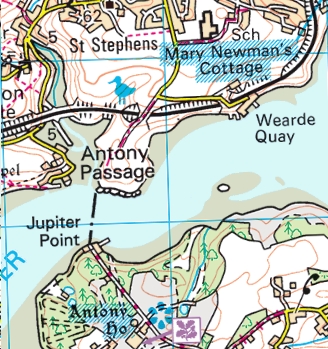 The Antony Passage Ferry, which is mentioned in documents as early as 1324, was situated within the St Stephens suburb of Saltash civil parish. The ferry belonged to the Daunay family in the 14th Century, in 1450 it passed to the Carew family, and by the end of the 18th century it was taken over by the Crosley family, who operated the ferry for several generations, until it fell into disuse in the early 1950s.


In April 1768 disaster struck when a bell for Landulph Church ... 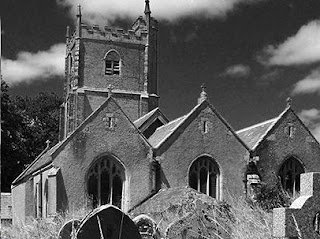 ... supplied by Fitz Antony Pennington, a bellfounder of Lezant was being conveyed by the ferry to Antony passage on a stormy day. The weight of the bell caused the ferry capsized and sink. Fitz Antony, who was accompanying the bell, and the ferryman were both drowned and the bell lost in the mud of the river bed. Fitz Antony's body was recovered, and laid to rest in LandulphChurch. A plaque in the south wall of the tower bears the inscription:

As we continue this visit, readers are asked to remember that Stagecoach 2/2A runs every 10 minutes to Saltash then every 20 to each of the local "estates". Citybus 10/10A (a relatively recent arrival started by Citybus to deal a knockout blow to First) matches this frequency but with slightly different routes at Saltash.
.
Back in the town centre well ahead of planned schedule at 0931, there was time for light refreshment in "The Kitchen". 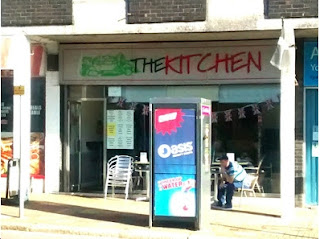 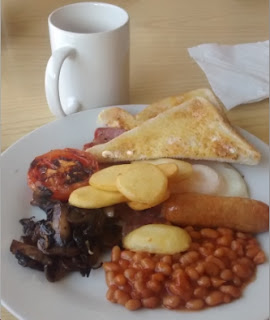 ... plus a £1 mugga, fbb was able to observe the two companies at work from a seat in the window.

Most passengers were OAPs who don't care which bus they board; but if there was a winner it was a nose ahead for Stagecoach. 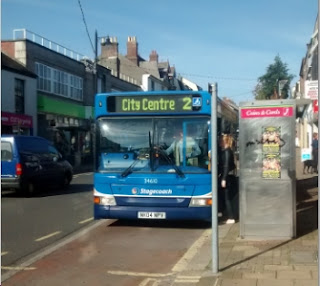 On the other hand, Citybus have extra "country" services ... 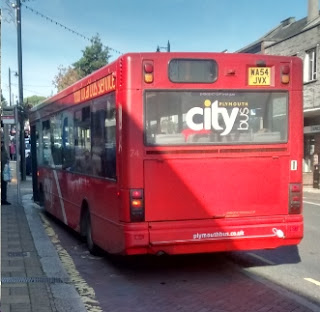 ... 11 every 30 minutes to Liskeard; and 12 every 30 to Callington, continuing every hour to Launceston and every two hours to Bude. An occasional 72 to Looe does not serve the main stops but calls nearby at the edge of the bypass. These routes came with the demise of Western Greyhound. So four extra buses every hour compared with Stagecoach.

One very noticeable lack was with the electronic bus stop information.

On the vehicle front, there was little to choose, but fbb thinks that allocating little Optares is unwise ... 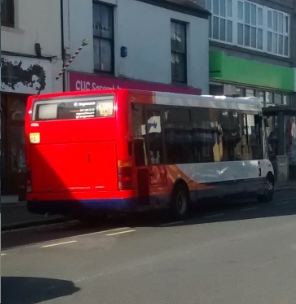 ... but Stagecoach have promised new(er) vehicles as soon as they can be ordered. Somehow or other, the Stagecoach livery seemed brighter than Citybus' red plus white "swoop".

The one area that was appalling, and fbb means APPALLING, was with bus stop flags. In Plymouth city these are provided by the council and show no route numbers anywhere, which saves having to update them! But across the Tamar, in Cornwall county where be dragons, things are depressingly poor. 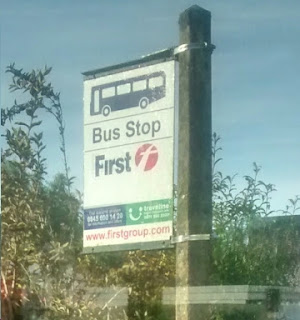 Such a pity to spoil "HMS Stagecoach" for a haporth of tar sticky-backed plastic!

And so back to Plymouth via a round trip of the other Saltash suburb.

This journey carried 24 passengers from Saltash towards Plymouth and, perhaps coincidentally, every Stagecoach bus seen on the 2/2A carried just a few more people than the 10/10A journeys.

An fbb prediction (always both dangerous and controversial!) would be that Citybus will withdraw from services 10/10A before Christmas. 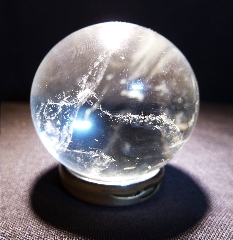 At this point the crystal ball went cloudy and a sign appeared; "all our operators are busy at the moment; try again later."


Next Plymouth blog : Tuesday 22nd September
Posted by fatbusbloke at 02:00