And a Second-hand Surprise 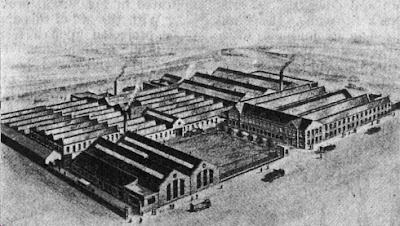 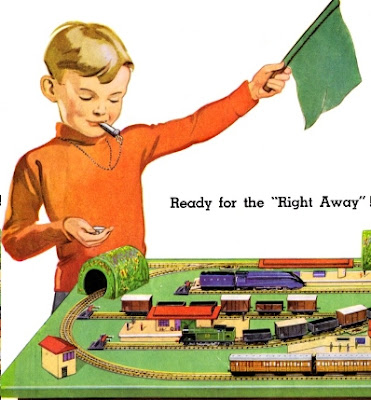 Less well known was a similar range but clockwork driven. 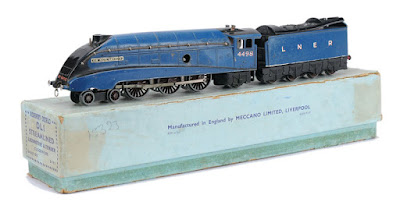 Note the large keyhole in the casing of the "streak" (LNER A4 Pacific). Amongst the accessories you could buy were semaphore signals. 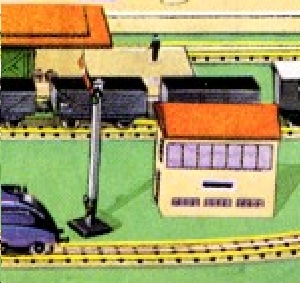 There were plenty to choose from ... 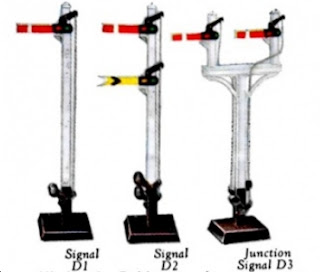 ... and, although the prices look cheap by today's standards, a purchase would eat quite a hole in a young lad's pocket money. 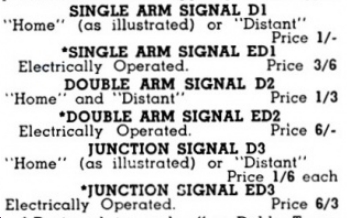 
Production of Hornby Dublo was suspended during World War 2, but resumed afterwards (but without the clockwork range) and took the firm and its OO models into pole position, a superior status which it held until their arch rival Triang appeared on the market.

The post-war range was simply a continuation of that started in the 1930s but with some changes and additions. Colour light signals joined the stock list ... 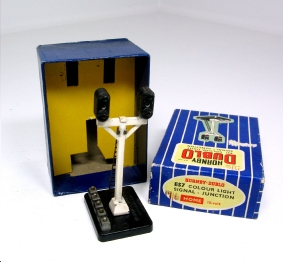 ... and the semaphores remained on sale right into the early 60s. As keen observers of Britain's railway signalling will observe, the models were basic, lacking the essential ladder and limited protection for the guy who had to shin up and top up the oil in the lamp! 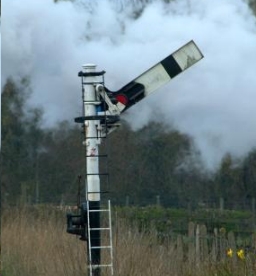 No 3 son, on observing these mechanical delights at Par station earlier this year, was incredulous that such antiquated technology controlled trains in the 21st century.

fbb's developing model railway needed a few signals; and modern plastic ones are much more detailed and much more expensive. More importantly, they are easy to snap off if your railway model fat controller is somewhat clumsy! So fbb ordered some second hand "Hornby" (i.e. ex-Triang) versions, cheap, as an experiment.

Imagine his surprise and delight when he opened the package and discovered that he had bought Hornby Dublo (metal, 1938 design) signals dating from the late 50s or early 60s.

And here they are, plonked roughly on the outdoor layout as platform starters ... 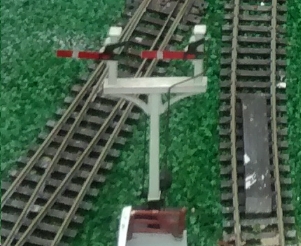 ... and at the junction signalbox. 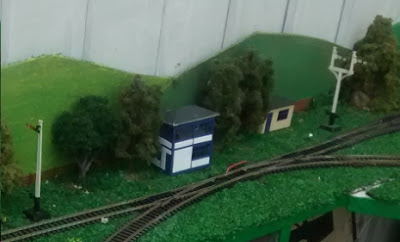 Also, it's not too difficult to improve the models with a ladder and some bits of white fencing; not perfectly to scale, but an adequate representation. Very fiddly; why does flue stick to everything except the bits you are trying to fit together? 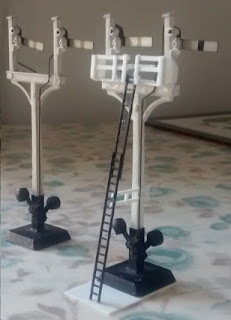 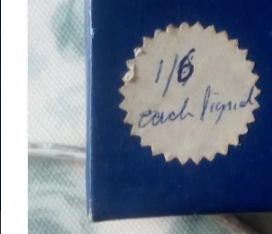 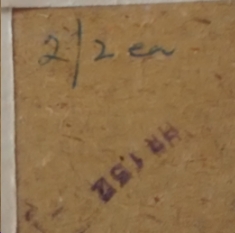 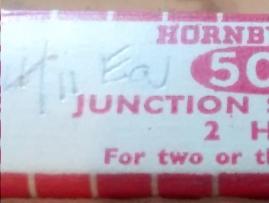 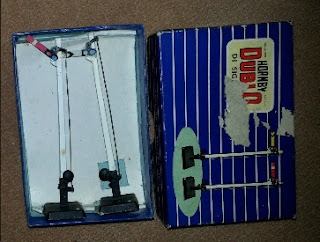 We will reveal all tomorrow, plus we will seek out a favourite model railway "haunt" for a schoolboy pre-f bb.

Apparently it's a seaside resort on Crete and populated with scantily clad young ladies ... 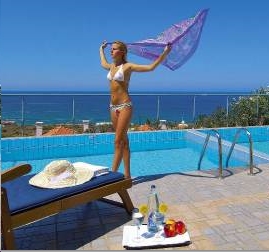 ... practising their parascending with a large plastic bag.

But fbb has never been there!