... is a Huge Former Chicken Shed. 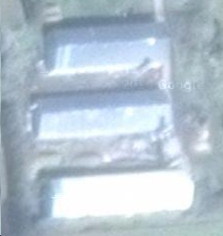 In this top secret location (identity hidden simply because of the value of the shed's contents), photographed by fbb's spy drone, is the headquarters of Yeovil model railway club. Earlier this summer (for want of a better word) fbb was invited to an open day, complete with a superb selection of cakes. After a ride in a clapped out Transit with blacked out windows, a blindfolded fbb was hustled into the clubroom. (only joking, chaps, but you did ask for location secrecy) In some ways the sheer size of the arena was simply overwhelming; but dotted around were the club's layouts. And what a variety.

This is Yeovil Town Station (long since closed) ... 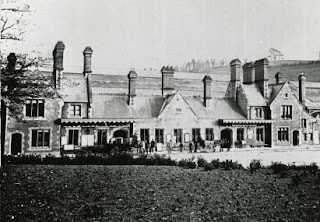 The aim is to recreate the original in exact detail. Work started in 1978 and, following delays, dismantling and moving, work continues apace; but a slow pace. The work done so far, however is magnificent and the efforts of the team are to be commended as they seek to preserve a piece of railway that is now nothing much more than a car park!

Next was "The Gas Works" an industrial "O" gauge layout which challenged the viewers as to which industry was being modelled. The club's web site provided the video via YouTube.
Another "O" gauge layout, simple a "end to end" branch showed the detail that can be achieved in the larger (7mm to the foot) scale. 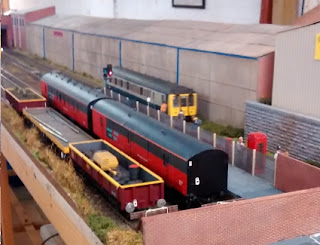 fbb was so impressed with the stone retaining wall (far right) that he ordered some of the stuff for his own little "OO" effort. 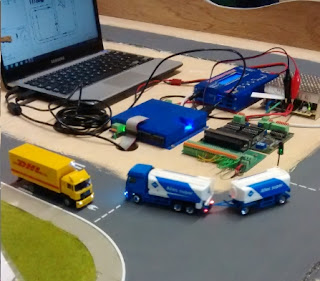 Instead of train trundling around, you have cars lorries and buses all whizzing magically in an urban or country landscape, stopping and starting being controlled by the inevitable confuser laptop.

The Faller Car System range is an excellent innovation, in which re-chargeable vehicles follow the roads on a layout to a pre-determined route. Available mostly in HO, but also in N, this system adds the novelty of moving traffic to your townscapes, bringing added interest and realism.

In case you wondered, the vehicles are battery powered and follow a guide wire embedded in the road surface. Very clever and very impressive. Cue for another video extract?
A very basic starter set will cost you about £110, but more sophisticated vehicles will also cost a ton each. Plus there's traffic lights, level crossing and flashing speed cameras. And, of course, (of course!) you can buy electronic widgets to control parking, bus stop laybys, overtaking lanes and very realistic tyre blowouts complete with a massive and totally destructive pile-up. (One part of that last sentence is a joke.)

But the highlight of the visit for fbb was a layout called "The Summit". It is a large "O" gauge set-up with hardly any buildings and no station. There is a signalbox, based on a real building ...

...  now removed from its original location and installed at the Midland Railway Centre at Butterley. You guessed it, of course. We are at Ais Gill summit on the Settle and Carlisle line. 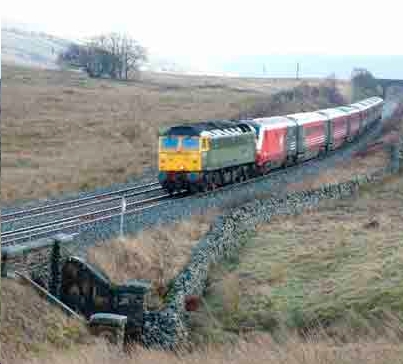 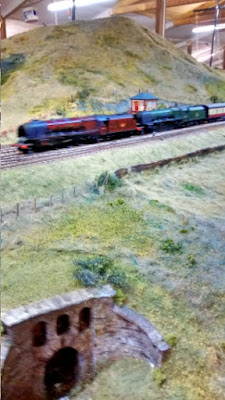 And another view, equally impressive ... 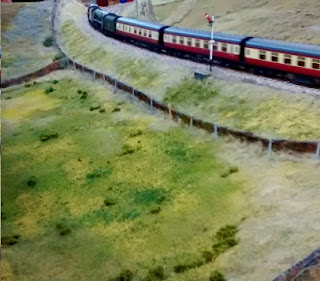 ... and round the back, in an enormous fiddle yard, trains were ready for their run over "The Long Drag". 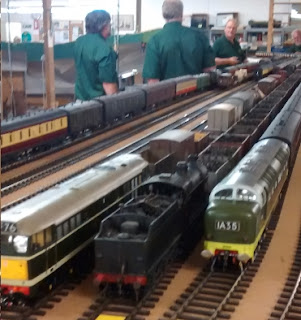 ... told your chubby blogger that this layout will be dismantled, loaded into a van (they've built a mock-up van to make sure they can get it in!) and transported to an exhibition at Telford later in the year.

At the other end of the scale was a marvellous model in "N" gauge - only it wasn't quite. 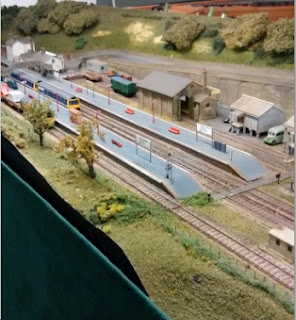 It was 2 millimetre** finescale. It was also too small for fbb to photograph, but here is a typical finescale wagon. 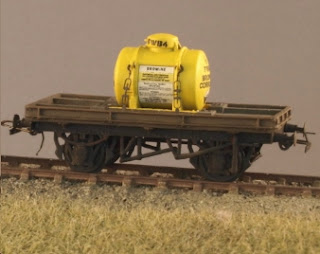 The model is just over one inch long!

Now here's the technical bit. "OO" gauge defines models built to a scale of 4 millimetres on th model to every one foot on the real thing. But for technical reasons when this all started up pre-war some compromises had to be made. So the gauge of the track is 16.5 millimetres which equates to a little over four feet and it should be 4ft 8½inches. It's almost universal, but universally not right.

Likewise "N" gauge is modelled at 2mm to the foot and has a gauge of 9 millimetres which, again is just over 4 feet. Correct would be 9.42 millimetres. **2mm finescale is based on this more correct distace between the rails.

And you though that model railway was about opening the box, putting the train on the track and driving off into nostalgia world.

It can be a simple as that, but for real hairies, it has to be better.

And a full apology to the Yeovil chum and blog reader who invited him! There just wasn't room in this blog to celebrate "your" layout, South Junction, another EM masterpiece. 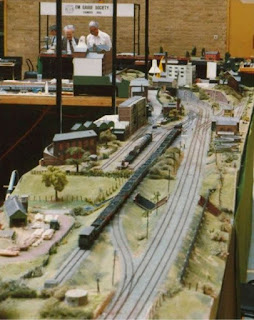 But fbb must return to "The Summit". 2015 marks the 60th anniversary of the arrival of the prototype Deltic locomotive on UK metals. Here is an "O" gauge model thundering up "The Summit". 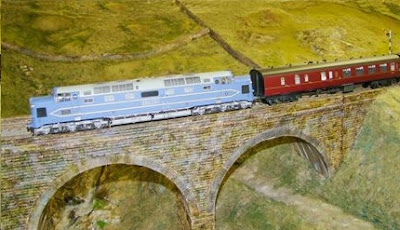