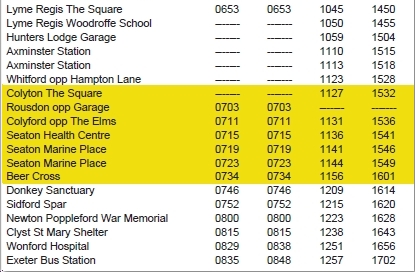 The slaughter of the X53 west of Axminster and the diversion of the paltry remaing service away from Rousdon (except a positioning journey in each direction) has led Devon County Council to make an emergency arrangement with Axe Valley to fill the gap. So it's all change from Monday 28th September.

Local East Devon bus watchers were expecting to see the extension of  few of the short Seaton to Amouth journeys on to Lyme and back. The much enhanced summer frequency to Axmouth has recent been blogged by fbb. See "Positive Seps to Prettty Stepps" (read again).

But when the timetable appeared on Traveline, the self proclaimed experts were somewhat surprised. Here is the new Axmouth and Lyme Regis map. 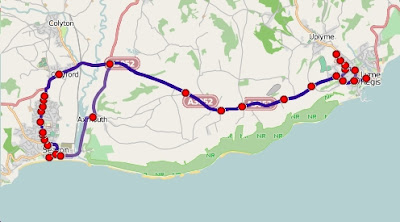 899 Seaton - Axmouth
No change in route, but the enhanced double frequency timetable retreats to just a minimalistic service of three round trips on Mondays to Fridays and two on Saturdays.

899 Seaton - Axmouth - "Lyme Regis"
The core Axmouth service is enhanced by school trips to Woodroffe (Secondary) School, Lyme Regis. Tantalisingly close to the town centre stops, but at the top of a very steep hill, these journey lurch off left to the school ... 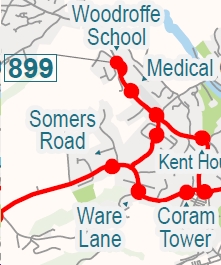 ... and do not, by any stretch pf the imagination  go to any part of Lyme Regis that a non Woodruffian might want. Oddly, the morning journey lurches earlier than the afternoon journey ...

... which creeps closer at Coram Tower. Weird? Or is it another timetabular error? Notice, too that the afternoon positioning journey is not the same 899 as the morning schoolkid infested trip. Which leads us to the new feature and the fifth 899. 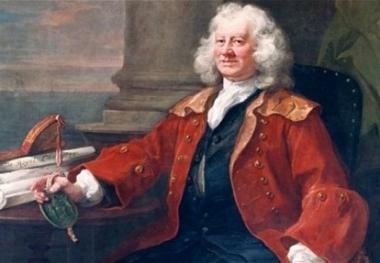 Lyme native Thomas Coram spent a decade building ships in Massachusetts. After making his fortune, he obtained a Royal Charter from George II establishing in London a "hospital for the maintenance and education of exposed and deserted young children". 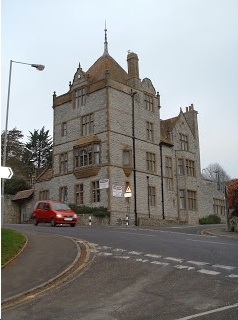 Coram Tower, now flats, was built at Coram's birthplace as a house for the masters of St Michael’s College in the late 19th century, and so is named as a memorial to the creator of the foundling hospital.

There still is a "Coram" Charity, specialising mainly in the care of orphaned children.

899 Seaton - Colyford - and usually the real Lyme Regis
Now we can look at the full timetable.

The school trips via Axmouth remain in place at 0810 from Seaton and back from Woodroffe School at 1545 but on non schooldays these run to Lyme Regis proper. The positioning journeys (0858 from Lyme and 1500 from Seaton) run via Colyford.

What a mess! Surely someone could have put this lot together in a form which was easy to understand and had some chance of attracting passengers. No chance, this is local authority penny-punching passenger-losing tendering at work. fbb despairs!

But now for something completely different!

Thanks to Stagecoach South West's newsletter ...

... fbb can bring a few snapshots of the obliteration of First and the arrival of Stagecoach in Plymouth just over a week ago. A depot with new signs ... 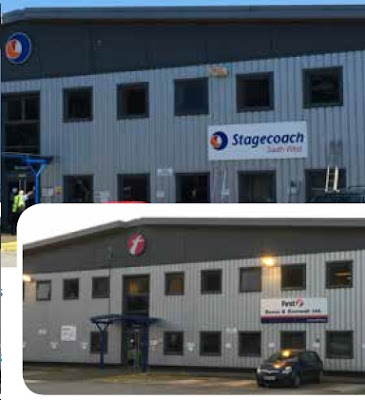 ... and very tiny logos on the ex-First Park and Ride vehicles. 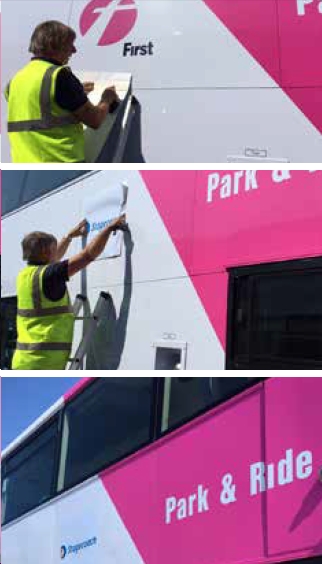 Then there are new services and competition in Saltash to explore. 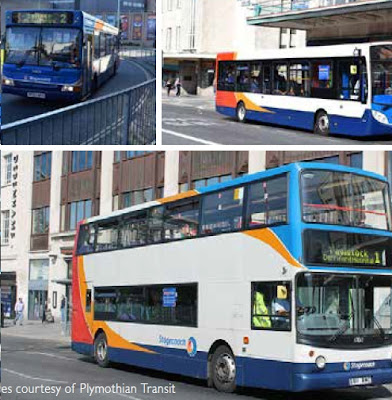 fbb notes that his blogging chum at Plymothian Transit supplied the pictures. Memo to Bob; buy a camera. 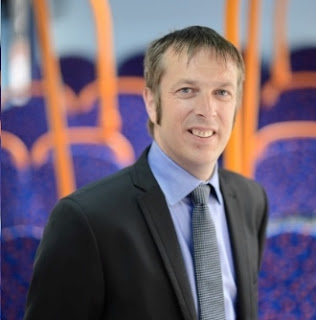 fbb intends to pay a state visit to Plymouth this coming Saturday and a full "hands on" report will follow next week.

Boy, we all are so excited! 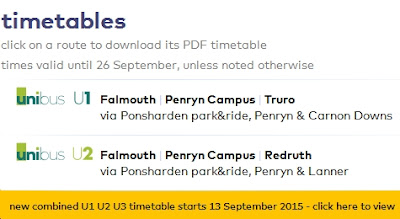 ... still showing out-of-date timetables for the U1, U2 and (below, not illustrated) 101. Will the web site managers (possibly ebullient R*y St*nn*ng and chums) catch up? Has anyone at First Kernow noticed? Ah the joys (and folly) of sub-contracted web sites!