... The Trams in Nottingham!

The two-line extensions to the Nottingham tram system opened with hardly any advance announcement on Tuesday last, 25th August. Our Northampton correspondent paid a visit ... 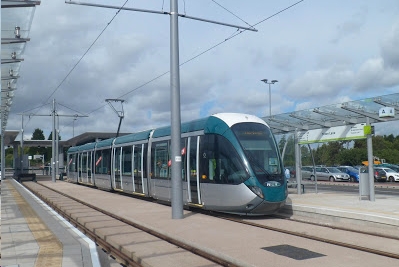 ... noting a splendid caff at the South Clifton terminus ... 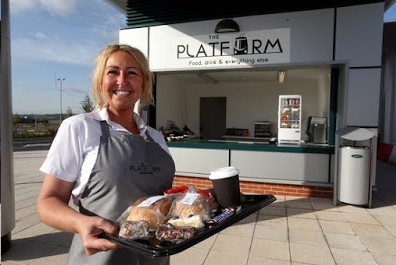 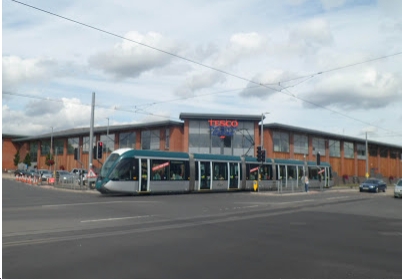 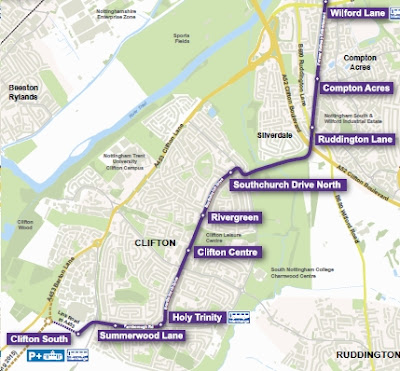 ... runs from Clifton to the station continuing to Phoenix Park (and Ride). The Green Line starts at Toton Lane ... 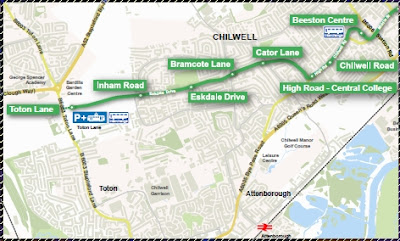 ... running via Chilwell, Beeston, The University, Queens Medical Centre (aka Hospital!) and on through the city to Hucknall. Monday to Saturday frequencies are impressive ... 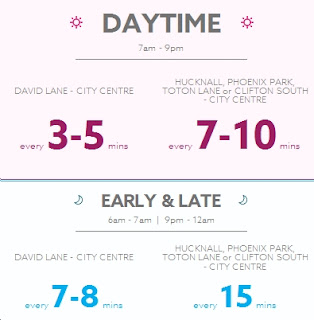 ... on the joint central leg (left) and pretty good on the new bits (right). Even on Sundays you won't have too long to wait. 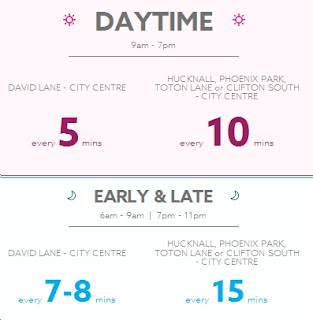 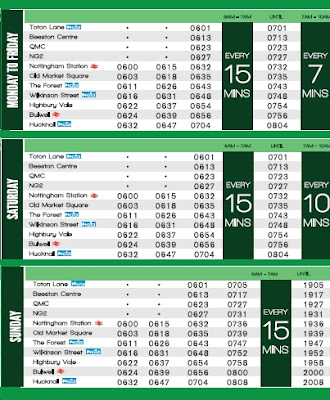 You may have never heard of Broxtowe ...

The district was formed on 1 April 1974 by a merger of the Beeston & Stapleford urban district, the Eastwood urban district and part of Basford Rural District. The borough's name was derived from the old Broxtowe wapentake of Nottinghamshire, which covered a larger area. The district was granted borough status in 1977.

... but the Mayor (lady with escort hubby) of this artificial district performed the obligatory opening "thing". 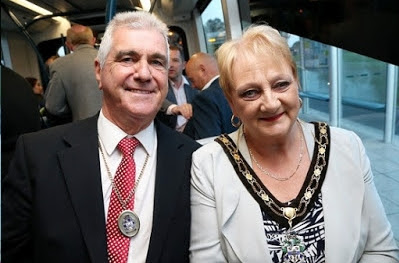 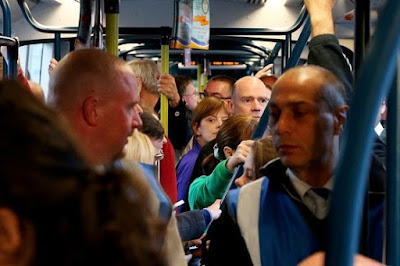 fbb does not think that everyone was offered chanpagne! 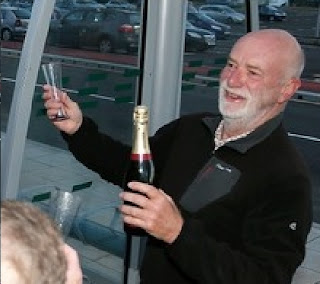 With the new extensions, the system has gone all self ticketting with on-board occasional checkers and thunderous warnings about non payment. This sort of system was hugely succesful in Sheffield (NOT!) and soon ripped out and replaced with conductors. Time will tell in Nottingham. But at least enjoy the instructional video; no doubt enjoyed by a microscopic percentage of potential passengers.
OAP passes provide free travel. HOORAY. But only for Nottingham City and County residents. BOO! But a day fare is only £4 which will hardly break the bank.

There are now seven FREE park and (pay for the tram) ride sites ...


Open 7 days a week, our sites are cleaned daily and patrolled by staff as well as monitored by CCTV. Park Mark approval means those sites have met the national standard for UK car parks that have low crime and measures in place to ensure the safety of people and vehicles. There are disabled and parent & child spaces close to tram stops and some sites have cycle hubs for secure cycle storage.

... which means that it is barely worth anyone's while to drive into the centre of the town.

So successful are the two long awaited extensions that other districts are already asking for their own routes.

Gedling Borough Council leader John Clarke wants to see a new line built to serve Carlton, Netherfield, Arnold and other areas to the east of the city. 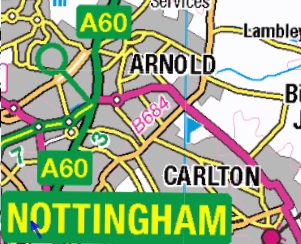 His plea coincides with the publication of a study analysing whether the tram could be extended to Kimberley. (probably by an extension from Phoenix Park P and R on this little map.) 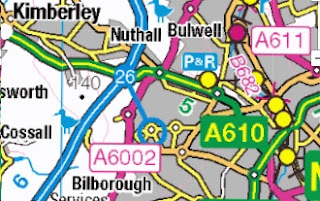 The report, commissioned by Broxtowe Borough Council's previous Labour-Liberal Democrat coalition, said it would cost up to £168 million to extend the network by three-and-a-half miles to Kimberley along four possible routes.

But the council's new Conservative administration said it would not currently back the proposal after the disruption caused to Beeston residents and businesses by tram works. Other destinations mooted include East Midlands Airport, Long Eaton, Eastwood and Heanor.

The promoters of HS2 envisage a tram extension to the East Midlands station near the former goods yard at Toton, presumably a simple extension of the new "green" line. 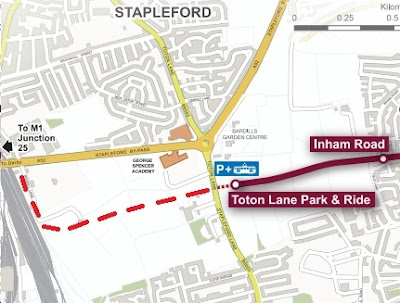 Mr Clarke said: "It's our turn next in the east of the city. Our residents put a fair amount of money into the first line through the county council tax and we think it's our time."

Next bus blog : Wednesday 2nd September
Posted by fatbusbloke at 02:00