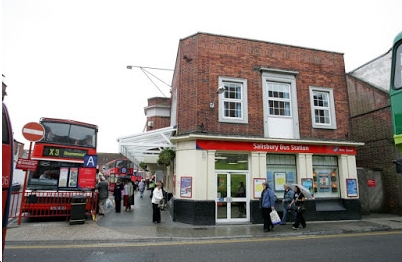 fbb last visited Salisbury in 2011 when it still had an ageing but splendid bus station. It also had an excellent enquiry office attached thereto; but NO TOILETS. At least, there were toilets but secret, unsigned and barred to the cross-legged travelling public. Now toilets, bus station and enquiry office** are gone ... 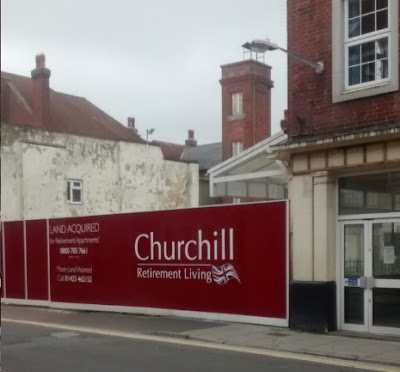 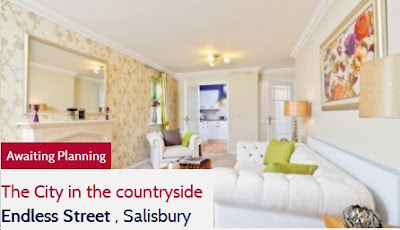 ... "The City in the Countryside". Pass the yuk bucket! Aren't all cities, by definition, "in the countryside"?

No matter; fbb was back in Salisbury a few weeks ago for a significantly delayed "Christmas" Lunch (Christmas 2014) taken in the historic delights of the Refectory noshery at the Cathedral in the "City in the Countryside". 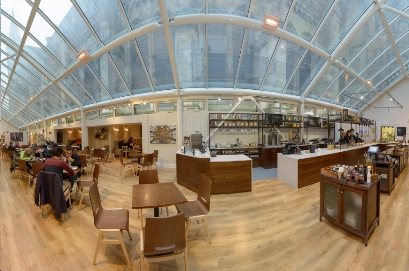 The fbb's and chums dined in the cloisters, but you have to admire the 13th century clerics as they slummed it in the ancient Refectory.

But there was a brief pre-prandial period to take a look at the buses.

When fbb last went, "Salisbury Reds" was the brand for the City's local routes. fbb enjoyed the frequent Red 1 from Bemerton Heath cross-city to Odstock Hospital and was impressed with the frequent buses but not the roadside infrastructure once the centre was left behind. See "fbb goes to school" (read again).

On this visit, there was insufficient time to venture outside the city centre; so a review of vehicles, centre stops and publicity was all that could be achieved. fbb parked his ample posterior on a bench on Blue Boar Row, just round the corner from the former bus station. First along was a bus in Heritage "Wilts and Dorset" red, part of the company's 100th birthday celebrations.

Then there was a steady stream of vehicles, now all branded "Red", the name now adopted for everything Sarum-centred. 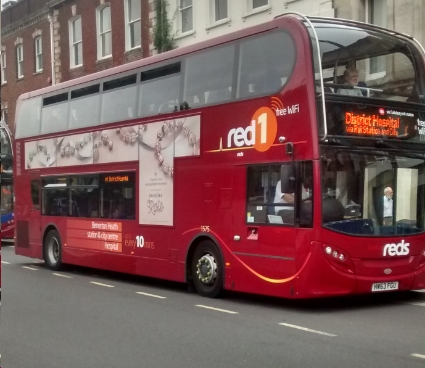 Somehow the deeper red colour brought a distinguished air to the city. 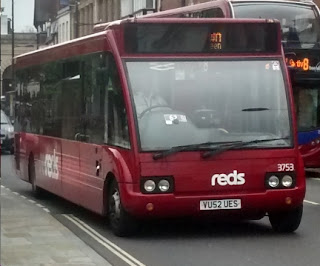 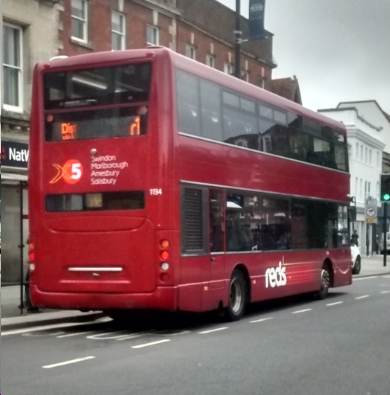 ... and at least one single decker was in the old (but still very smart) livery. 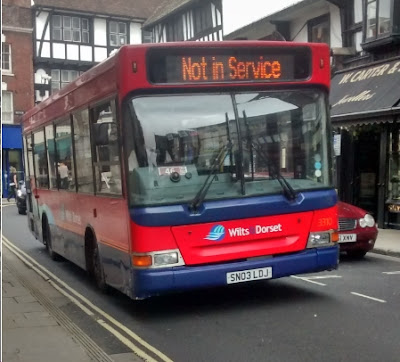 One non "Red" brand was on the route to Andover, joint with Stagecoach. It's red "Red" vehicles carried a non-obtrusive but recognisable version of the "Activ8" logo. Certainly much better that some versions carried by Stagecoach; recent ... 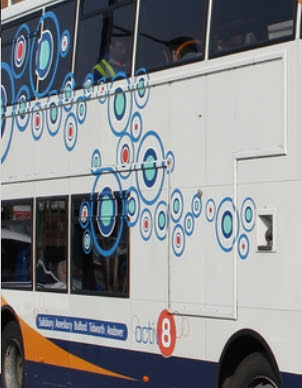 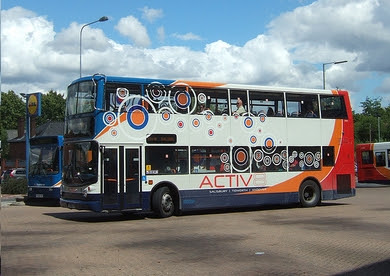 fbb only saw one bus (on service 265) that looked tired and uninspiring by comparison ... 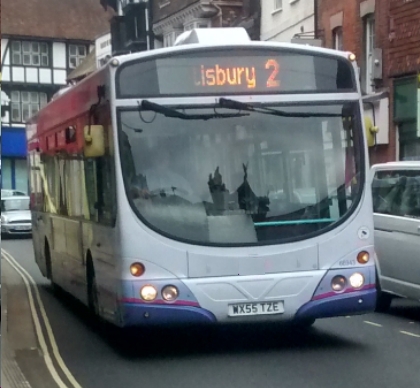 ... wonder who the operator is?

Tomorrow we look at bus stop publicity in Salisbury's centre; and how the company has dealt with the closure of its bus station.

From the travelling public's point of view, of course.

** Correction : The enquiry office has not gone. The Salisbury Reds "shop" is at No 6 New Canal. 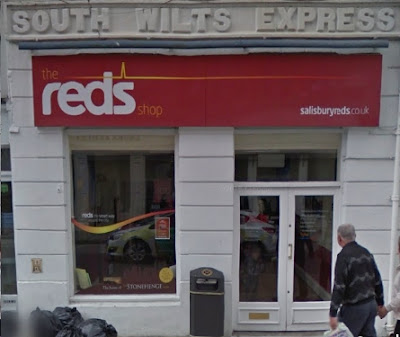 Where that is in relation to the old bus station will become apparent in tomorrow's blog. Hopefully someone will tell fbb what the "South Wilts Express" was?


Next Salisbury blog : Sunday 13th September
Posted by fatbusbloke at 02:00