What You Learn about Crewkerne [2]

More news as it breaks.

The new buyers are, as rumoured, also the owners of Buses Excetera and Velvet. This might be of some concern to Cornwall's bus passengers. See this article from Route One (here).

------------------------------------------
Amazingly most of the main (?) communities served by bus from Crewkerne fifteen years ago are still served today. See "What You Learn about Crewkerne [1]" (read again). Those that are not (Montacute, Stoke-sub-Hamdon, South Petherton, Chiselborough and West Chinnock) have an improved hourly service to Yeovil, courtesy of South West Coaches, successors to Safeway. 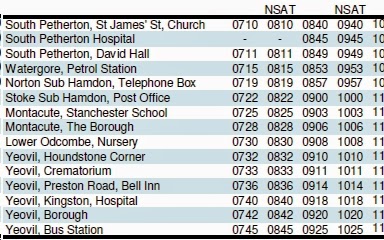 It has sylish modern vehicles as well! 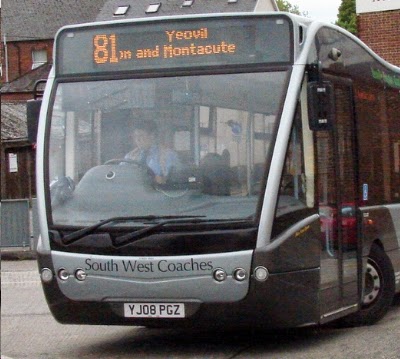 Arguably, the "trunk" service 99/99A via Crewkerne, formerly Cooks Coaches, now Stagecoach, is much better than of old. There is an hourly service between main towns with a two hourly variation between Chard and Crewkerne. 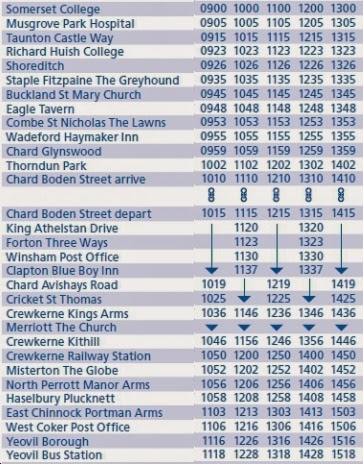 The one-time 47 and 61 routes have now been incorporated into Damory service 40 ... 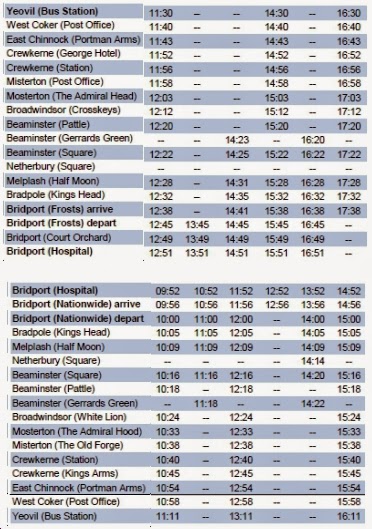 So, for a newcomer to Crewkerne, how obvious is bus publicity. With his usual trepidation, fbb made his way to the Town Hall wherein resides ... 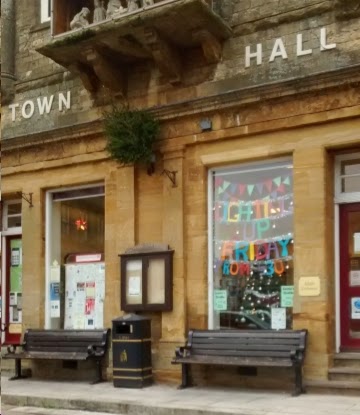 ... on of the most excellent Tourist Information Offices fbb has ever visited. 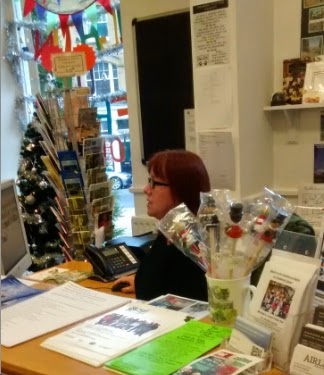 Upon entering, a delightful young lady asked, "can I help you?" and, rather than simply directing the old man to the relevant rack, sprang with enthusiastic alacrity from her seat and removed a full set of three leaflets for fbb's ecstatic enjoyment.

What was particularly interesting is that the two main leaflets were not "company" issue ... 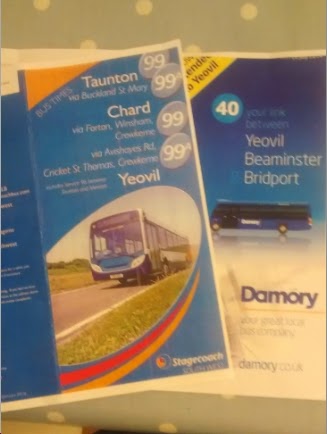 ... but colour photocopies produced (presumably) in-house. The white borders are the giveaway. Have, not just one, but several chocolate peanuts!

Yeovil-bound journeys leave from outside the Kings Arms alongside the Town Hall ... 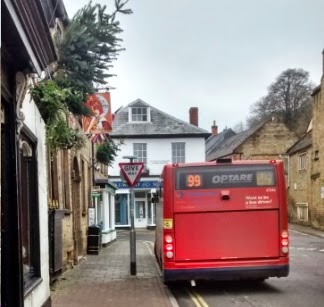 ... and buses in the opposite direction depart from opposite the civic edifice, outside the George Hotel. 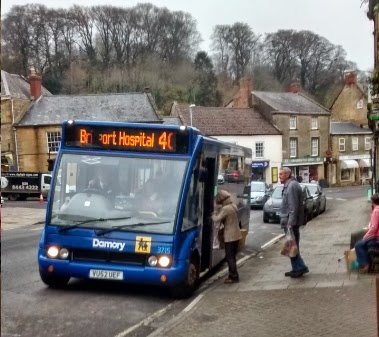 Current and correct timetables were displayed at each stop; thankfully the curse of the departure list has not spread to this neck of Somerset! It was bus stop flags that let the side down ... 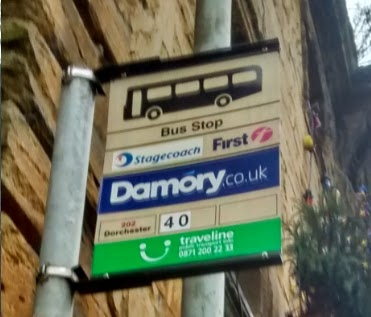 ... with an higgledy-piggledy collection of stickers. You would have a very long wait for a First Bus bus, likewise for the 202 to Dorchester which was withdrawn in June 2013. The Friday only 204 featured in the frames but not on the flag.

There appears to be no system and no co-ordination for bus stop flags. Does no-one care?

One little nicety was spotted by fbb. When Crewkerne has its market ... 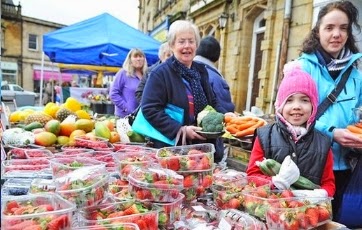 ... the usual stops are inaccessible. But fear not, there is a rogue bus stop flag round the corner ... 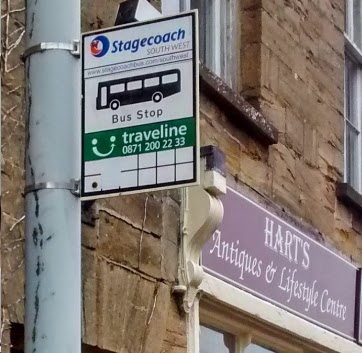 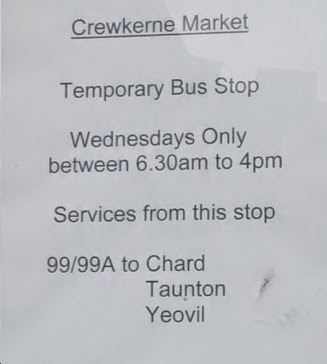 Close by was another flag and another frame; this time less helpful. 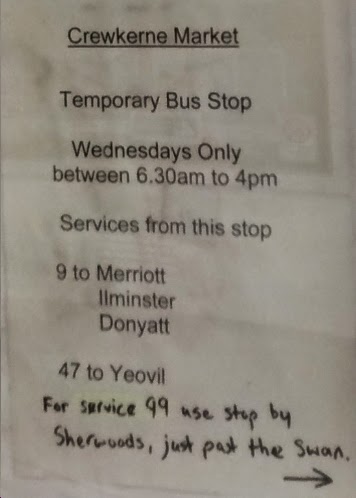 47 to Yeovil?  Does no-one care?  Also, there was no tangible evidence for the college days 96. 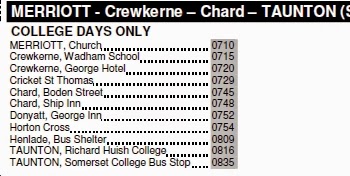 But, overall, fbb awards Crewkerne 8 out of 10 for bus infromation - high praise indeed.

**Somerset County Council : The operator of service 9 is given as the Council by Traveline South West. Somerset does sponsor a series of demand responsive services under the "Slinky" brand. 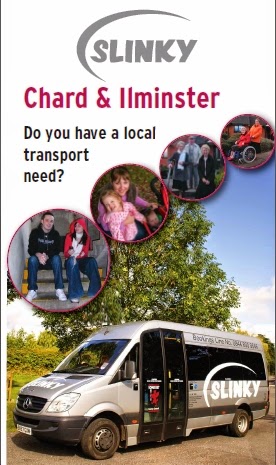 There is also the independent Nippy Bus ...

... which runs similar services under contract. Neither of these claims ownership of route 9. Maybe a blog reader can help? 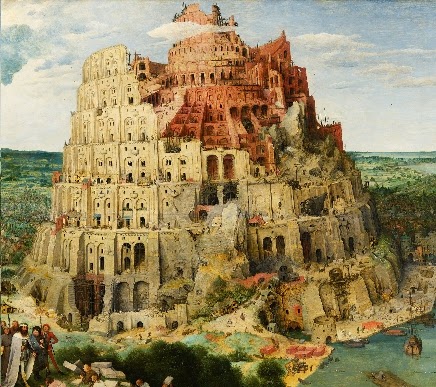 “Now let's build a city with a tower that reaches the sky, so that we can make a name for ourselves."

"this is just the beginning of what they are going to do. Soon they will be able to do anything they want! Let us go down and mix up their language so that they will not understand each other,”

... and thus applied the brakes to mankind's development. Whether you accept the literal truth of this story or see it as a moral warning based round historical fact (there were many ziggurats built at that time including one on Babylon, city of Babel) is a matter of faith and understanding. 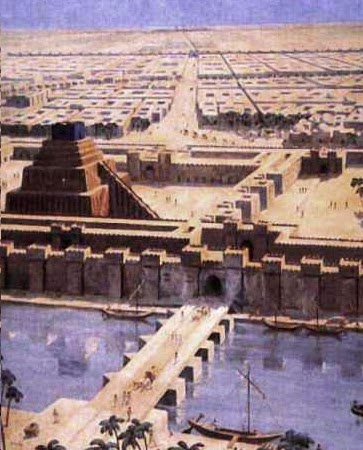 What is true is that mankind's arrogance almost always least to a downfall. That is the pattern of history. 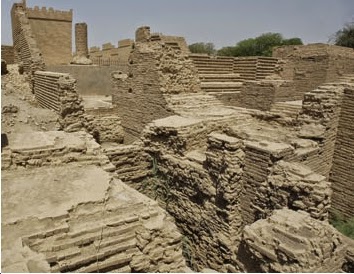 The humility of the real Christmas should offer a better way, surely?