Tomorrow, in Paris, the métro will be running a normally frequent Sunday and "jours fêtes" service between about 0530 and half past midnight. And the trains will be comfortably full. 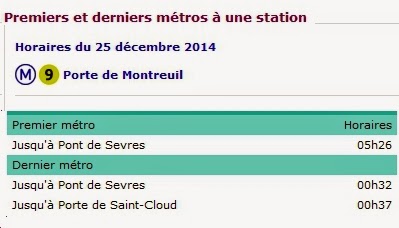 And just in case you are shouting "New Year's Day is much more of a celebration there" ...

... you would be right. But overnight from 31st to 1st selected metro and RER lines will run all night ...

Meanwhile, in London, multicultural capital of the world and 24 hour city of pulsating life and activity ... 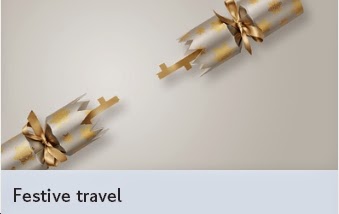 All Underground lines, Christmas Eve, New Years Eve
A reduced weekday service will operate from mid-afternoon and the last trains will run earlier on a Sunday timetable

Christmas Day
There are no public transport services on this day.

Not bad for new year; but nowt on Christmas Day.

So, if you are reading this reasonably early, where might you go tomorrow if you want to enjoy some bus rides instead of over indulgence, trashy TV, family party games and an indigestion tablet-fest.

For residents north of Hadrians Wall there is a good network in Edinburgh ... 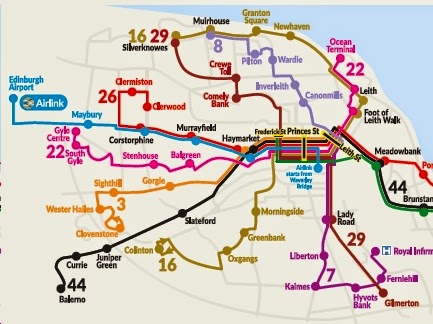 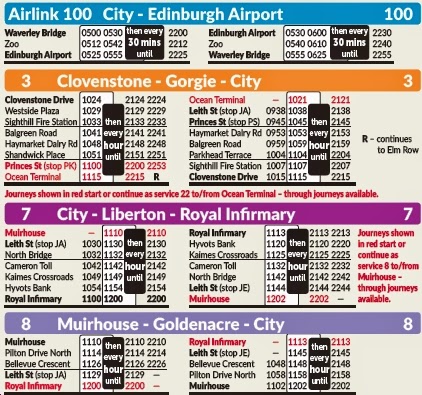 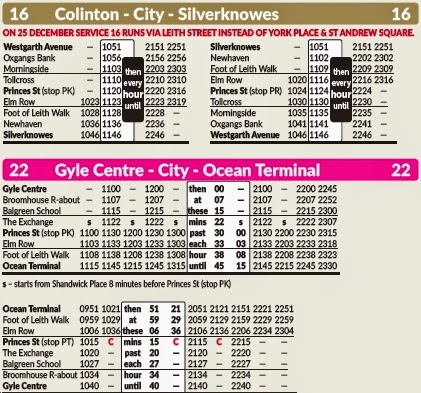 A quick glance suggests that you can do the lot!

But treat the map (above) with polite suspicion. Four services (26, 29, 44 and 114) join the fray on Boxing Day, not Christmas Day. DRIVEL, see comment below.

Meanwhile, over in Glasgow:-

Christmas Eve
Most services will be withdrawn
from around 2100hrs approximately.

If you live in the south, the answer, as always, is the Isle of Wight ...

... where buses will be running between 0800 and 2100/2200 on three main routes and five trips between Newport and East Cowes and Newport and Totland. With a bit of determination you could ride from Newport via Ventor, Shanklin and Sandown to Ryde ... 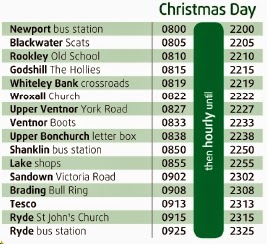 ... finishing with a round tip to West Cowes.

And there would still be time for a jolly good Christmas lunch.

Meanwhile, in Portsmouth and Southampton ...

And a very happy Christmas to you, First Bus.

For those in between, there is the special service run by the Keighley bus museum people. 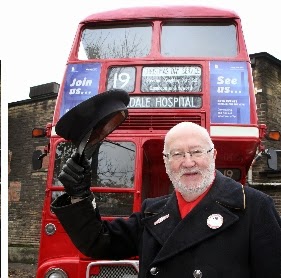 And the routes are short enough to "cop" all four before the festive feast! The bonus with these "bus museum" services is that they are FREE and operated by "heritage" vehicles, so a treble Christmas Day treat.

But Santa is coming tonight (hooray!). fbb was delightfully amused by a picture on a Christmas card of an apprentice Santa saying to the old man himself, "so let me get this straight; you want me to break into people's houses and put stuff in their socks?"

fbb telly tecommendation for tonight
Skyfall (2000, ITV) : not for the plot or characterisation but for the utterly ludicrous scenes on the London Underground. The best laugh on Christmas Eve. Ho Ho Ho! 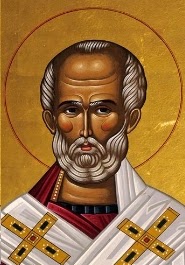 The modern figure of Santa Claus is derived from the Dutch figure of Sinterklaas, whose name is a dialectal pronunciation of Saint Nicholas, the historical Greek bishop and gift-giver of Myra. Nikolaos was a historic 4th-century Christian saint and Greek Bishop of Myra (Demre, part of modern-day Turkey). Because of the many miracles attributed to him, he is also known as Nikolaos the Wonderworker. He had a reputation for secret gift-giving, such as putting coins in the shoes of those who left them out for him, a practice celebrated on his feast day, 6th December. 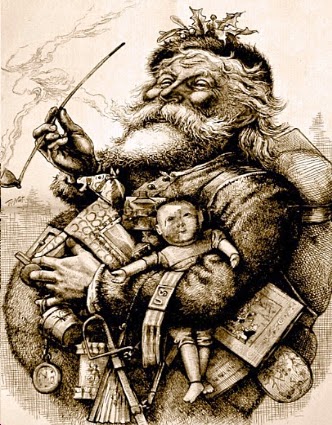 ... this scary bloke. He was invented/imagined by artist Thomas Nast in 1881 to illustrate a poem by Clement Clarke Moore, but it was still based on St Nick.

How about this equally scary guy? 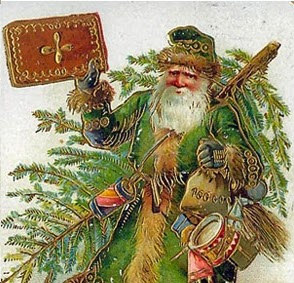 He, dressed in GREEN, is Father Christmas aka father OF Christmas. His origin is pagan, either as a derivation of the Norse god Odin; or from "The Green Man" (yes, of pub fame). He came to bring jollity and general feasting at the midwinter knees up. He may also owe something to "The Lord of Misrule", part of a festival in which folk were encouraged to have their one day of unfettered naughtiness (e.g. the office party???). The mind boggles!

Either way, the modern Santa/Father Christmas has no place in the celebration of the birth of Jesus; he a concatenated character, a callous commercial contrivance, designed to encourage us all to spend more money than we have.

There is a better Christmas gift that lasts for ever!


How silently, how silently
The wondrous gift is given!
So God imparts to human hearts
The blessings of His heaven.
No ear may hear His coming,
But in this world of sin,
Where meek souls will receive him, still
The dear Christ enters in.

An fbb scrolling bludner! See comment and reply below. 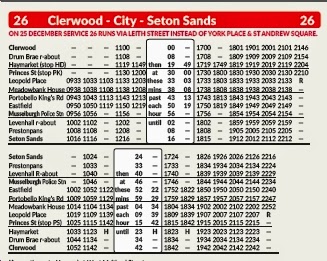 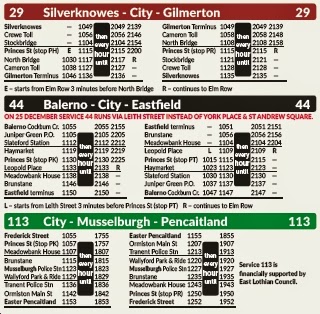