When's the Next Bus?


fbb is always going on (and on and on) about the lack of Bus timetables at stops. Because you can buy a confuser program to do it for you, many bus operators stick up a departure list (some even call then "timetables"!!) and leave the passenger to guess when thy might arrive.


In London, bus timetables are officially banned. Completely. They don't exist**. On the most recent Transport for London web site you get even less information. Once you could download a copy of the full departure list as printed and posted at bus stops. Now you have a bigger display (for those on the tablets) and less information. 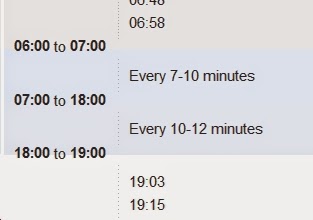 And, of course, you have to calculate your arrival time in your head (or on the calculator on your tablet). This is dead easy at a bus stop, in a queue in the pouring rain. It also means that any chance of planning a connection is impossible. You are forced to start earlier and allow extra time.


The new-look Buses of Somerset has no timetables displayed at Taunton bus station ... 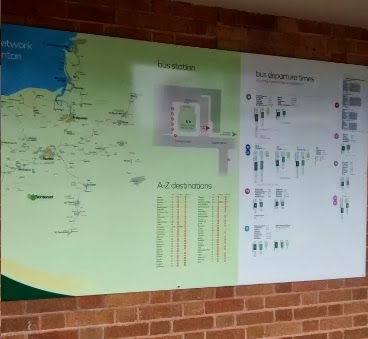 ... so you are well stuffed if the enquiry office is closed.


Obviously, if the bus service is frequent and short, or if you are a regular used of the route, a departure list is fine. If the service is less frequent, again a regular traveller will soon get used to a tidy repeat pattern.

fbb is currently beginning the planning process for his big boys outing to Paris next May. Lo and behold, there are no timetables on the RATP web site for any city bus, tram or metro route. This is the offering for bus 92.

Note the impossibility of calculating every 13 or 14 minutes. Here is a simpler (ha ha!) panel for bus 20. 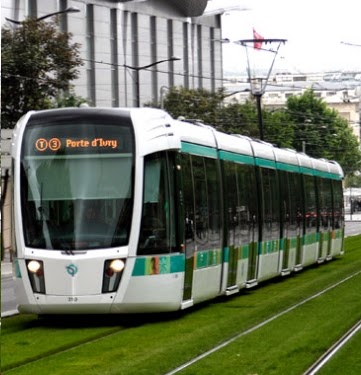 And a similar system for one of Paris' superb tram services. 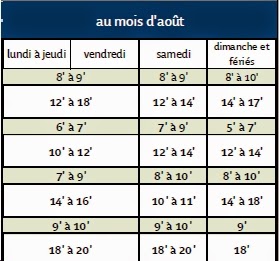 Assuming you get he right bit of the day, the right day of the week, and the right section of the line (the horizontal bands) you are forced to make allowances for "between every 14 and every 18 minutes". A lovely quick and cheap tram service slows you down because you don't know when the next one will arrive. Counterproductive!

But occasionally, the timetable defies any sense of passenger friendliness however it is presented.

Our Bristol correspondent informs us of some changes to the Wessex Star (whoops, sorry, that should, of course, be Wessexstar.) timetables, services to the University of the West of England. Mainly, these are reductions in frequency, possibly as a result of the success of new First Bus services. For example, the Monday to Friday 13 ...


Likewise the Saturday service 19 is REDUCED from a memorable every 20 minutes ...

... to a profoundly forgettable every 25. But don't try looking in the Wessexstar website for this second example ...

Frequencies do funny things to passengers. fbb remembers an anecdote (perhaps apocryphal) told of a town service on the Isle of Wight. To save half a bus in the schedules, it was reduced from half hourly to every forty minutes. As a result of further declining passenger numbers it was then reduced further to every hour. Passenger numbers promptly increased because Vectensians could now remember when the bus would come.

For whatever reason, every 25 minutes is a daft frequency and is attractive to nobody. 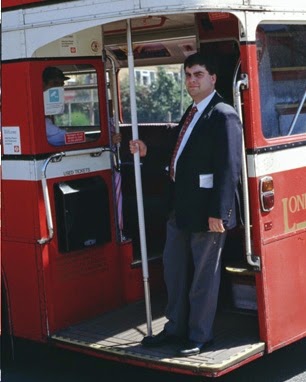 These words were written down about 2000 years ago and they predicted doom and disaster for the people.

If you only knew today what is needed for peace! But now you cannot see it! The time will come when your enemies will surround you with barricades, blockade you, and close in on you from every side. They will completely destroy you and the people within your walls; not a single stone will they leave in its place, because you did not recognize the time when God came to save you!

In AD70, about 35 years after these words were spoken, "not a single stone was left in place" in Jerusalem. The words, of course, were spoken by Jesus ... 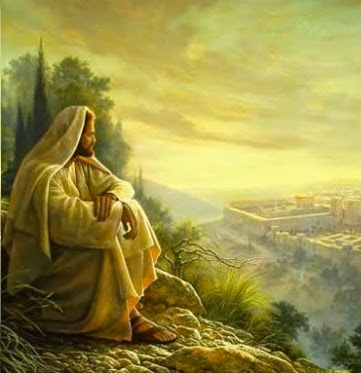 ... just a few days before he allowed his life to be taken. His words seem strangely relevant today.

In a nutshell, the people had ignored Christmas.