A Protracted Perusal of the Potteries [3] 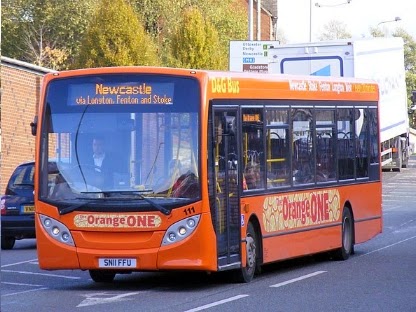 D & G Buses have joined in with the fruity theme that First has used its Potteries network; cheekily D & G's oranges battle with First's tangerines ...

... every 20 minutes straight down he main road, then via Meir. Competition for the old 1 and the new 2

Another unused First fruit is the plum**, now picked out of the pie by Stoke's little Jack Horner aka D & G. 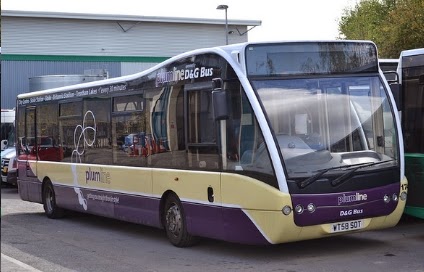 Plum Line; plumbline - a little joke? This nibbles away at First's routes to Trentham where grape 21s gambol (?) every 10 minutes and Ocean 22s every 30. 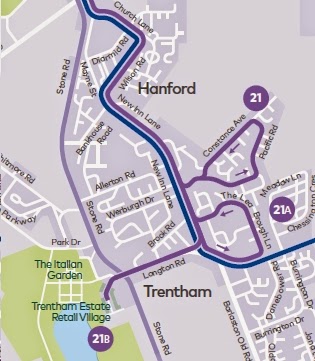 It's hard to see how a half hourly plum can make much difference; but it will still hurt "the bottom line". 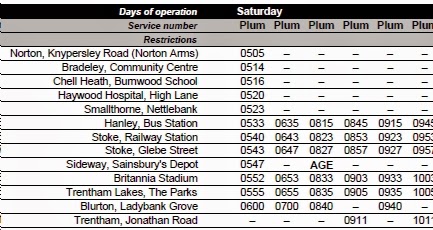 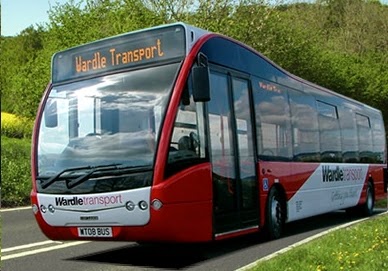 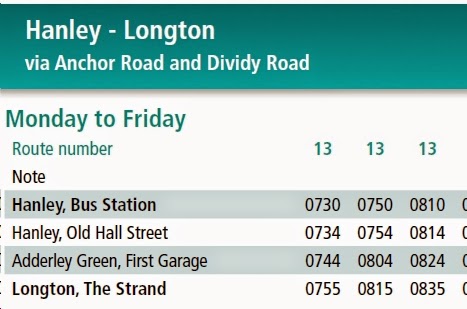 Additionally timetable improvements have been introduced to Bradeley and Baddeley Green to the north east of the city. 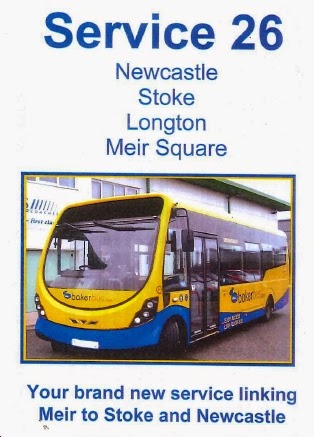 ... join the frantic fray along the main road bring even more buses (every 30 minutes) to Meir. According to a local source, 17 extra buses are on the city's roads since First's July network started, all seeking a piece of the Stoke cash. fbb's informant reports that Wardle have already backed down and de-registered at least of their incursions into the fruit of First's labours, namely the Dividy Road 15.. 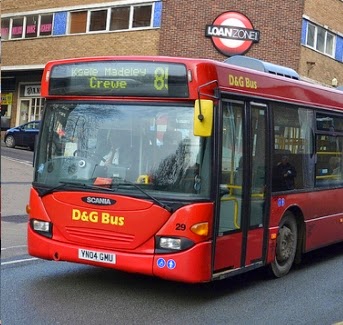 ... runs via Madeley. This hourly service (plus a few short workings) will be hurt in a return sideswipe by First's extension of its Cherry 3. 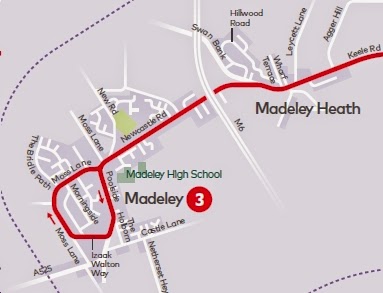 Surely Madeley mesdames and messieurs will opt for every 20 minutes? 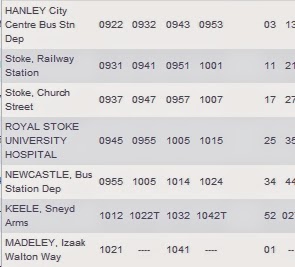 There's plenty to watch out for in the Potteries. It seems that First Bus is being much more canny in responding to competition in the area, rather than just giving up as has happened in the past.

But fbb is putting off the evil day. His daring self imposed challenge is try (and possibly fail) to explain what has happened to First's July new network and super relaunch with cherries, more recently respberries ...

... and more colourful brands to come. What has changed and why was it necessary to make substantial alterations so soon?

** Plumb Line predates Firth fruits by a few years. So the big boy copied from the little boy? Not Vice-versa.

So, coming soon to a blog near you:-
THE RETURN OF THE FRUIT
(unsuitable for persons of nervous disposition) 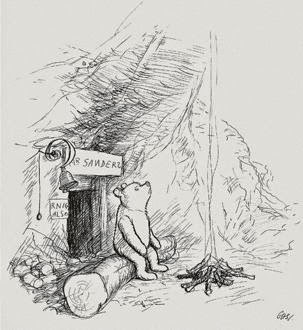 “I am a Bear of Very Little Brain, and long words bother me.” Clever people who have studied the Bible seem to be able to think up a long word when short ones are just as good. The greek-derived word Pentateuch means, simply, five scrolls. It refers to what we now call the first five "books" of the Bible.

Genesis (= "Beginngings") takes us from Creation through to Joseph and his embroidered coat of very few colours.

Exodus (= "Going Out") runs from oppressive slavery in Egypt through to near arrival in the "Promised" land.

Leviticus (= "Laws"), full of boring and detailed stuff which was essential for their survival. Despite its contents seeming irrelevant to the 21st century, many of the rules and regulations show surprisingly up-to-date principles.

Numbers (named, loosely, after a census) fleshes out events in the desert (Wilderness) on the way to their new life.

Deuteronomy (another long word for Winnie) refers, but incorrectly, to "Second Laws"; the book is in effect a collection of speeches attributed to God via Moses, in which he summarises "the story so far." and reminds the gang of how it will be in the Promised Land. 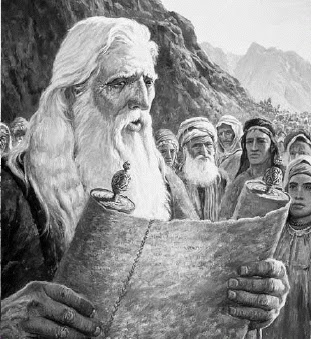 Are these books collections of "true" stories? Although historically all attributed to Moses (except the bit which describes his death and burial!) a more reasoned view is that these writings are a collection of "stuff" assembled over many hundreds of years; but stuff which accurately describes the very early experiences of a people who came to know and trust (sometimes ignore!) the One True God.

Do they matter today. Well, now; try this for size:-

"Today I am giving you a choice between good and evil, between life and death. If you obey the commands of the Lord your God, and keep all his laws, then you will prosper and become a nation of many people. But if you disobey and refuse to listen, you will be destroyed.  I am now giving you the choice between life and death, between God's blessing and God's curse, and I call heaven and earth to witness the choice you make. Choose life." 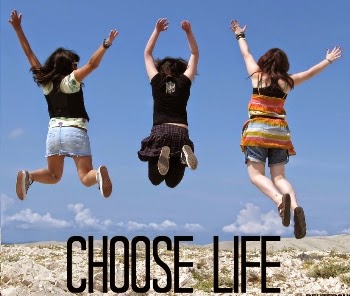 Seems a good idea today, 3000 years post-Deuteronomy. Not sure about all that leaping, though!Christmas is where life starts.