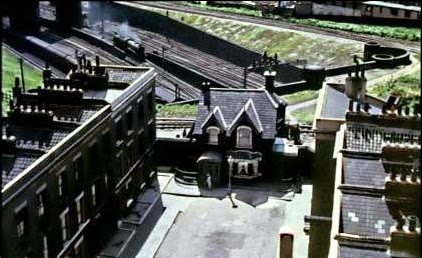 Mrs Wilberforce's ramshackle house was specially built for the film at the end of Frederick Street atop the souther portal of Copenhagen Tunnel just north of London's Kings Cross. The trackwork has been "rationalised" and Frederick Street has been redeveloped leaving a short stub, apparently renamed Frederica Street (?) at the Caledonian Road end (top right of aerial view below). 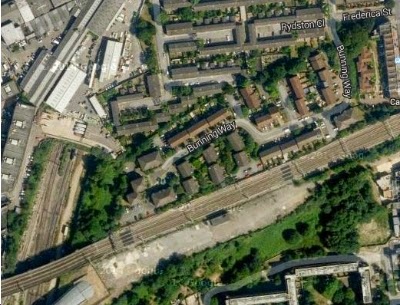 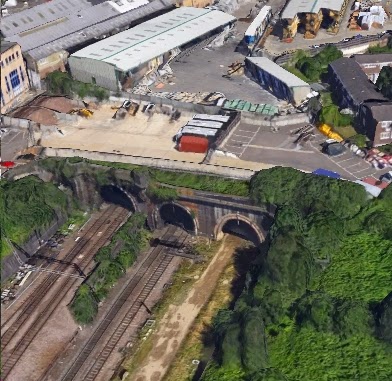 ... shows the site of the fake house indicated by the yellow industrial detritus upper right. The modern road is a stub of Conistone Way with these properties located roughly chez Mrs Wilberfrorce. 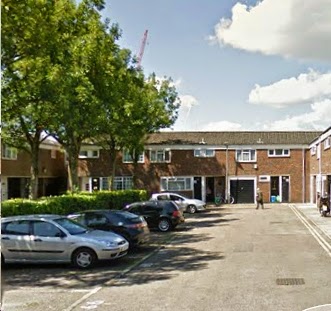 Careful observation of the top picture ...

... shows a bit of railway line in the back garden; seen below as Cecil Parker seeks to make his getaway with the loot. 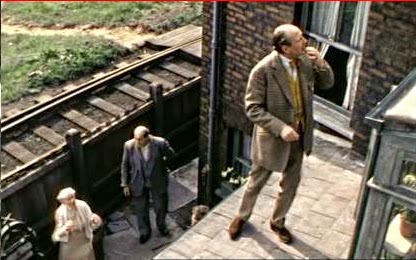 This curved round to serve Caledonian Road goods depot which lies behind the houses on the south of Frederick Street. 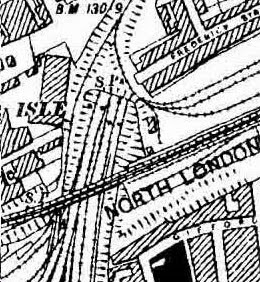 fbb could not find a picture of the depot itself from street level, but this aerial shot shows the yard in use ... ... with Frederick Street on the left. Whilst pictures seem illusive, some chaps have made an N gauge model (compressed in scope) of the area. 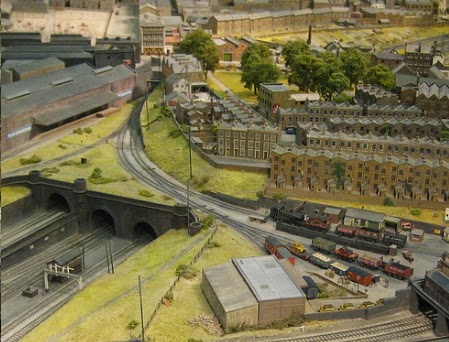 The properties on the south side of Frederick Street are cut short, but the end wall where rises Mrs Wilberforce's pad is illustrated perfectly. The goods yard is redeveloped as Bunning Way. 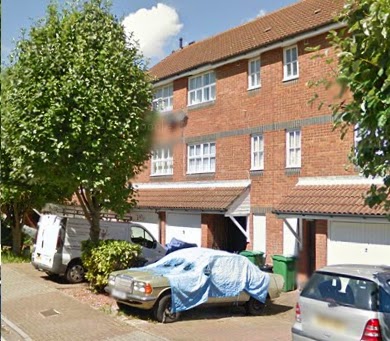 But film locations are never what they seem. Whilst looking TOWARDS the house is a view on Frederick Street, looking FROM the house is quite different. 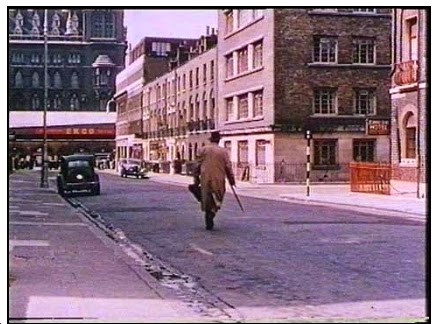 Cecil Parker is hurrying away with a violin case filled with crisp white fivers, but hurrying towards the unmistakable battlements of St Pancras Station, actually the clock tower thereof. That, most definitely, is not at the eastern end of Frederick Street; where sits the busy Caldeonian Road. 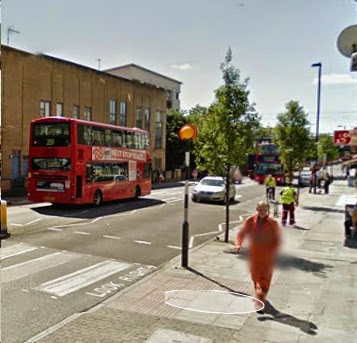 No. The view FROM the thieves' leased lair is looking north on Argyle Street across the busy Euston Road ... 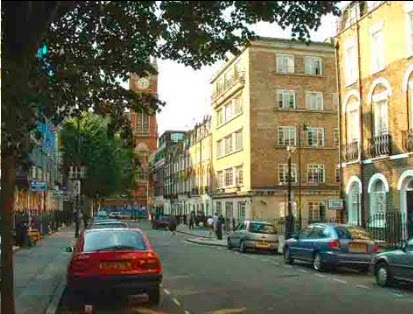 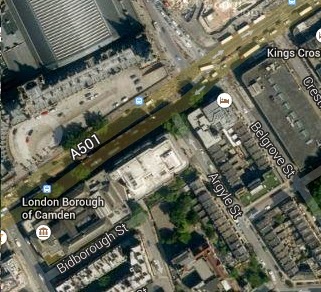 Unfortunately most of the other locations have disappeared under the development of St Pancras for Eurostar and the massive changes to the former good yards in and around Kings Cross. 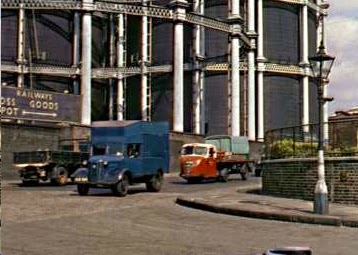 The robbery scenes were filmed on Cheney Road, Battle Bridge Road and Goods Way, near the famous St Pancras gas holders, of which nothing remains. Compare the map then ... 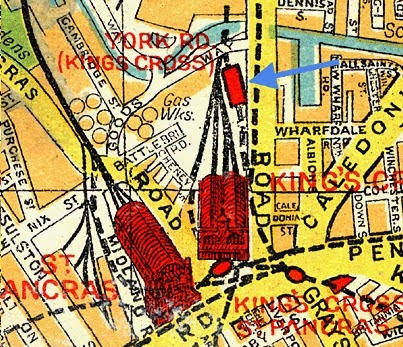 ... with the new Kings Boulevard today. 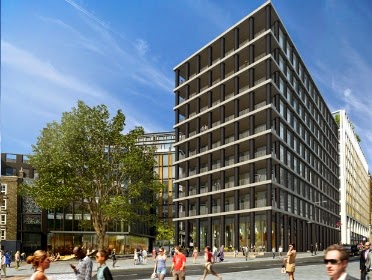 
We no-idea-how-many kings, actually astrologers, of Orient are
Bearing gifts (three) we traverse afar
Field and fountain, moor and mountain but more likely desert
Following yonder star; or comet or conjunction of planets

O Star (or supernova) of wonder, star of night but visible by day?
Star with royal beauty bright (planet Venus?)
Westward leading (a moving star?), still proceeding
Guide us to thy Perfect Light no longer in the "stable".

You can understand why so many people today choose to reject the story as fantasy; it has been turned from Matthew's "matter of fact" into a sanitised and largely incorrect visual nicety. For Matthew, the "wise men" came "following a star" as essential background to the main event and as pointers to the Messiahship of the newborn child.

[They enquired of Herod] "Where is the baby born to be the king of the Jews? We saw his star when it came up in the east, and we have come to worship him."

And so they left [Herod], and on their way they saw the same star they had seen in the East. When they saw it, how happy they were, what joy was theirs! It went ahead of them until it stopped over the place where the child was. 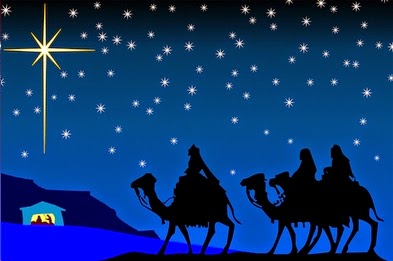 But why must we try to identify a specific astronomical phenomenon? Why could not the star be an super-natural sign from an omnipotent God unlimited by the laws of Physics? If there is no God, the whole narrative is tosh anyway; if God is real then popping a mega star into the sky or into the minds of the visitors is as easy as falling off a cloud.

Trust Matthew or reject Christmas. The choice is clear-cut.