A Protracted Perusal of the Potteries [1]

It was Advent Sunday in many ways. 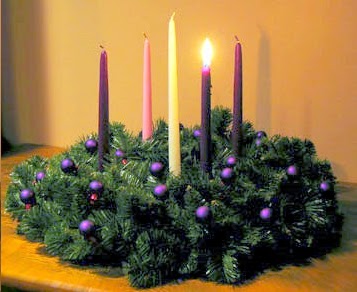 "The arrival that had been awaited" on Sunday November 30th was a new network for buses in The Potteries. 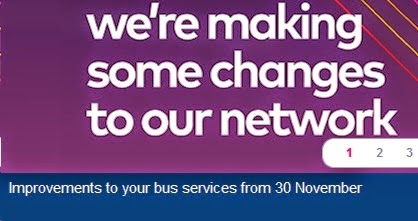 Actually it was a new new network because the old new network had been introduced earlier in the year, way back in July. 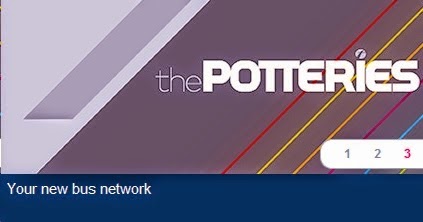 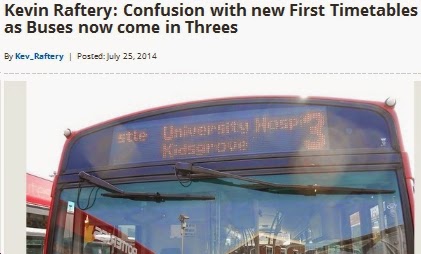 Reporter Rafferty objected to tthe route renumbering scheme; despite the fact that it did make sense. But, of course, it was different and city-wide. And Raffa had got some of his facts completely wrong; surprise, surprise. However, almost everything had changed. 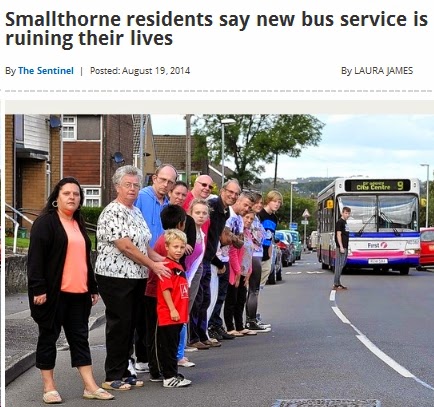 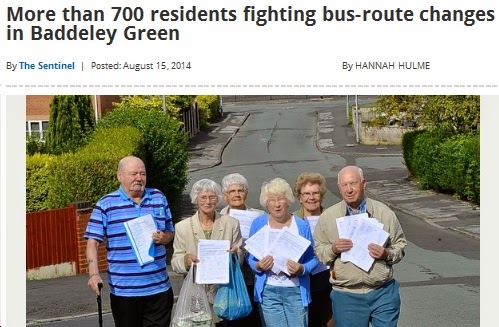 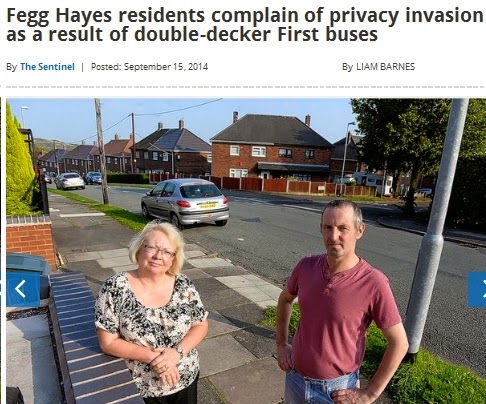 Favourite services lost in the reorganisation. 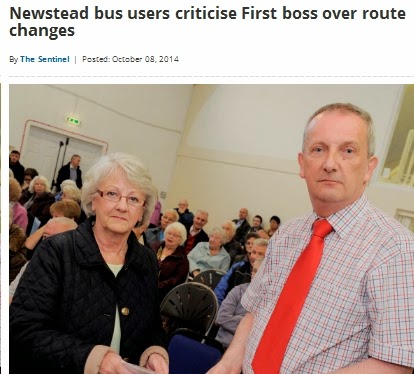 ... with hapless manager Nigel Eggleton roasted on a spit, fortunately metaphorically, not for real. But he looks scared! Has anyone actually seen Nige recently? 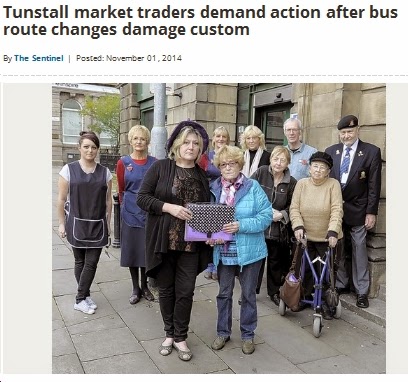 Tunstall traders turn terrorist as trade trickles away. Well, maybe not quite as bad as that; but almost every week the local paper ...

... has carried stories of dissatisfaction.

Of course, our chums from the Fourth Estate are always greedy for news; even greedier for bad news. Thus it is difficult to objectively evaluate the problems. The Sentinel didn't seem to carry articles about the tens of thousands of people who had a more frequent or convenient service. At the root of the problem, as previously opined by fbb, was the fact that, in July, everything changed; routes, numbers, frequencies, fares - the lot! And all this came not long after the disastrous opening of the too-small bus station in Hanley itself. Even the press didn't blame First Bus for that, but the mud sticks even so. 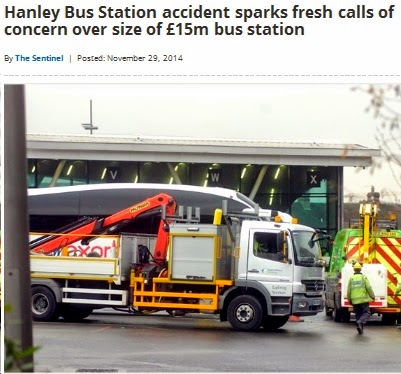 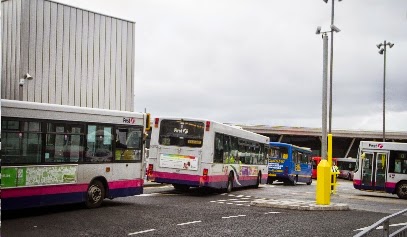 Some interim changes were made quite quickly. 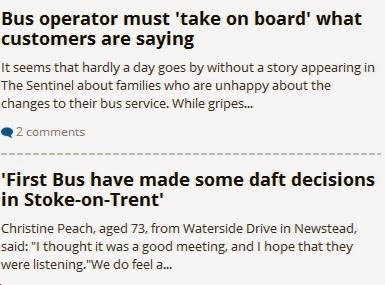 But, clearly things were not as they should have been, even allowing for the usual over-emphasis on the negatives of the new network.

We've listened to our customers and are making improvements to our bus services from 30 November 2014.

Any questions?
You can call us on 01782 592500
Email us by clicking here
You can also tweet us @potteriesbuses

Bravely, and without the help of a safety net, fbb will attempt to summarise the most important changes in forthcoming blogs. A reply to an email to First Bus is eagerly awaited; this to ask for clarification on a number of points of confusion in the on-line explanation. It is on-line where we go next.

It was Tertullian (complete with silly hat) who sorted out the confused and argumentative theology. 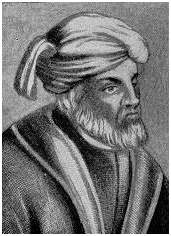 Quintus Septimius Florens Tertullianus, anglicised as Tertullian (160 to 225), was a prolific early Christian author from Carthage in the Roman province of Africa. He has been called "the father of Latin Christianity" and "the founder of Western theology."

But it took another hundred years or more before his tidy (but utterly mind-blowing) explanation became part of the "official" creeds of the Christian church. God was one "being" but three "beings" all at the same time.

But we rush on ahead of ourselves. As the Old Testament faded away, there was a growing belief that God would do something dramatic; maybe, just maybe, he would send his "Messiah", his anointed one, chosen to sort everything out.

"Messiah" in Hebrew is translated as "Christos" in Greek. God's Messiah is the Christos of Christmas.

Next Potteries blog : Thursday 4th December
Posted by fatbusbloke at 02:00