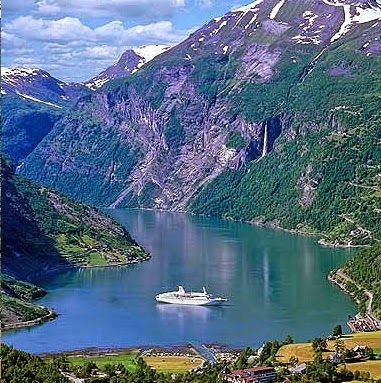 In May 2015, Mrs fbb is going on a cruise to Norway. With the bonus available from downsizing, the fbb's can afijord it! [Pause for very long groan!]. Meanwhile fbb himself is off to Paris. Lest our loyal readers should interpret this as a trial separation, have no fear. Mrs fbb is taking a disabled chum from the Isle of Wight whilst your chubby blogger will be joined by his Leicester correspondent for five days to enjoy the public transport of France's capital. For some reason such a holiday was not quite to the good lady's taste.

The Mrs is travelling with Fred. Olsen (always with the dot after Fred) on the Balmoral ... 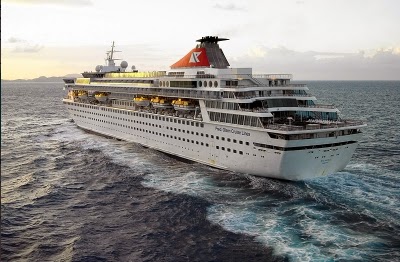 
Cruising is now a huge global business using huge global ships the size of a small country. So what is the link with the Gravesend to Tilbury Ferry. That little tub could hardly be marketed as a cruise. 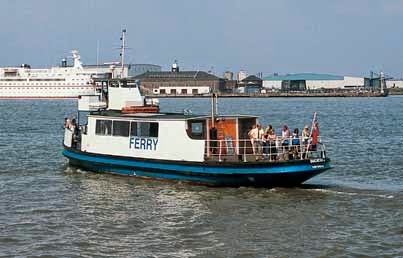 But look what is over there, parked at Tilbury Riverside terminal. A clue which might explain a notice spotted by Northampton correspondent Alan whilst of an omnibological beano with Ensign Bus. 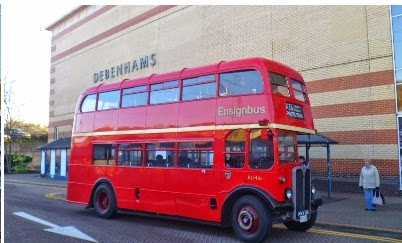 
Ferry notice
Due to the unavailability of Tilbury Pontoon
it will be necessary to suspend operation
of the Tilbury to Gravesend Ferry service
on the following dates:
11, 12, 13, 15, 18, and 19 December 2014.
There will be a free hourly bus
replacement service on these days.

Alan's suggestion for  replacement service might not go down too well with the regulars ... 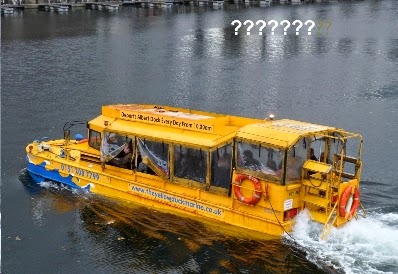 ... after a series of unfortunate and unscheduled swimming excursions on the Thames. In fact, the reality will be rather duller. The very ordinary bus-on-the-road will run from Gravesend to Dartford and Tilbury to Thurrock and then over the bridge or down the rabbit hole as appropriate. Nice 40 minute ride on the free pass.

But why that odd disconnected set of dates? The answer would appear to be this:- 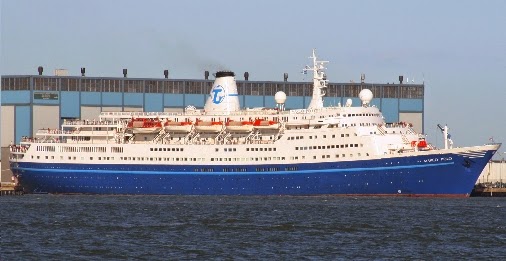 Yes, the Riverside Terminal is now used by Cruise Ships and it would appear that, on certain dates, both the above vessels will be parked alongside. 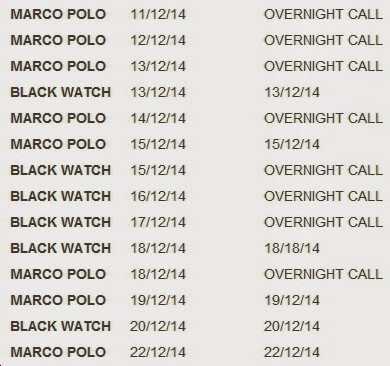 This means there is literally no space for the wee boat from Gravesend.

Whether regular commuters will appreciate their 40 minute bus ride instead of just over 10 on the ferry is not clear but fbb suggests they will be  tad on the miffed side. And the bus will be hourly instead of a half-hourly boat. 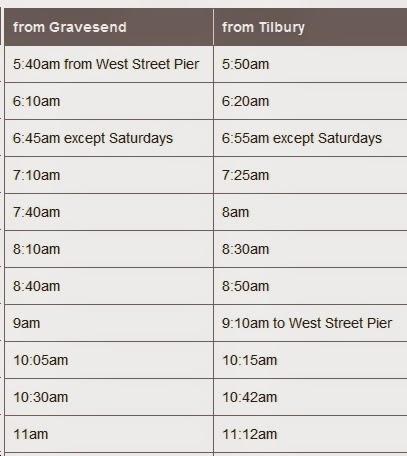 But cruise ships bring in more lolly than a few highly subsidised ferry passengers, so they can get stuffed bussed.  At least the ejected Kentish folk and Essex man/woman will not have to pay for their extended journey. 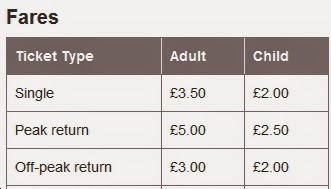 But it does seem a little unfair. Couldn't the cruise boats park side by side and have a plank between them?

Fear of the number 13 has a specifically recognized phobia, Triskaidekaphobia, a word coined in 1911. As a result, companies and manufacturers use another way of numbering or labeling to avoid the number, with hotels and tall buildings being conspicuous examples (no thirteenth floor). It's also considered unlucky to have thirteen guests at a table. Friday the 13th has been considered the unluckiest day of the month.

The reason for this "fear" is lost in the mists of history but may be connected with our complex calendar with 12 solar "months" tangled up with 13 lunar months. An alternative explanation brings us back to Bible narratives.

There were 13 present at the Last Supper, the meal which began the final 18 hours of Jesus' (human) life.

The "unlucky" 13th was either Jesus who left to go, as it turned out, to his arrest and death; OR Judas who performed that "tragic" act of betrayal and then committed suicide.

But, as far as he Bible is concerned, nothing about the story of Jesus was "bad luck". At the first Christmas, the baby Jesus, sweet and lovely in his sanitised crib, was born to give his Life via the agony of the crucifixion.