A Revolution in Train Design?

We are used to Mark 1 railway coaches because they now form the usual passenger stock on today's preserved railways. 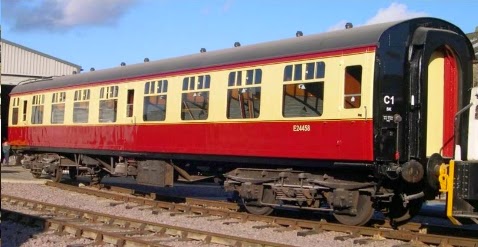 They incorporated the best bits of coach deign from the pre-nationalisation railway companies and production began in 1957. Shorter versions were used for non-corridor suburban services.

Originally liveried in British Railways chosen standard "blood and custard" they later became not so standard maroon. Exceptions being green for the Southern region ... 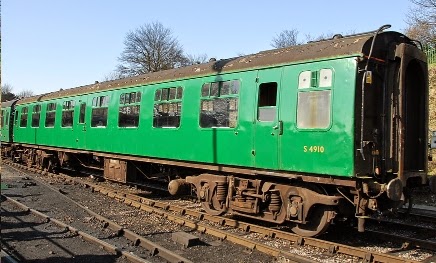 ... and chocolate & cream for the Western.

Near the end of the production of hauled Mark 1 stock came a series of eight experimental carriages known as the XP64 set. Three Corridor Firsts, two Corridor Seconds, and three Tourist Second Opens were built by Derby Carriage Works in 1964. Externally they resembled Mark 1 stock with the addition of a cosmetic cover over the solebars of the standard Mark 1 underframes, but inside they included many new features, including pressure ventilation, new seating designs and wider bi-fold doors. Many of these features were later incorporated in the Mark 2 stock produced from 1964.

The XP64 rake was a largely cosmetic revamp of a standard Mark 1 ... 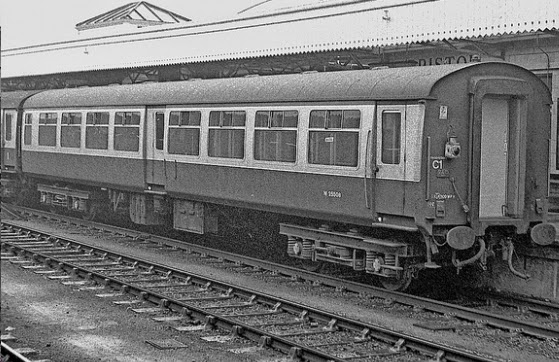 ... with wider two part doors and the underframe "hidden" by body moulding. Initially the train ran with a Brush Type 4 in a special livery marking the first experiments with the revolutionary "rail blue" livery as shown in this National Railway Museum piccy. 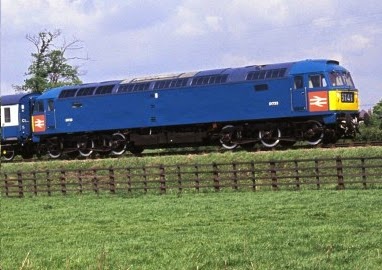 In effect these vehicles were to be a test bed for internal design prior to the introduction of a standard Mark 2 design. This YouTube video describes the set in a typically effusive style.
The new standard coach went from Mark 2 then 2a to Mark 2f but the core construction principles were the same. In place of the traditional steel underframe came an integral construction. The coach was basically a strong metal tube with bogies etc. slung below.

Mark 2, 2a and 2b were basically similar with detailed internal differences. 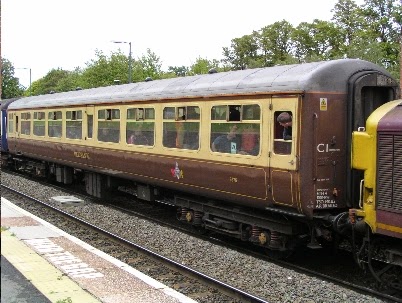 Also the centre door was deemed to be no longer needed from version 2b. The 2c had a lowered ceiling to make way for air conditioning which was never fitted. 2d,e and f did have aircon and thus opening windows disappeared. 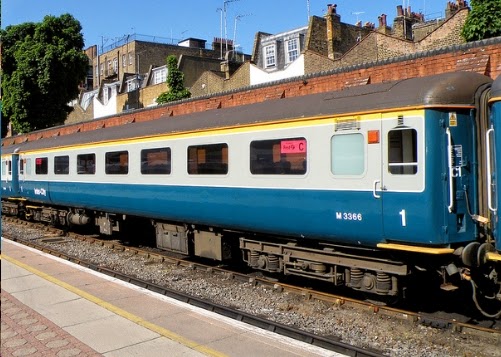 Now these coaches, too, have all but disappeared from National Rail operation, with some forming charter train stock. 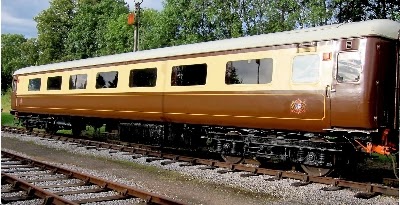 What provoked this XP64 jubilee memory was the first carriage that fbb bought for his model railway; to become a miniature mythical museum of railway passenger stock. Some early Mark 2s had polished aluminium window frames, later painted over. The fbb model shows this feature as bright silver, akin to chromium plating.

Unfortunately, the flanges on the wheels won't go through fbb's (universal) pointwork. so this beast will form a static cafe and bookshop model to refresh (gastronomically and intellectually) the 4mm to the foot visitors. The shiny window frames will be toned down. 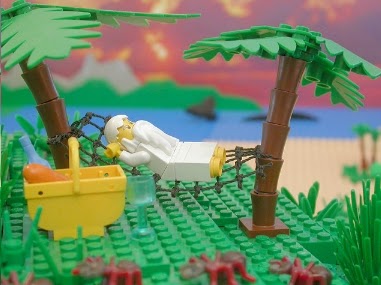 It is obviously a daft idea to suggest that an omnipotent God needs a rest after six "days" of travail; so what's it all about?

Jumping forward a goodly length of time we read reports of Jesus under attack from the legalistic leaders because he dared to heal a man on "shabbat", the day when no work could be done. Christ's reply gives us an answer to the purpose of that Genesis rest day story.

Then Jesus said to them, "The Sabbath was made for man, not man for the Sabbath." The seven day cycle is almost universal throughout the world. Attempts to have a different length of "week", as in the French Revolution period when ten days were instituted, have all failed. It seems that six days of activity and one complete break is best.

Critics of Judaism and Christianity often object to a vengeful God who terrorises his people ... 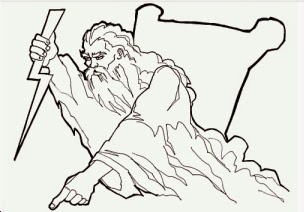 ... but the Old Testament is, above all, a 2000 year account of how God seeks to encourage his people and provide for their well-being. But because of the risky god-given gift of freedom of choice, and just like the duty of a loving parent, the child needs to be punished occasionally. 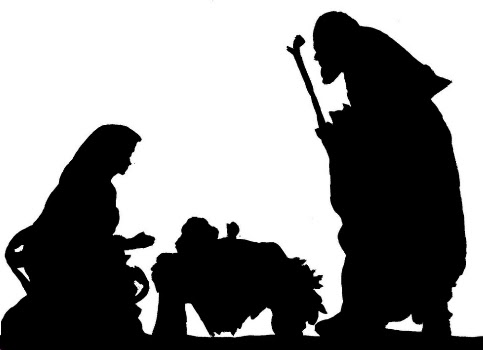