The Trouble with Tunnels 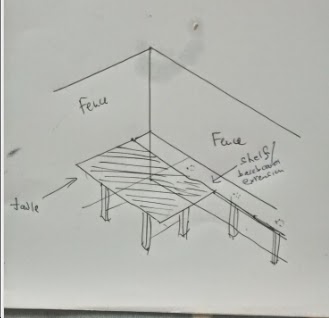 Using the garden table as a baseboard, you will remember that the chubby one wanted an extension shelf to give his 4mm scale people at least a bit of track to travel along. No 1 son's visit moved the project on. From a plank resting precariously on a garden chair ... 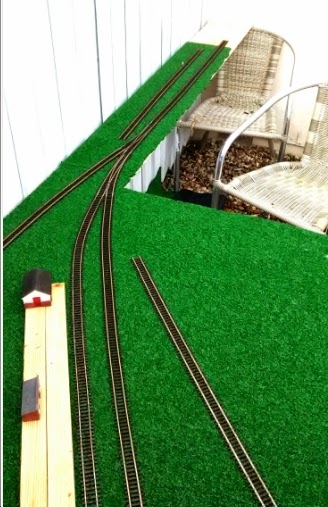 ... the DIY expert in the family (?) constructed something more "elegant"; a lovely set of legs (not necessarily No 1 son's - but on the railway). 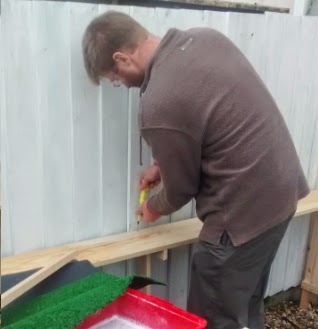 Now all model railways need a tunnel. The main reason is to disguise the fact that the track is going nowhere. The technical term is a "scenic break". 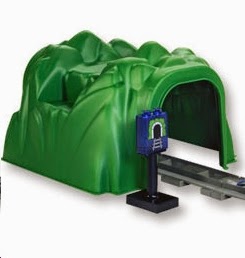 The idea that the civil engineers should make a bee-line for the only mini-Wrekin mound on an otherwise flat plain never satisfied the enquiring mind of the pre-teen pre-fbb. You can still buy silly tunnels; they are just a bit more knobbly and better decorated. 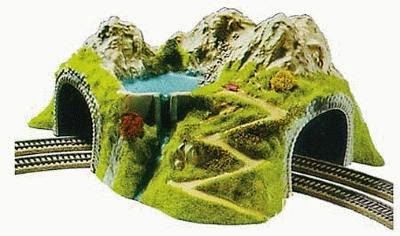 By setting his minimalistic layout in the fictional Peterville Quarry, fbb had a good excuse for a line into a tunnel. Indeed your elderly blogger does remember, years and years ago, a journey by car in the Corby area where prototype almost mirrored the toy. 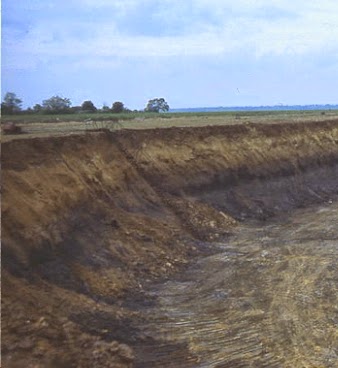 fbb could not find a picture of the actual site, but iron ore had been scooped out on both sides of a tunnel leaving the trains disappearing into a tunnel that was above ground. Well nearly.

So for a model quarry face, defying any geological truth to save space, you do something clever with chicken wire and polyfilla. But the fbb construction has to stand the rigours of outdoor life, both meteorological and investigative on the part of the neighbours' cats. [Stubbs, the fbb moggy, is too decrepit to do anything athletic like springing onto a model railway tunnel in pursuit of an avian snack.] 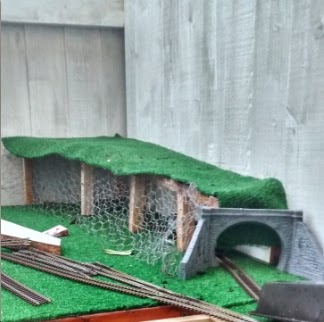 The concept was OK but the execution was a disaster darling and so depressing that the constructor thereof was just too embarrassed to take a picture. Instead the rock face was assembled from old scraps of timber (free from the builders yard next door), one of Mrs fbb's old bath towels and then the sand and cement. 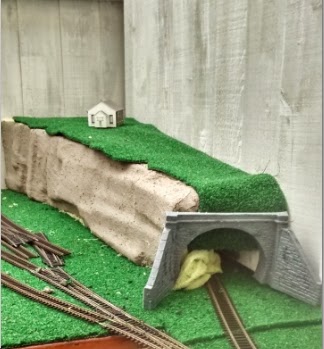 [NB bit of bath towel protruding from tunnel mouth] With a bit of careful "fettling-up" and a lick of paint, an acceptable quarry-face is emerging from the chaos and incompetence. 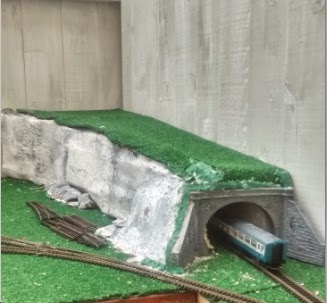 Health and Safety requirements for fencing top and bottom are next on the list plus some arboreal additions. There will (possibly by year 2025!) be a painted background as well.

The idea is to build a church on top of the quarry. Our readers will now be sniggering with ridicule. fbb may claim just a smidgen of realism with a tunnel adjacent to a quarry face, but a church teetering on the precipitous edge is surely putting the concept of Divine protection to the test!

No so! Travel to Breedon-un-the-Hill in Leicestershire. 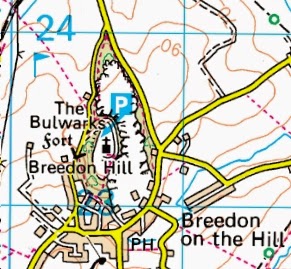 Breedon-on-the-Hill is, amazimgly, built on a hill. Much of the hill has been quarried away leaving the Priory Church of St Mary and St Hardulph perched on the edge. 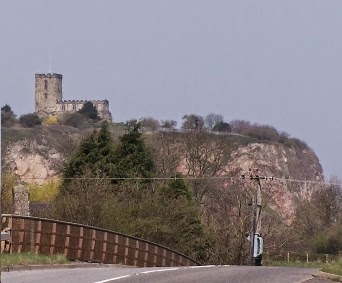 Not only that, but close by was once a railway station. 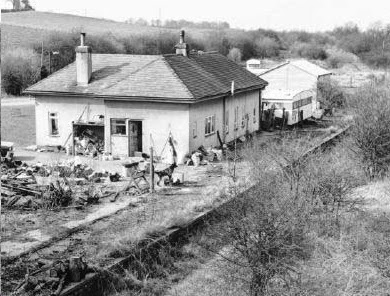 Tonge and Breedon (sometime Tong and Breedon) was on the Midland Railway Derby to Ashby-de-la-Zouch line built in 1874. 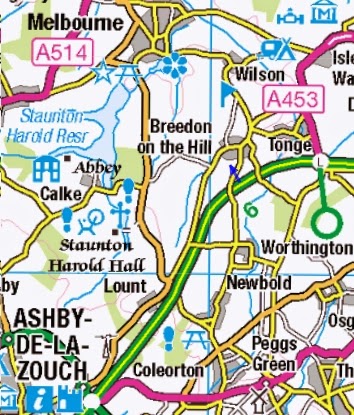 The line was used by the British Army and Allied engineers during the Second World War from 1939 until late 1944 to prepare them for the invasion of mainland Europe. Engineers practised the demolition and rebuilding of railways and the running and maintenance of a railway line and its rolling stock. There was also a bridge building school at Kings Newton.

The trackbed through the former station is now part of National Cycle Route 6. 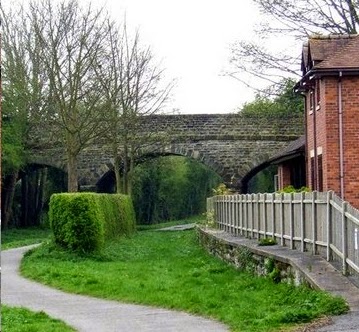 The house is an extension to the former station building. 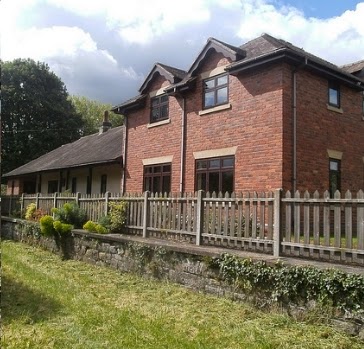 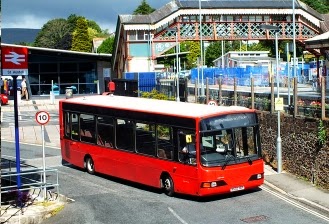 This company, less than a year old, has announced that it will close on 31st December. The company's Facebook page says that the closure is "due to a dispute with the Traffic Commissioners." First Bus will cover part of its service 30 (between Carclaze and St Austell) from 5th January.

New 30 - Monday to Friday only 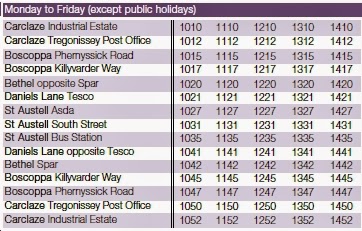 The rest of the 30 is covered by First's 27, extended from StAustell to Bodmin on the same date Other bits of Cornwall Busways' "network" were already competing with existing services. fbb has reported (briefly!) on the operation in a previous blog (here)
-----------------------------------------------
Advent
Calendar
30th
but when?
Whilst every nativity scene and most Christmas cards show shepherds (with their angels), animals and wise men (with their star) cluttering up the animal shed occupied by Mary, Joseph and their first born ... 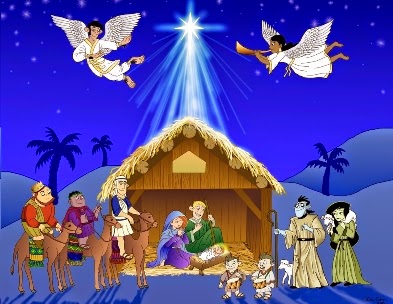 ... the truth is less crowded. Luke concentrates on the personal changes brought about by the seasonal miracle whereas Matthew, writing for fellow Jews, is far more anxious to show his readers that the baby Jesus IS God's Messiah. No doubt, in the days and months following the birth, loadsa relatives, friends and curious hangers-on would have visited. The story would have "got round".

But, by the time the "wise men" got there, up to two years may well have passed. Why this proposal, striking familiarity from the traditional scene? This is what Matthew wrote, reporting on Herod's reaction to a competitor for his throne.

So Herod called the visitors from the East to a secret meeting and found out from them the exact time the star had appeared. 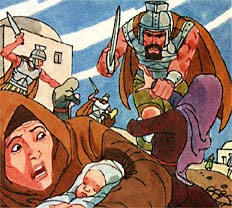 not often included in a Nativity play!

When Herod realized that the visitors from the East had tricked him, he was furious. He gave orders to kill all the boys in Bethlehem and its neighborhood who were two years old and younger; this was done in accordance with what he had learned from the visitors about the time when the star had appeared.

It makes a lot of sense. Working from astrological star charts (the one below is Chinese) they would have had a long tiring journey ... 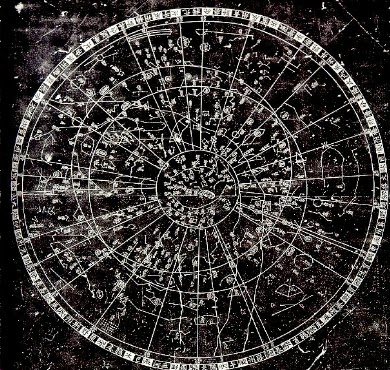 ... as described by poet T S Eliot in "The Journey of the Magi".

But, again, it was not the wiseness of the men; not the rigours of the journey; nor the detailed astronomical observations that motivated Matthew to include this obscure little narrative in his gospel.

It was the truth that the astrologers revealed that mattered. That truth was the essence of Christmas.