The European tradition, which has long included giving money and other gifts to those who were needy and in service positions, has been dated to the Middle Ages, but the exact origin is unknown. It is believed to be in reference to the Alms Box placed in places of worship to collect donations to the poor.

In Britain, it was a custom for tradespeople to collect "Christmas boxes" of money or presents on the first weekday after Christmas as thanks for good service throughout the year. This is mentioned in Samuel Pepys' diary entry for 19 December 1663. This custom is linked to an older English tradition: since they would have to wait on their masters on Christmas Day, the servants of the wealthy were allowed the next day to visit their families. The employers would give each servant a box to take home containing gifts and bonuses, and maybe sometimes leftover food. In fbb's youth, it was still a holiday but one where sport was important. Often the youthful blogger-to-be was taken out in the family jalopy to look for the Pytchley Hunt. Once, and only once, in a dozen expeditions did anyone see a huntsman. He was alone, having got lost! Now we are not allowed to hunt the cuddly fox as it is barbaric. We must leave jolly Reynard to wander through farm and garden savaging chickens, rabbits and anything else edible. But that isn't barbaric, apparently!

But nowadays it is very much a day for the shops ... 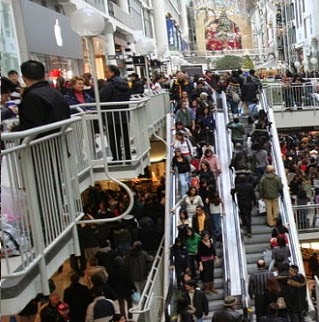 
So how does public transport respond to the needs of shoppers and sports enthusiasts on this potentially profitable day?

Can we, indeed, let the train take the strain?


In London, where it will be all happening at Westfield Shepherds Bush and Westfield Stratford (open from 0700!!!!), what is on offer from Boris' pride and joy, the London Overground, one of the main links to these temples of consumerism? 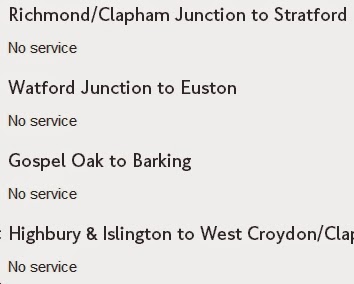 There is a rumour that Southern will be operating a limited service similar to last year but it remains a closely guarded on-line secret. At least fbb could not find it; but we all know of his "senior moments"; rapidly developing into senior hours and days!

South Eastern are running half-hourly from Ashford to St Pancakes.

This outburst of commercial experimentation may have more to do with the fact the Eurostar is running, so the line is, by definition, open. We wouldn't want to make a post-festive effort, now would we? Eurostar's web site remains silent on the matter of seasonal services unless you want to ski. fbb doesn't.

Chiltern have joined in this year with a half hourly service to Bicester North. 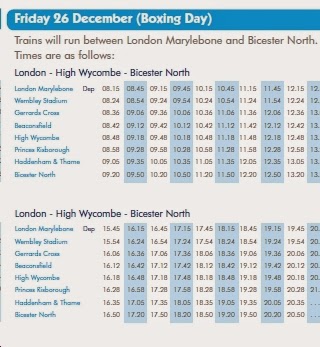 Might this be more to do with a financial deal with Bicester Village ... 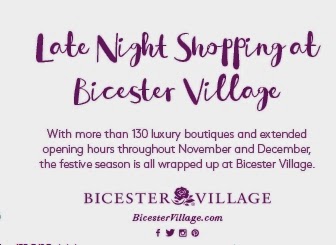 ... although you would need to make sure the bus link is running. It's a longish walk with all those bargains! 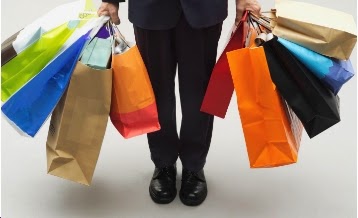 Getting here by Train
The easiest way to reach Bicester Village is by train. When you arrive into Bicester North station, a dedicated shuttle bus will be waiting to transport you the short journey to the Village.

Surely Scotland fares better with the Caledonian emphasis on new year to the slight detriment of the commercial Christmas? Well, it does and it doesn't.

If you live in the Glasgow area you have a "reduced" service on most local lines on Boxing Day. 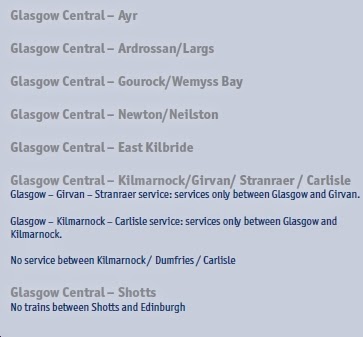 But if you suffer the misfortune of living way out in the sticks in say, *d*nb*rgh, you get nary a train! Indeed trains that might run between Glasgow and the Capital only run to the "border", as in Shotts (above). Here the "bah humbug" armed guards will send you back to Glesga with your festive tail between your legs. Ditto when you get to Broxburn.

Ask the DaFT (Department for Roads) and they will tell you that it is a commercial decision by the train operators as to whether they run on Boxing Day. Twaddle! Nothing on the railways is a simple commercial decision. Mr McLaughlin and his Marsham Street mandarins could easily specify a seasonal service for Boxing Day in the franchise agreements.

The rail companies might be surprised at the result!

Tomorrow we take a look at Boxing Day for the UK bus industry.

And it's even dafter!


Whilst you are waiting for tomorrow's thrilling blog (?), time to consider an interesting press release headline from First South Yorkshire.

So just pop down to the depot and help yourselves to some free money. 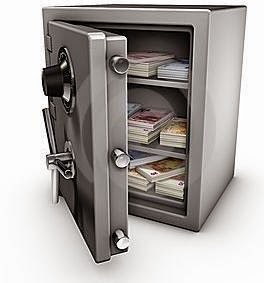 Sadly not so. Boo. The headline looks better when slightly re-arranged.


It is part of a Town Council and stakeholders (you have to have some of them these days!) scheme to help the vulnerable feel safe in the town centre. 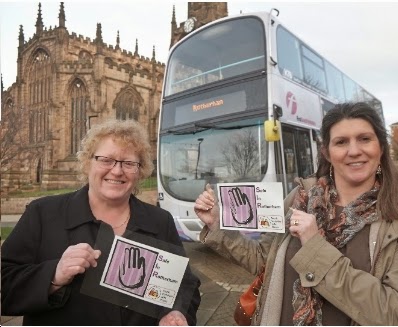 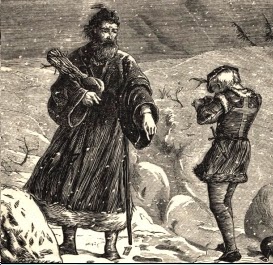 We include in in our mental list of Christmas carols; its author included it in his published book of carols.

"Good King Wenceslas" is a popular Christmas carol that tells a story of a king braving harsh winter weather to give alms to a poor peasant on the Feast of Stephen (December 26). During the journey, his page is about to give up the struggle against the cold weather, but is enabled to continue by following the king's footprints, step for step, through the deep snow. The legend is based on the life of the historical Saint Wenceslaus I, Duke of Bohemia (907 to 935).

In 1853, English hymnwriter John Mason Neale wrote the "Wenceslas" lyrics, in collaboration with his music editor Thomas Helmore, and the carol first appeared in Carols for Christmas-Tide, 1853. Neale's lyrics were set to the melody of a 13th-century spring carol "Tempus adest floridum" ("The time is near for flowering") first published in the 1582 Finnish song collection Piae Cantiones.

It has two tenuous link to the Nativity story itself. From a church point of view, Christmas started yesterday (not early in October!) and ill continue until 6th January. Secondly it does illustrate one of the consequences of Christmas, Christ's teaching about our social responsibility. But it is not "charity" in isolation. Jesus' summary of the ten commandments explains the link.


One is a consequence of the other. The page falters in the harsh Bohemian weather ...

"Sire, the night is darker now, and the wind blows stronger;
Fails my heart, I know not how; I can go no longer."
"Mark my footsteps, good my page ...

... but draws his strength from the footsteps of his Master. Intentionally or otherwise, that beautifully illustrates the whole reason for the season